A talk with Colin Lorimer about his new project announced Wednesday at Image Expo at Emerald City Comic Con.

I first became aware of Colin Lorimer through Burning Fields (click here) — and a lot more people are going to know his name after the announcement of The Hunt, his new project scheduled to begin in July under Image’s Shadowline imprint.

Colin’s not just on art duties on this one: The Hunt is an enterprise he’s created from scratch as writer and artist. 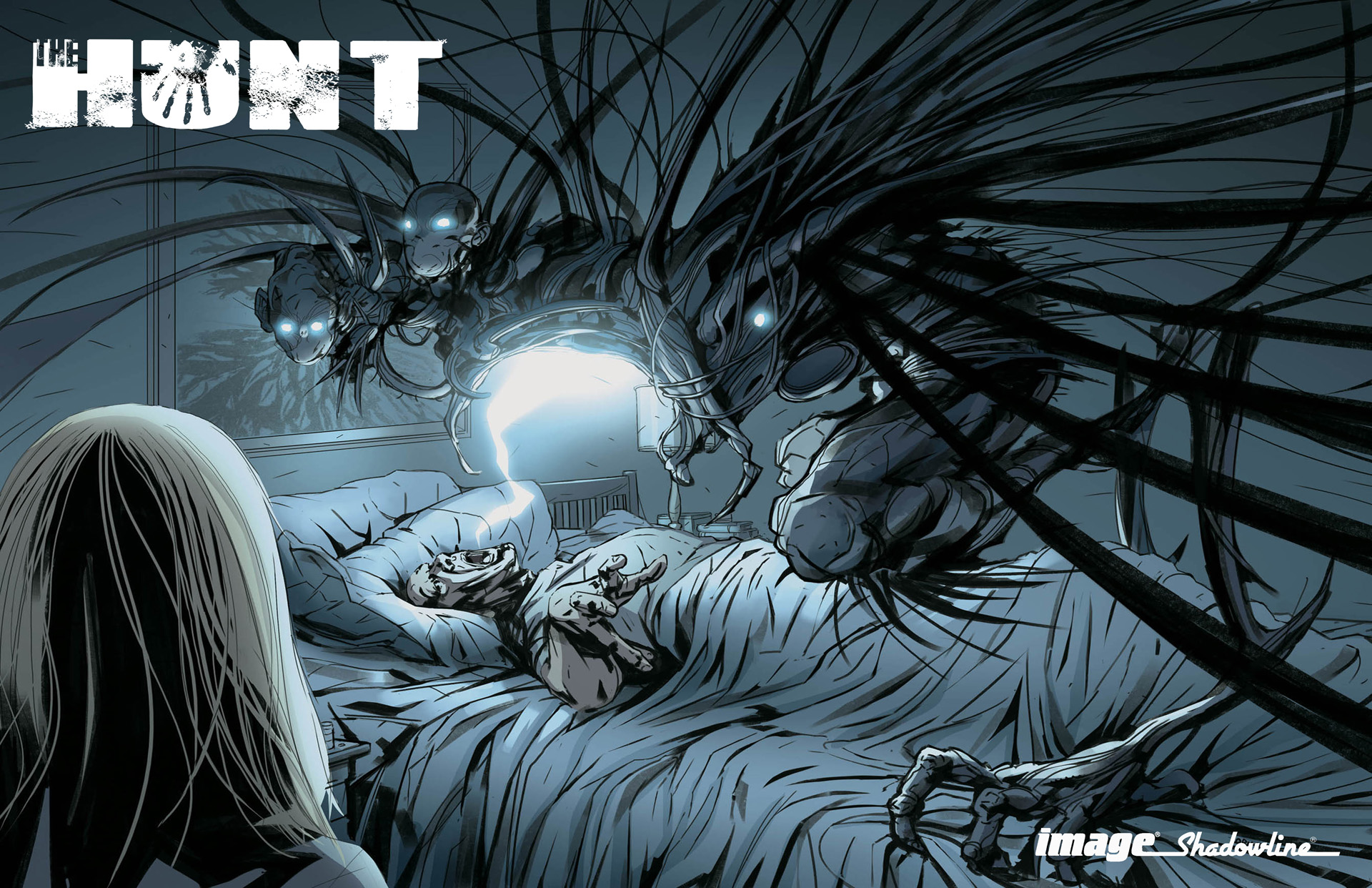 Dan Greenfield: What’s the Secret Origin of The Hunt?

Colin Lorimer: The idea for The Hunt has been percolating for quite some time now. It was originally based on my own terrifying childhood experiences of dealing with night terrors and sleep paralysis. It was always to be set in Ireland, but researching and reading into old Irish folklore tales gave it that extra something that it needed and it was full-steam ahead from that moment on. 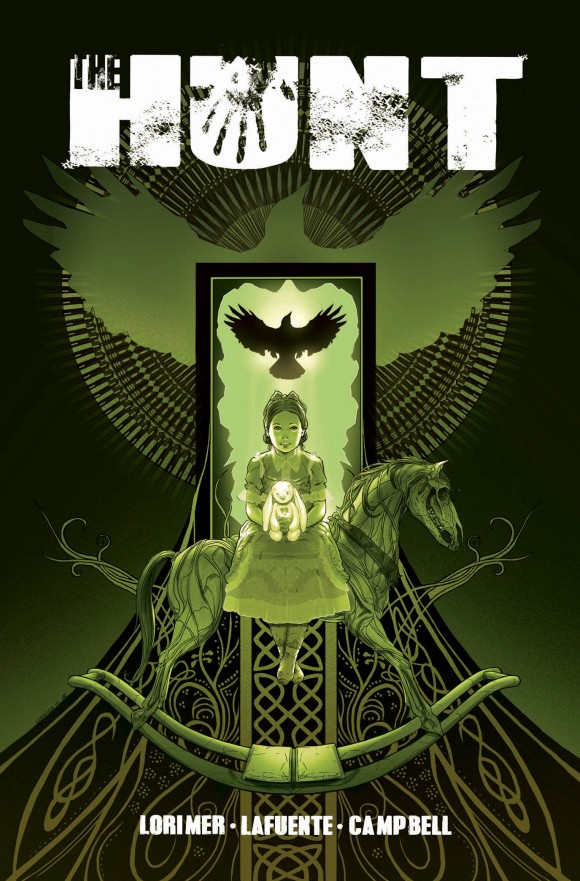 Colin: Orla Roche is a teenager who has become somewhat of an outcast due to her past history; she believes in fairies — the dangerous kind. For a long time she couldn’t tell fantasy from reality, but now she knows the difference. The Hunt is coming and its nightmare world of the restless dead will come crashing into hers. An intense story of survival, The Hunt is a supernatural horror tale that will give Irish mythology a distinctly modern twist.

The Hunt is currently planned as a five issue mini-series but I hope it sells well, and people dig it enough that it can continue into an ongoing. I have a lot planned for Orla.

I’m joined on the book by the amazing, Joana Lafuente who will be coloring the book and the esteemed Jim Campbell on letters. It’s wonderful to have two fantastic pros working with me. 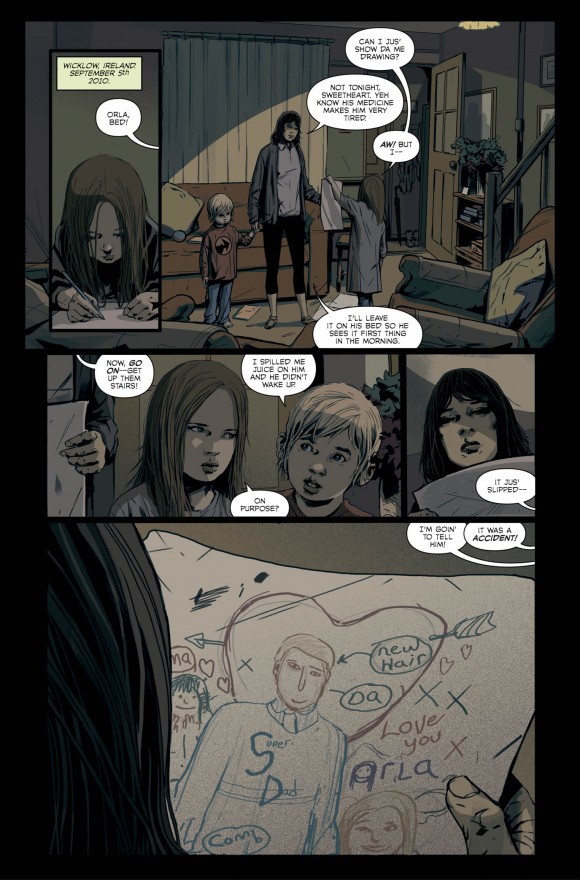 Dan: You’re better known as an artist but you’re writing this too. Tell me about that transition.

Colin: That’s true. My break into comics came with Dark Horse Comics and a few shorts written for Dark Horse Presents and that strip then blossomed into my first graphic novel, UXB. At the same time I was working on Harvest as an artist/co-creator and after that wrapped up, I was offered a lot of freelance work, some creator-owned, and some work-for-hire. I’ve had a blast working for various publishers and with other creators but I’ve been hankering to get back to the writer/artist thing. The Hunt would be my first series and I’ve Jim Valentino to thank for giving it the green light.

I love the process of writing as much as I do the art side and I hit both with the same respect and work ethic. It’s just when I’m writing and drawing on a project I have to set a hell of a lot more time aside. I write a full script for the most part, but on occasion, I will leave certain scenes a little looser and work them through visually to make sure they play. It’s great to have that freedom. I’m always pushing and challenging myself as a writer as I realize the perception of me to most is that I’m an “artist” so that always makes me work a little bit harder. 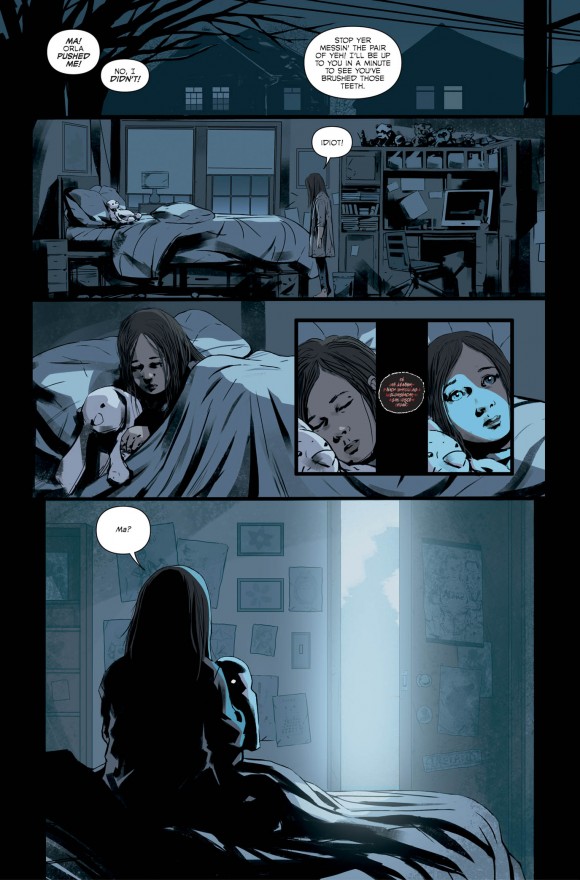 Colin: “horror that  genuinely unnerves and gets under the skin with some terrifying visuals” 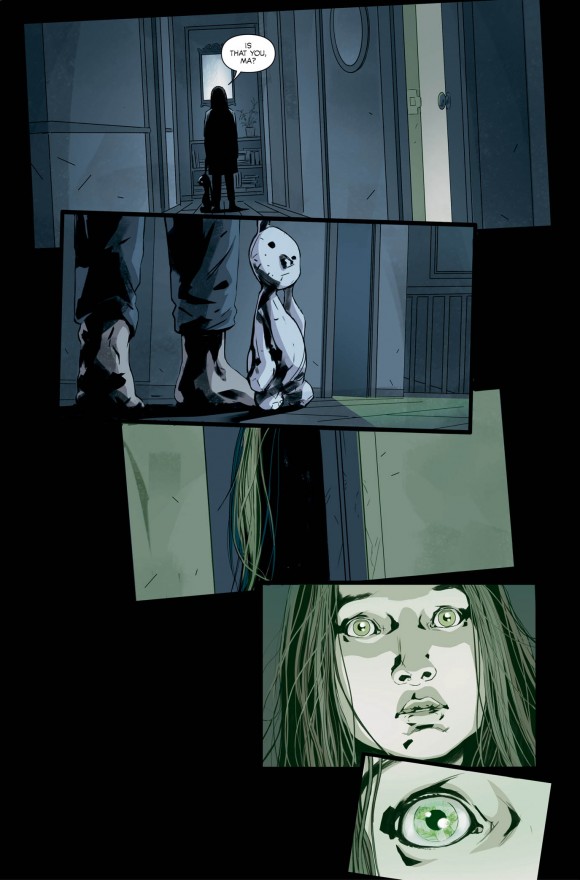 Dan: What are you reading yourself these days?

Colin: I recently picked up the rather brilliant Rosalie Lightning by Tom Hart, the new Daniel Clowes book, Patience. I’m catching up on East of West by Hickman and Dragotta; Saga by Vaughan and Staples; Deadly Class by Remender and Craig, and also recently turned on to Huck because I love Rafael Albuquerque’s artwork so much. 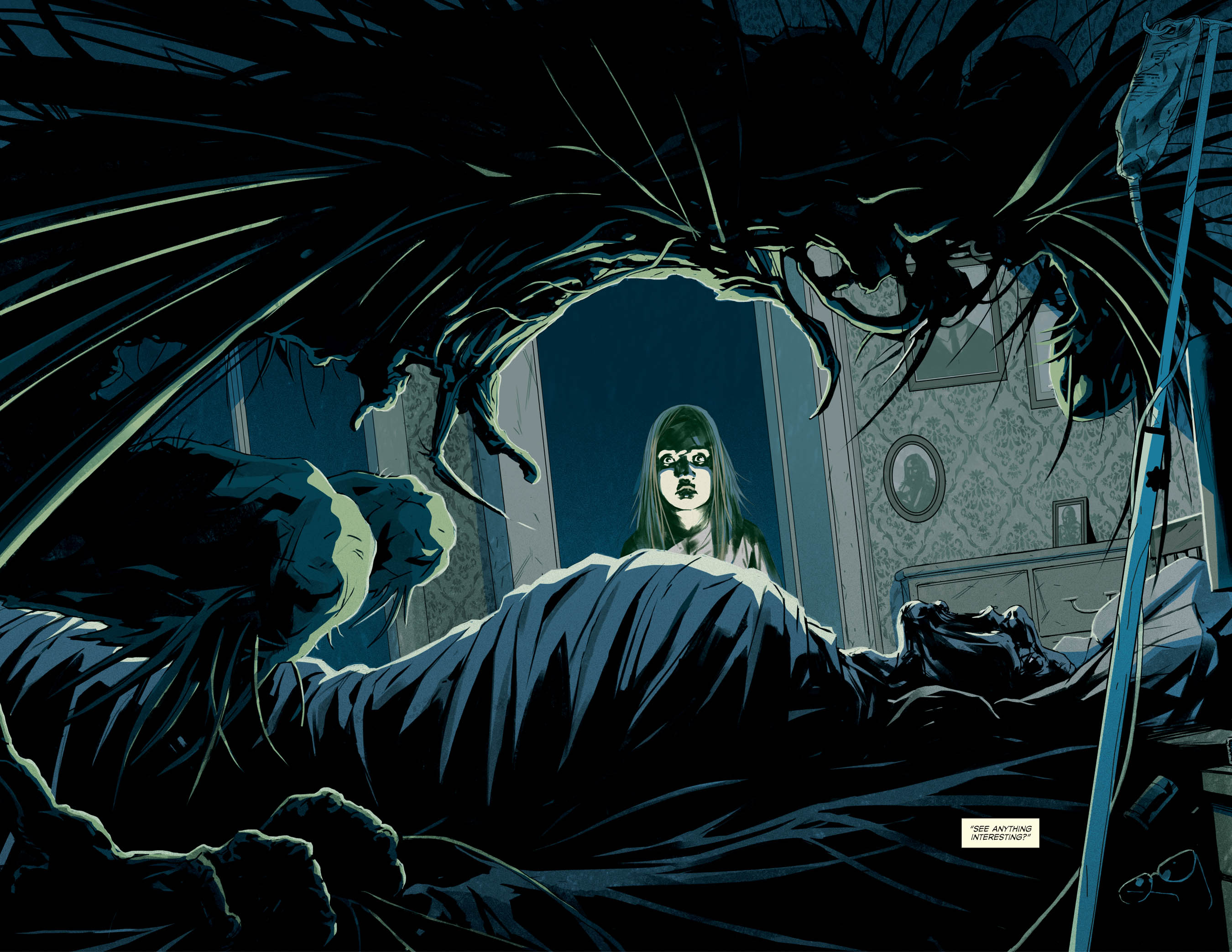 The Hunt #1 is scheduled for July, from Image Shadowline.