You’ve only seen the concept shots — until now.

Funko has shown off quite a bit of its upcoming 3.75-inch-scale Batman ’66 line (click here), but one figure that’s been missing from the prototype shots has been Julie Newmar’s Catwoman.

Though she was announced at Toy Fair in February with the rest of Wave 1, the figure itself was not in Funko’s display case (seen above). We’ve seen concept shots like these… 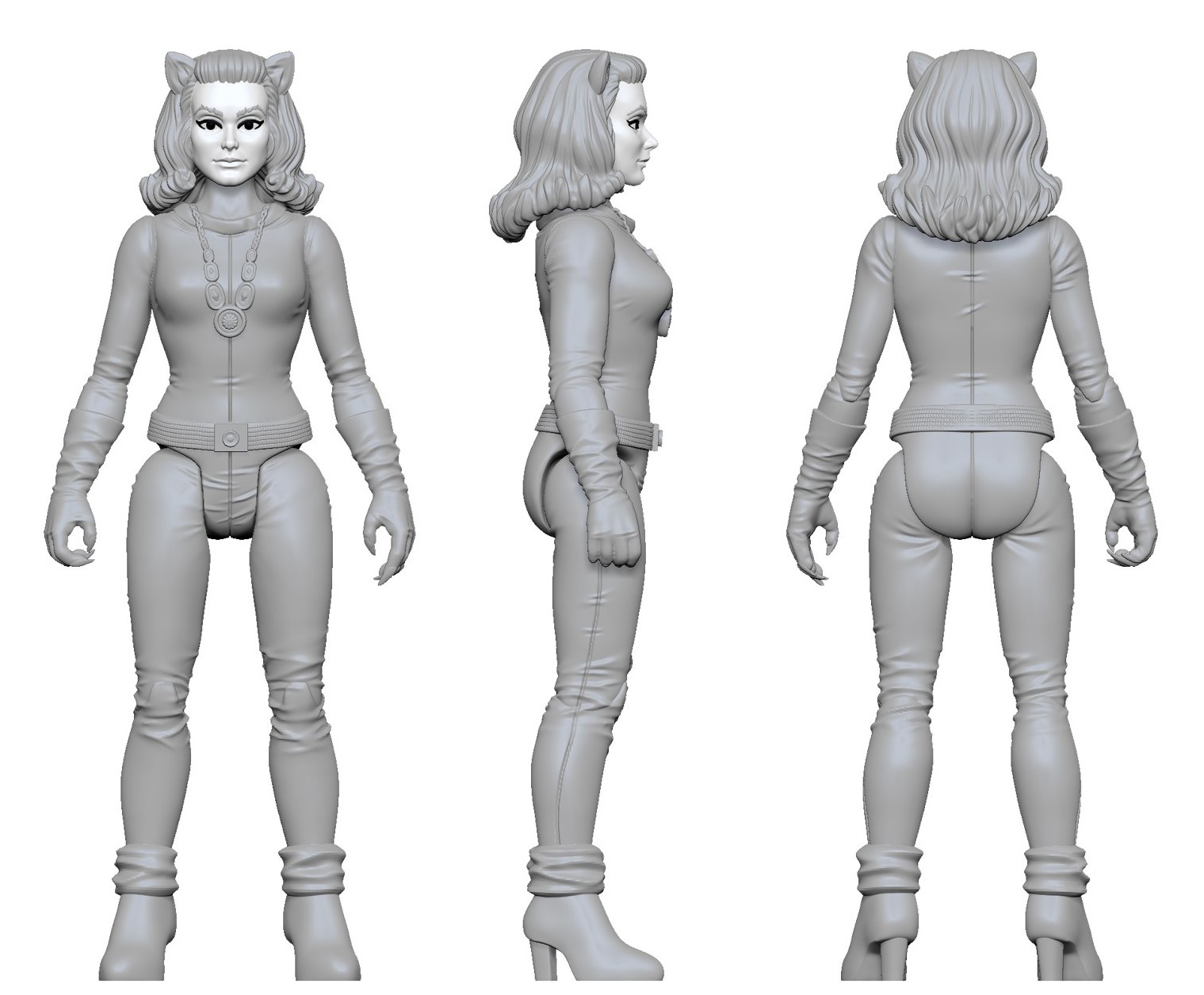 … but now, for the first time, you can see her prototype figure, courtesy of some informal shots by the Funko creative team: 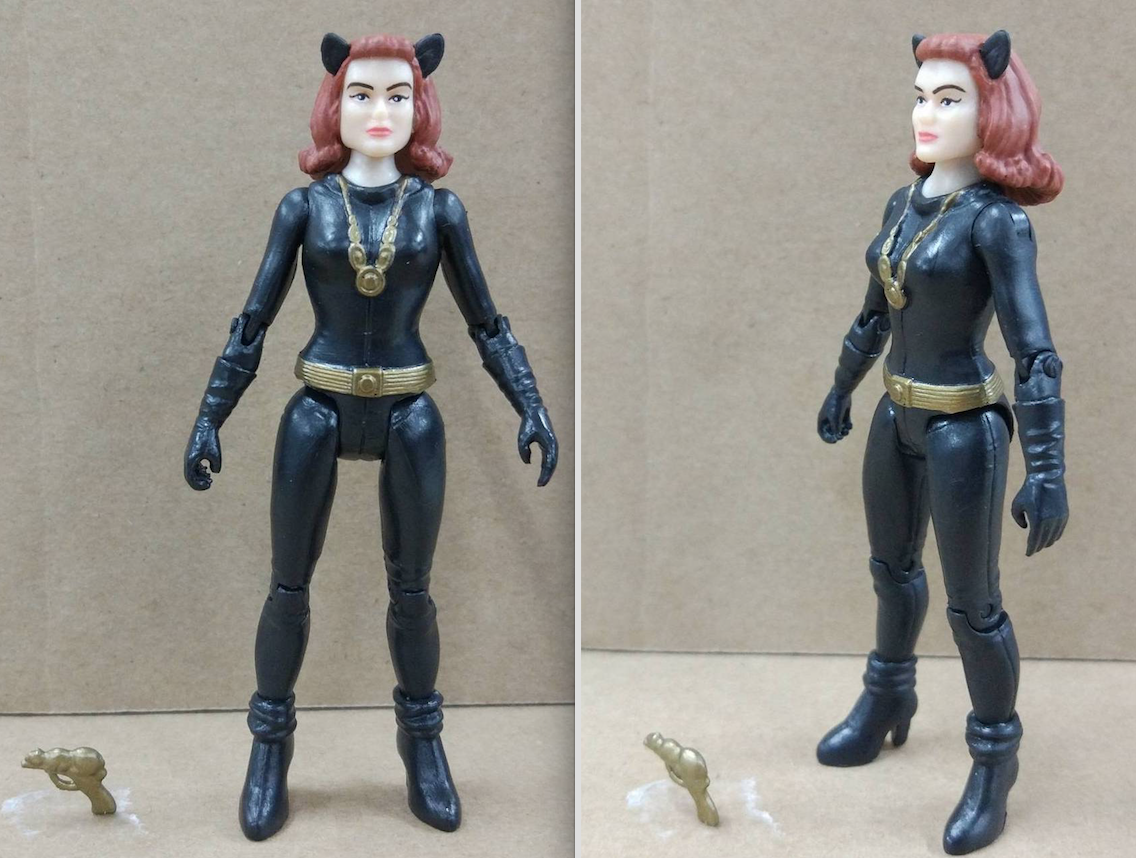 As always with these figures, she seems to have a nice level of detail, especially considering the scale. I dig the Catgun — it’s nice that all these figures will come with accessories. Groovy bonus. 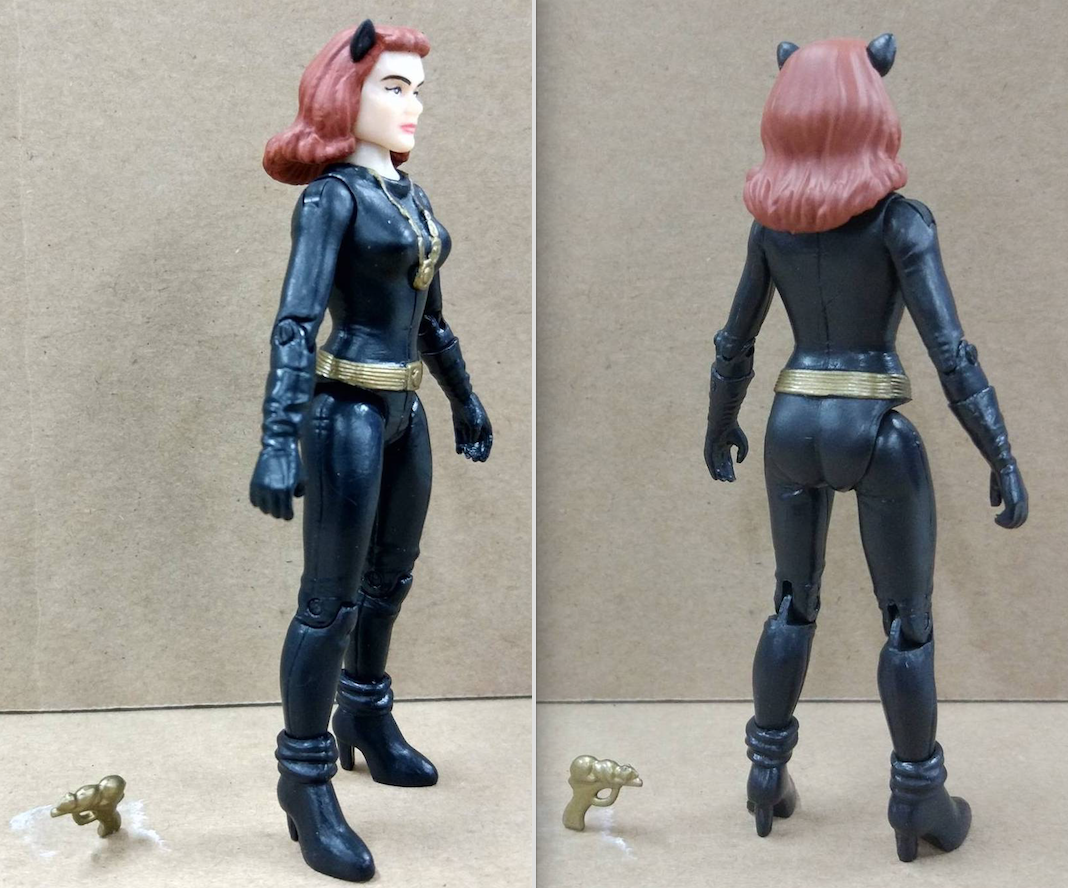 We also have some concept shots of her in the mask. Hopefully, that’s an indication of a variant figure in the next wave.

Don’t forget, the Batmobile, with Batman and Robin, is due out later this month (click here for info), with the full Wave 1 expected this summer. More on that soon!