A day early for this week’s GOTHAM TRIBUNE column, but it’s a special one: An EXCLUSIVE advance look at three of Mike Allred’s BATMAN ’66-themed variant covers coming next month from DC!DC’s angle for May’s variant covers is BATMAN ’66, starring the artwork of Allred, one of our favorites here at 13th Dimension. Allred is the regular cover artist on the digital-first title, but he’s taking his talents to the rest of the DC Universe with a series of Batman ’66-styled covers for about 20 titles — even if a lot of them have nothing to do with Batman’s world. In essence, they’re covers that present DC’s mainstays in the confines of the Silver Age/Swingin’ Sixties aesthetic of the show. (Oh, and to be sure, there’s PLENTY of Batfolk around!)

DC showed off a couple when they made the announcement a while back, but we here at 13th Dimension have been provided with the three fancy new covers:

Batgirl #31, with the TV show version of the Dominoed Daredoll, surrounded by a shadowy cast of vile villainy! Can you name them all? 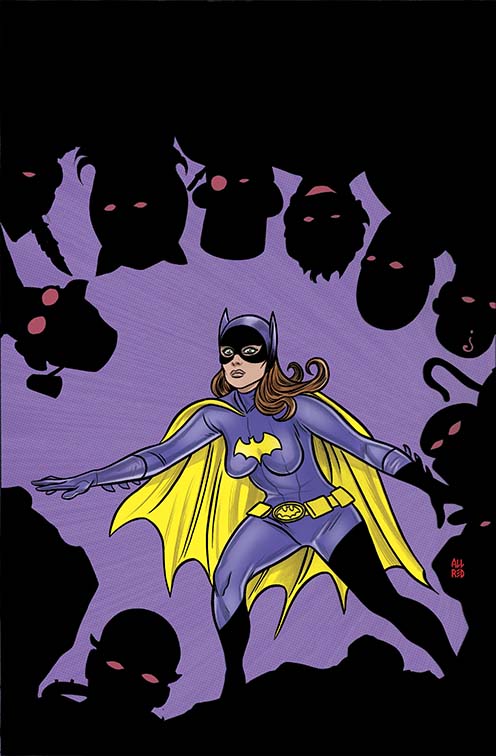 Then there’s Green Lantern Corps #31, in which the emerald warriors find a somewhat more practical way of going up a building … 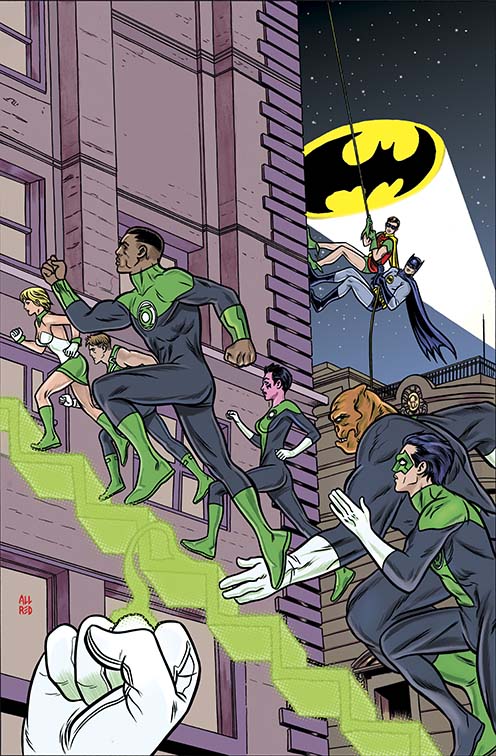 And what would the Silver Age be without some Young Romance? Or Young Love? Or Heart Throbs? Or …  you get the idea. So here’s Superman/Wonder Woman #8. Is that Diana using the golden lasso to bring Clark to heel? 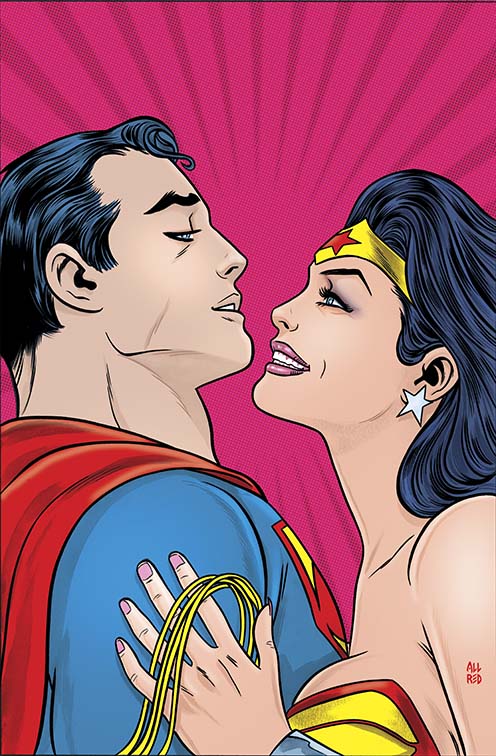 Great Scott, I love this stuff!

BATBOOK OF THE WEEK: Well, that’s easy. It’s Batman and Wonder Woman #30, which we exclusively previewed right here. It’s the next chapter in the HUNT FOR ROBIN, that brought us a Batman and Aquaman team-up last month. Then again, we do have Snyder and Capullo’s Batman #30, and the next installment of “Zero Year”; Batman Eternal #2, the second chapter of the new weekly; the always enjoyable Harley Quinn #5; and, Justice League #29, as we get closer and closer to learning the real “final” fate of Nightwing. As usual, you’ll see other Batbooks on the shelves (or in your tablets) Wednesday but these are the ones that have my attention. 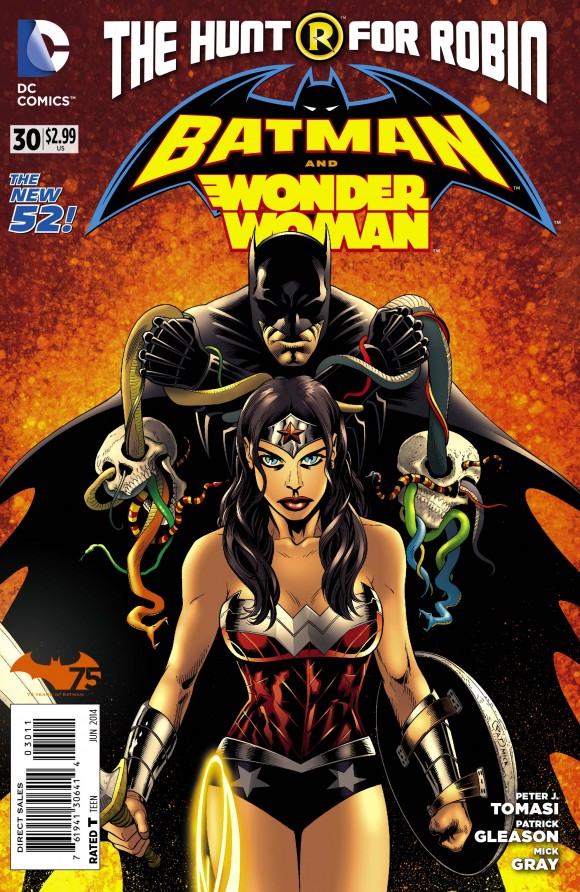