One of the biggest Batbooks of the year comes out tomorrow: The weekly BATMAN ETERNAL #1. And we’ve got co-writer James Tynion IV here to tease you aplenty! 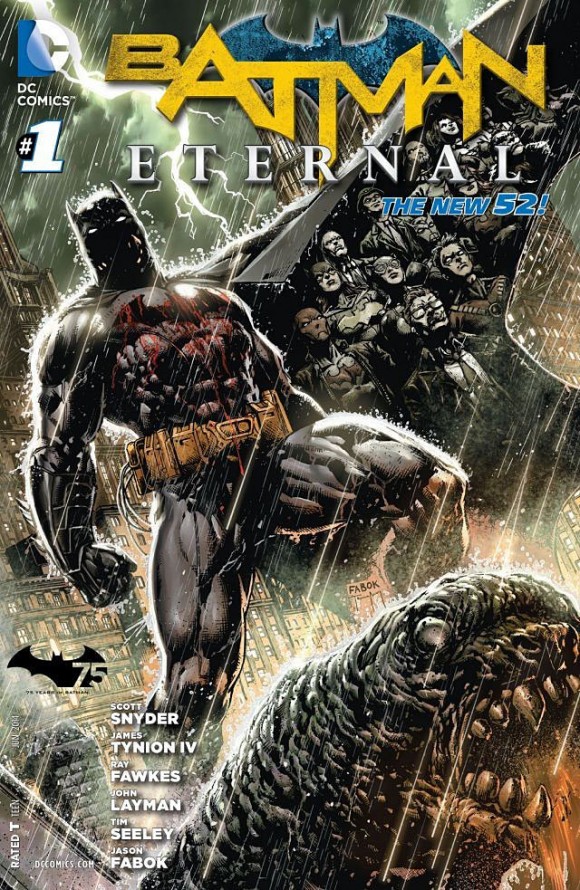 Dan Greenfield: Tell us what readers can look forward to in the first month of the book.

James Tynion IV: The first three issues were scripted by Scott (Snyder) and myself, and we’ve always thought of them together as the “Pilot” for the whole yearlong arc. We wanted to set all the pieces on the table and show how dangerous this year is going to be for all of our favorite Gothamites. We’ll start with a tragedy that will haunt Gotham City for years… Something that violently tears apart the ways in which Batman operates effectively as a vigilante in Gotham, and that sets off a chain of events that will leave Gotham in fiery chaos by the end of the story. This is the beginning of a horrifying mystery that is going to reach out to every corner of the Bat-Universe, and we’ll see how that story will launch a series of other stories over Issues 4-7, which set a number of your favorite Bat-Characters off on their own paths to discover the darkness that’s being unleashed on Gotham

Obviously you’re working closely together with a crew of creators, but how are you handling what’s going on in say, Detective and “Batman and …”

Part of the goal with this book is to give those titles room to tell the incredible stories they want to tell. The world of Eternal will certainly ripple out across the entire Batman line, but this is Batman’s 75th Anniversary, and all of the Bat-teams are going to be telling the biggest, best stories they possibly can. Why give people one amazing Batman story, when you can have something incredible happening in each and every book?

How is the collaboration working? Explain the interplay between you, Scott, and the other writers. Is it all writers in each issue? Do you pass off story beats to one another? Inquiring minds want to know …

Basically, Scott and I sat down and crafted a huge skeleton document last summer, which we then broke down and discussed in the first Eternal Summit with the entire group, molding and reshaping the story beats into something we were all happy with. Then we set out writing the entire first act of the series… The basic gist of the format we’ll be using here is the aforementioned 3-Issue pilot by Scott and myself, then a one-shot by John (Layman), one by me, one by Ray (Fawkes), and one by Tim (Seeley). … And then we launch into a series of 3-issue story arcs, each arc by a different one of the core writers. We felt this was the best way to keep working effectively, allowing us to build off our own cliffhangers and resolve certain threads, while stepping forward other subplots for the next writer to pull to the foreground. There will be the occasional deviation from that format, but it’s what made the most sense for us when we put the whole thing together. It’s a style of writing that allows each of our own writerly voices to come through in a major way, while still serving the larger story. 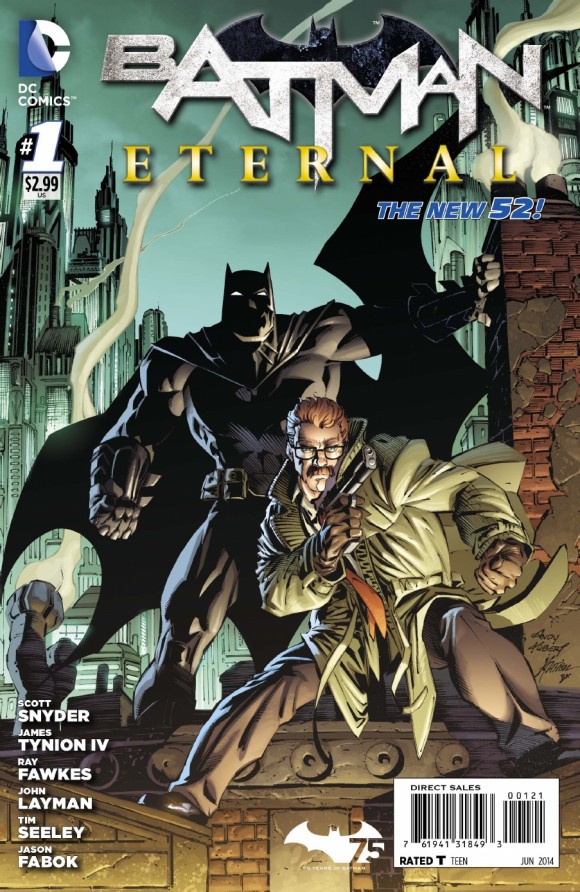 Name three characters you really like working on in the Batman universe. Why?

I could write an essay on why Tim Drake is my favorite Batman character of all time, but I’ll spare everyone the gushing for now. Tim was the Robin I grew up with and I’ll never stop loving his determination. He wasn’t the fighter that his predecessors were, but that never mattered. He’s smarter, and that makes him strong. Like Batman, if you give him long enough to prepare, he can fight anyone, regardless of how much stronger they might be. It’s been incredible weaving him back into Gotham City and playing him off of the other members of the Bat-Family. I’m also thrilled to be writing Harper Row, a much newer entry into the Batman mythos, and one I’ve been happy to work with since her introduction back during the Court of Owls storyline at the beginning of the New 52. I love young characters, and I’m taking lead on writing them during this storyline. Then, there’s Vicki Vale, who I’ve always thought should be a phenomenally more important figure in the Batman mythos, and I’ll be taking lead on writing her story over the course of Batman Eternal. We’re going to be building up the full cast of the Gotham Gazette to make them as crucial to the Bat mythos as the fictional newspapers of other superhero cities are to them.

Taking a step backward, what are some of your own favorite Batman stories?

I think Bruce Wayne: Murderer? is an underrated classic, that explores the relationships between the Batman Family better than any other major storyline from the 90s or 00s, as well as the dichotomy between Bruce Wayne and Batman… Another great Batman story that never gets enough play is PREY, one of the first storylines out of Legends of the Dark Knight back in the day, and a really incredible bit of storytelling… Then there’s the incredible Gotham Central, which brought the GCPD to life in such a potent way, and really added some incredible texture to Gotham City. Those comics would be high recommendations from me to anyone who hasn’t checked them out. The best Batman comics ever are obviously Year One and DKR, which I feel like I have to say, but there are so many different great Bat-Stories out there of all shapes and sizes. 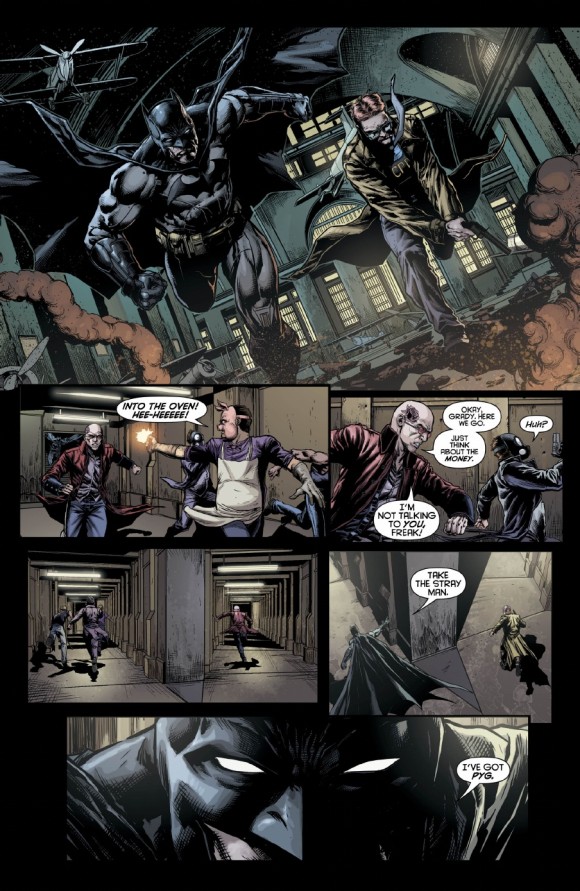 Batman and Gordon spring into action, which is awesome to see.

Batman ’66 or Batman Beyond?

Batman Beyond. I was eleven when it launched. It was the coolest thing in the entire universe, and going back to it now… It still is. Return of the Joker is one of the best Batman movies ever.

Give us a one-word hint of something we should look for in the first issue.

Batbook of the Week: Batman Eternal #1 naturally. You’ll see some other Bats on the shelves on Wednesday but to me this is really the only noteworthy book.