One of THE hottest books right now is C.O.W.L. from Image Comics. And we have our second EXCLUSIVE dossier introducing the major characters!

The first issue, by co-writers Kyle Higgins and Alec Siegel and artist Rod Reis, came out just last week and quickly sold out, so a second printing is already on the way. Issue #2 is due out June 25.

Getting a jump start on that, we have the (sssssh, redacted) dossier on Arclight! 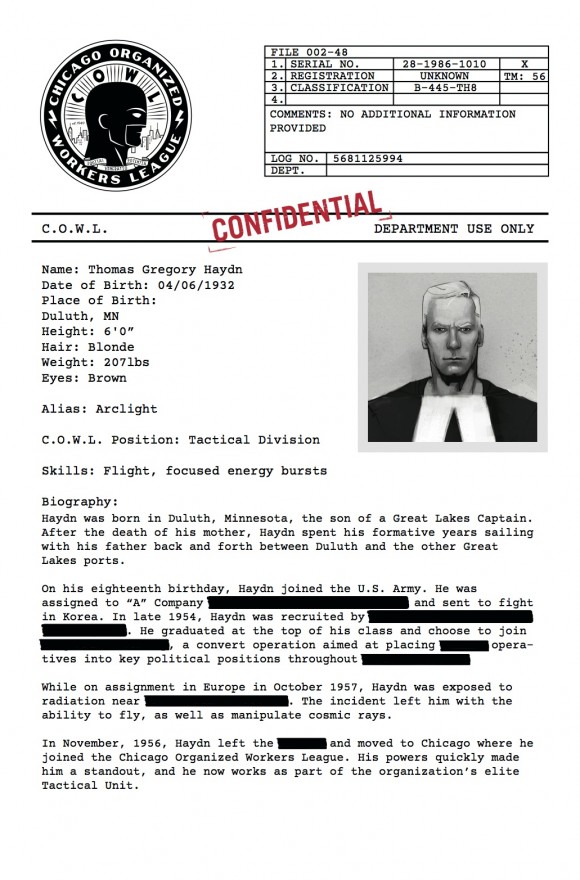 For the dossier on the Grey Raven, click here!

And here’s the cover for Issue #2 (by Trevor McCarthy): 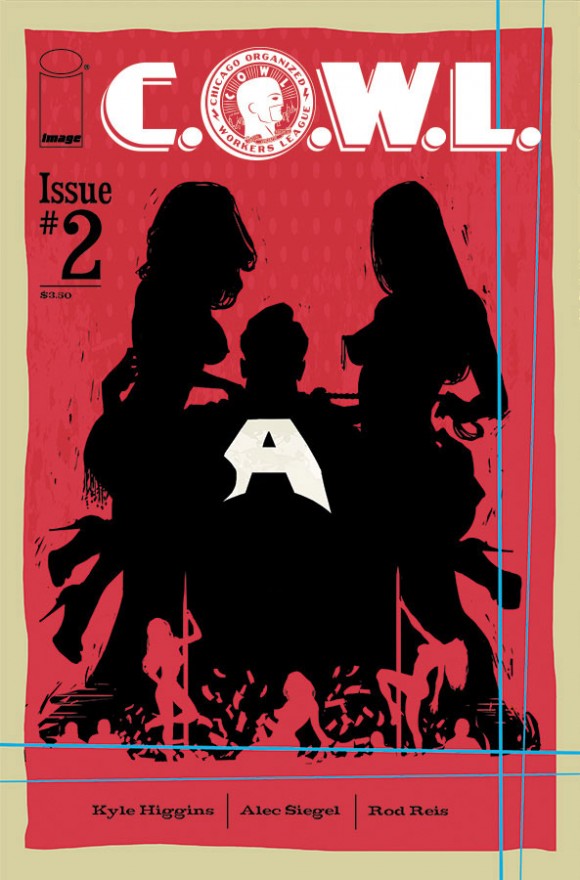 This is a book that’s getting a lot of mainstream media attention, by the way, as in the Chicago Sun-Times, Entertainment Weekly, and The Washington Post! Called it!