The Teen Wonder stars in a big ol’ tome…

Oh, this is just grand. Some of my all-time favorite Robin stories will be collected in Robin: The Bronze Age Omnibus – due in April 2020. 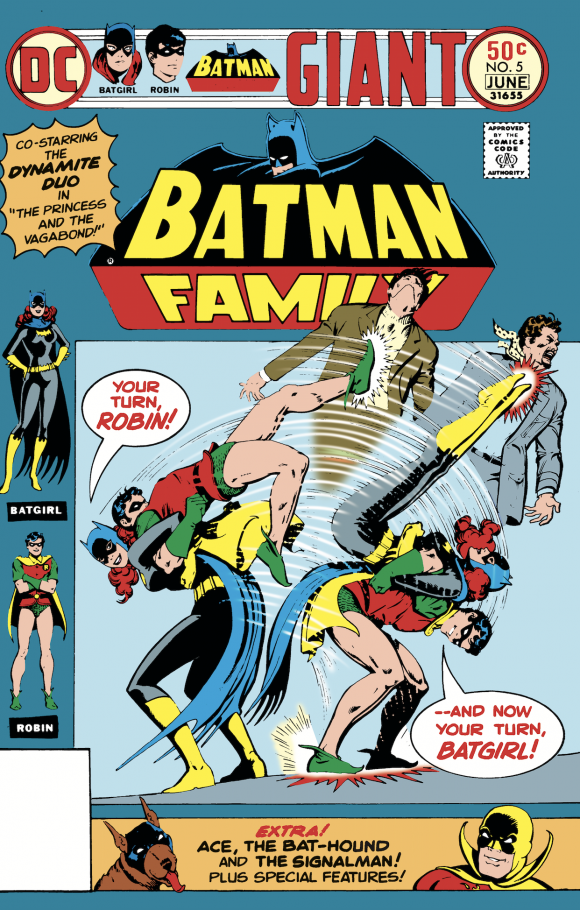 Stories and art by various

Now, for those of you keeping score at home, you’ll notice a few things:

1. There’s a new cover coming from Mike Grell, who did the cover and lead story for Batman Family #1. Awesome.

2. There are actually some Silver Age stories in there too, which is cool.

3. The blurb is incorrect when it says these are collected for the first time. Some of these stories have been collected, but not all in one place and not all in color like this.

4. Most importantly, though, between this and the two Bronze Age Batgirl omnibi, all the new stories starring Batgirl and/or Robin from Batman Family will have been collected. Still, I await a full-on Batman Family collection. I think that’ll be a very long wait, unfortunately.

All that said, though, this is a far-out collection and I’m sure one of many celebrating Robin’s 80th anniversary in 2020.