EXCLUSIVE: ANT-MAN & THE WASP to Star in MARVEL DIGEST #7

We’ve already revealed the classic stories that are in the Avengers/Thanos issue of Marvel Comics Digest, but in case you missed it, click here. (Check it out. Great stuff by Lee, Kirby, Starlin, Englehart and many others.)

For the most part, co-producers Marvel and Archie Comics have been timing these digests to whatever big-screen adventure is in the zeitgeist, so it only makes sense that the next installment, Issue #7, feature Ant-Man and the Wasp.

Here’s your FIRST LOOK at the cover: 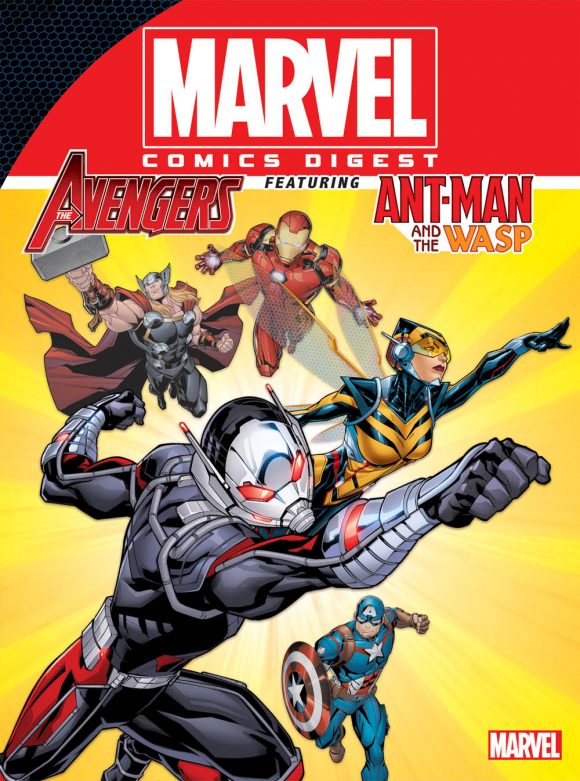 Contents to be revealed down the line but this issue is due in June, in time for Marvel Studios’ Ant-Man and the Wasp, which will be released officially July 6.