When the best is when the worst is yet to come!

What’s the highlight of any Batman ’66 episode? The Batfights? The run to the Batpoles? The Batmobile roaring into action? Any time Julie Newmar’s on screen? The deathtrap cliffhangers?

It’s all memorable and it’s all fun, but the deathtraps were perhaps where the show’s creators were at their most clever and campy.

I’ve long wanted to list my own TOP 13 deathtraps, but now that fellow Batexpert Jim Beard is in the house as a 13th Dimension regular columnist, I offered him a shot at putting such a list together. (Thankfully, he included several of my absolute faves — and I didn’t even ask!) 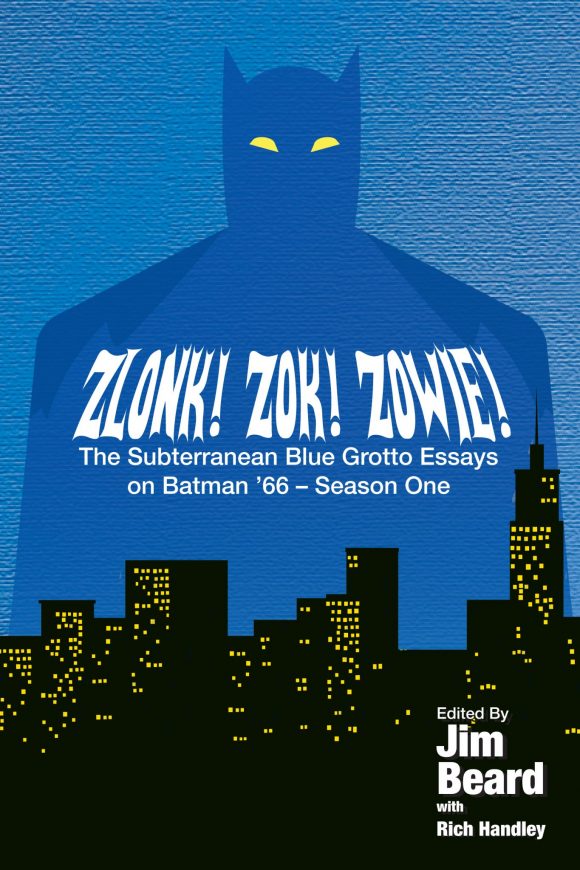 Anyway, while we’re on the subject — and since it’s the holiday shopping season — I highly recommend Zlonk! Zok! Zowie! The Subterranean Blue Grotto Essays on Batman ’66 – Season One, an in-depth episode guide edited by Jim, with Rich Handley. There’s also the sequel — Biff! Bam! Eee-Yow! The Subterranean Blue Grotto Essays on Batman ’66 – Season Two — and both editions feature fine finny folks such as The Batcave Podcast host John S. Drew, 13th Dimension columnist Paul Kupperberg, Michael Jan Friedman, Bobby Nash, Chris Franklin, Ed Catto, and my own bad self, among many others. 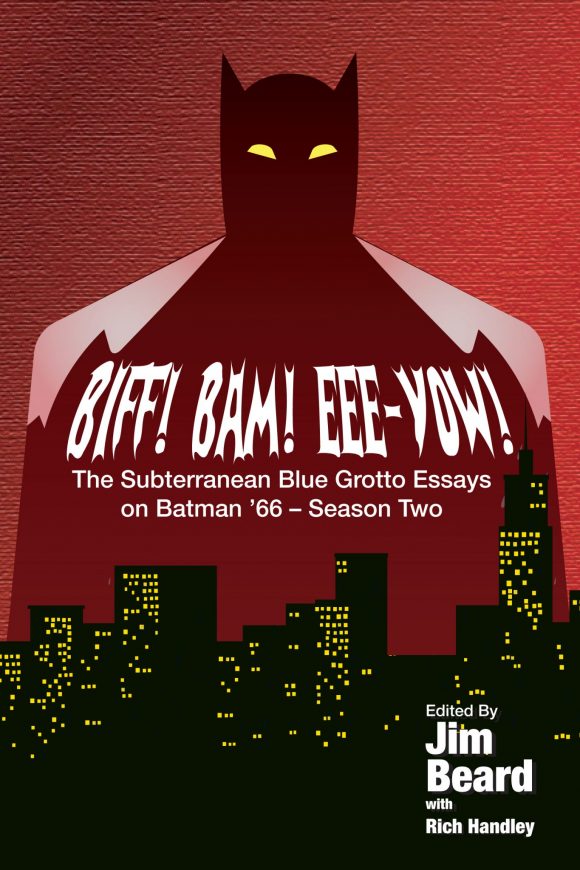 Batman’s cliffhangers are beyond legendary, a unique device for 1966 television, but inspired by the exciting chapter ends of 1940s serials. For the ’66 series, kids thrilled to them the same way their parents did a generation before—and in many cases believed the Dynamic Duo might very well have permanently perished from them!

I’ve gathered together 13 of my most favorite deathtraps and dastardly dangers for Batman and Robin — 13 moments from the show that still thrill me to this day.

Fine Fiery Furnace! Interestingly, the second cliffhanger of the entire series, seen in “Fine Feathered Finks,” involved neither Batman nor Robin, but Bruce Wayne himself. What I dig about it is that it’s one of the more realistic deathtraps… and Bruce barely escapes from it with his patent leather shoes intact. Holy singed soles! 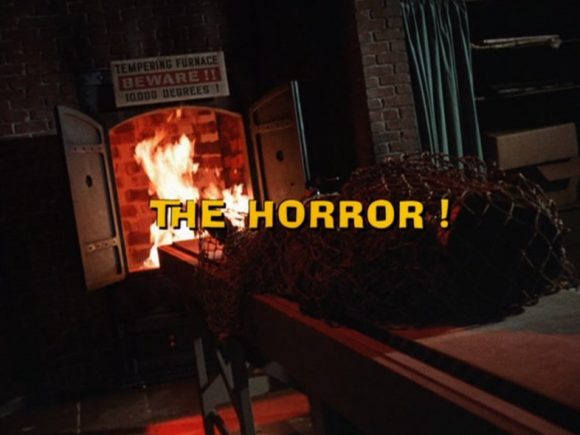 I Am Curious (Joker)! “The Joker is Wild” offered one of the very few times in the show a villain attempted to discover the true identity of their famous foe. There’s a delicious moment here when the mirthful mountebank almost unmasks Batman on live TV. Holy sweeps week! 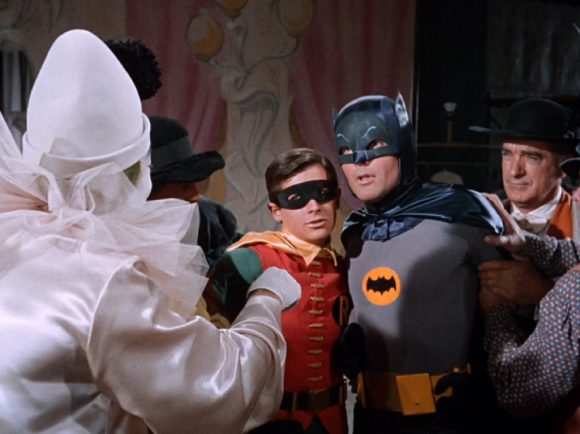 The Tiger or the Lady! It could very well be that the Let’s Make a Deal door-choice conundrum of “The Purr-fect Crime” appeals to me because of it being featured in the 1966 Batman View-Master set, but regardless, that tawny tiger really is a deadly threat for the caped crimefighter. Holy frosted flakes! 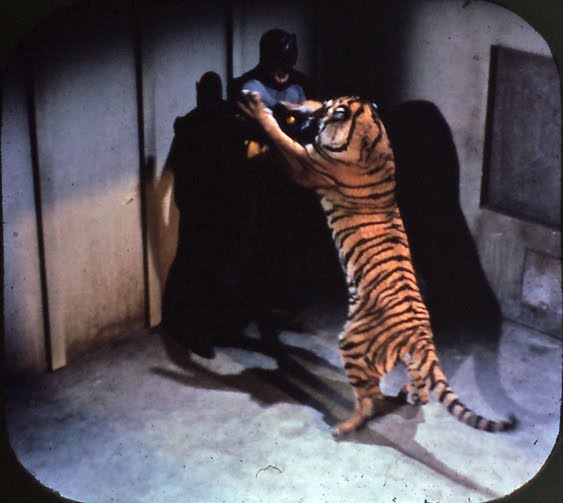 The Galloping Gurney! What’s this? Another cliffhanger for Bruce Wayne, not Batman? You heard right, citizen! The dashing playboy’s raucous ride over the cliff—a true cliffhanger—has always been a favorite of mine, despite it being in a King Tut episode, specifically “The Curse of Tut.” Holy how to murder a millionaire! 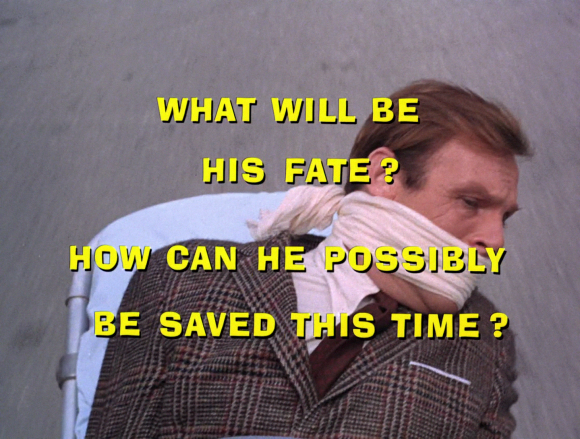 Oh, Buoy, oh, Buoy! The 1966 Batman feature film features more than one cliffhanger, but my go-to is when the Dynamic Duo is stuck on the United Underworld’s bad buoy and becomes the target of a few terrifying torpedoes. It’s a truly exciting movie moment, no matter which Batradio frequency you’re on, Kenneth. Holy pleasant passing porpoise! 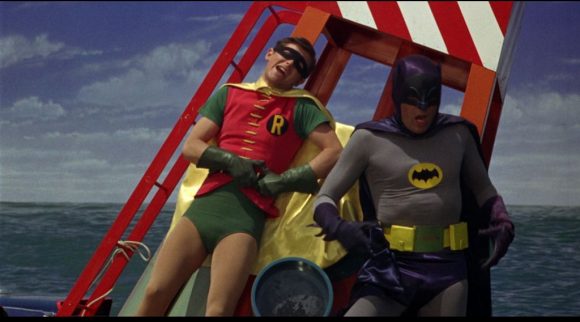 The Key to a Corpse! The Joker’s giant key duplicator in “The Impractical Joker” may be one of the show’s goofier deathtraps, but when you think about it, it becomes very sinister indeed. I also love how it’s the key to Wayne Manor that saves the day. Holy open house! 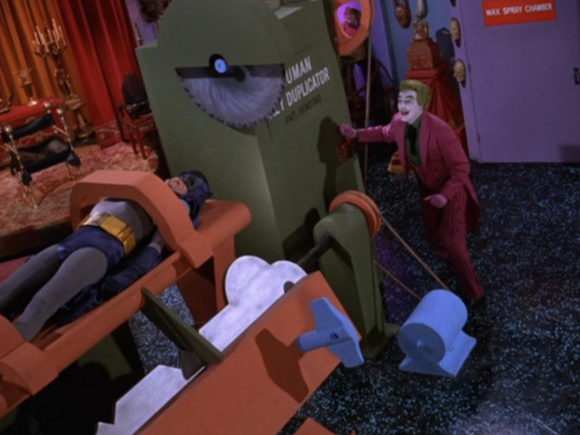 Till Death Do Us Part! I’m not much of a Marsha maven, but I get a big chuckle out of the fact that the cliffhanger in “Marsha, Queen of Diamonds” is the most horrific, the most horrible of all for Batman: marriage! I can just imagine all the young boys back then in Television Land actually cringing at the very thought of it. Holy warped wedlock! 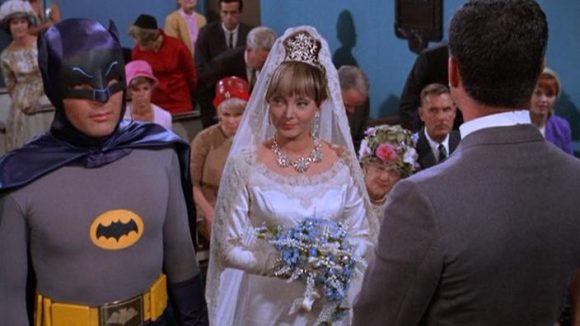 Cow Cookies! Funny how some of my least favorite villains came up with some of my most favorite cliffhangers: May I present the cattle stampede of “Come Back, Shame” into evidence? It wasn’t often we got a deathtrap filmed in the great outdoors, but I can’t imagine how all the steer would have smelled in the studio. Holy paddock patties! 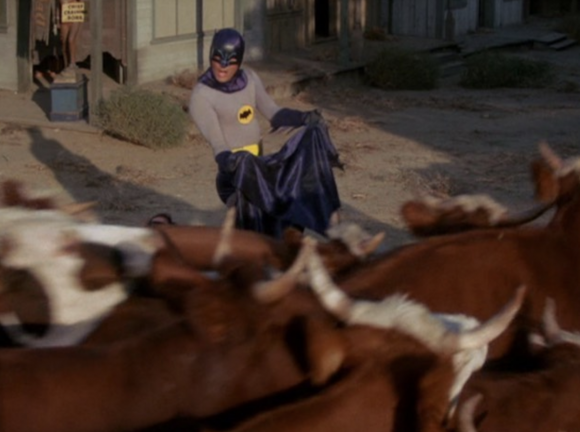 Fry When Ready, Gridley! The set up at the end of “The Penguin’s Nest” is absolutely one of the best: Batman and Robin behind the Batshield, under machine gun fire from the Penguin and his goons, and Chief O’Hara locked in a trunk, about to be sent down a slide into an electrified swimming pool. Is it any wonder that moment is one of my very clearest memories of the show when I first saw it as a kid? Holy no running near the pool! 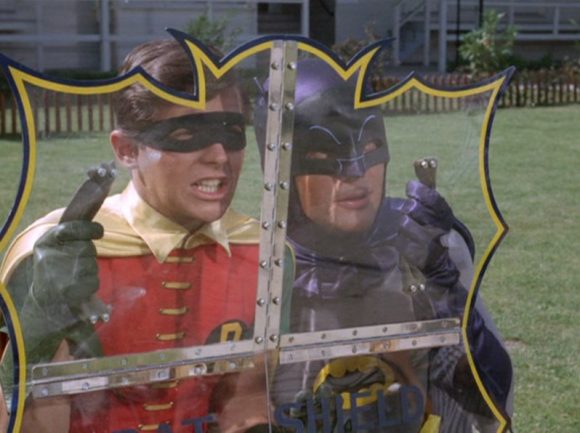 That’s So Heavy, Man! Those who know me know how much I love the Second Season three-parter that begins with “The Zodiac Crimes.” That particularly precious installment ends with Batman and Robin under a giant meteorite held up by a wire in the tender embrace of a stick of burning thermite. Dude, it was, like, so heavy… like, wow. Holy I’ve got a crush on Batman! 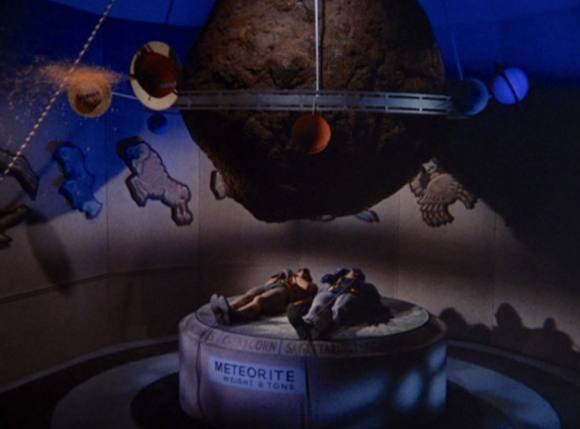 Clam-ped Shut! Yes, I’m delving into the three-parter again—hey, this is my list! Get your own! Anyways, I’m nominating the giant clam with a taste for teenagers in “The Joker’s Hard Times” as the Greatest Batman Cliffhanger of All. Comics scribe Mark Waid once told me he was certain Robin was a goner when he first saw it as a kid in 1967, and I for one take that to heart… and eat fried clams as much as possible. Holy bad boy bivalves! 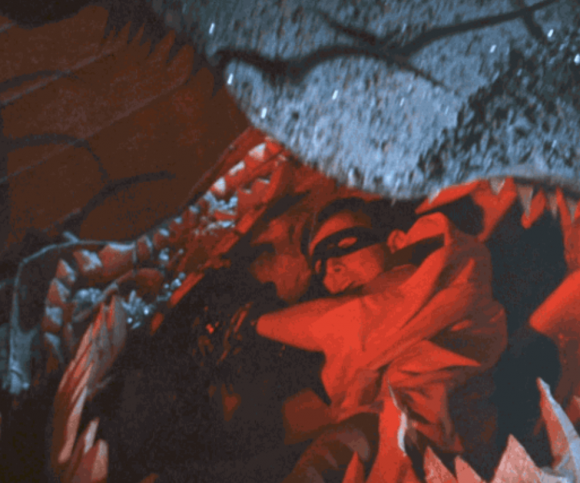 Wertham Was Right! There’s some kind of poetic justice etched into the comic-book printing press deathtrap in “The Joker’s Last Laugh,” but what it is I just can’t quite put my funnybook-stained finger on. But, hey! Here’s another sinister situation involving Bruce Wayne! I think I’m developing some sort of psychosis here. Holy capitalist complex! Knives Out! This one appears fairly late in the show, almost at the end of Second Season, and in a pretty darn goofy episode, but is actually garishly grotesque if you really look at it. The revolving palette knives in “Pop Goes the Joker” questing to carve out some time with the Boy Wonder is macabrely Machiavellian in its punishing potential, and… oh, heck, there’s Bruce in it again. Holy huh!