Dark Knight III #2 is the BATBOOK OF THE WEEK — and carries promise well beyond.

The new issue of Dark Knight III, out 12/23, holds legitimate promise that Frank Miller’s original, 1986 vision of Batman may very well have a heartbeat after all.

The original Dark Knight Returns is one the greatest Batman stories of all time, a visionary work that, in tandem with Watchmen, completely altered the comics industry and popular culture along with it. It is a masterpiece.

With DKR and Batman: Year One — which may actually be superior to its predecessor — Miller never needed to return to this universe, but he did and the results have been pretty atrocious. I was very wary of Dark Knight III and read Issue #1 with open, if jaded, eyes. As I wrote at the time, it wasn’t terrible.

Issue #2? Issue #2 is good. Issue #2 is entertaining. Issue #2 actually feels like it belongs in the same universe as the original work.

That’s not to say that it’s close to groundbreaking. It’s not. I’m re-reading the original right now, as I do from time to time, and I’m once again reminded of just how magnificent that story was, on every level. Miller will never be able to touch them hem of his own garment. But at least Dark Knight III has the potential of erasing the legacy of the execrable DK2 and bizarro All-Star Batman and Robin the Boy Wonder. 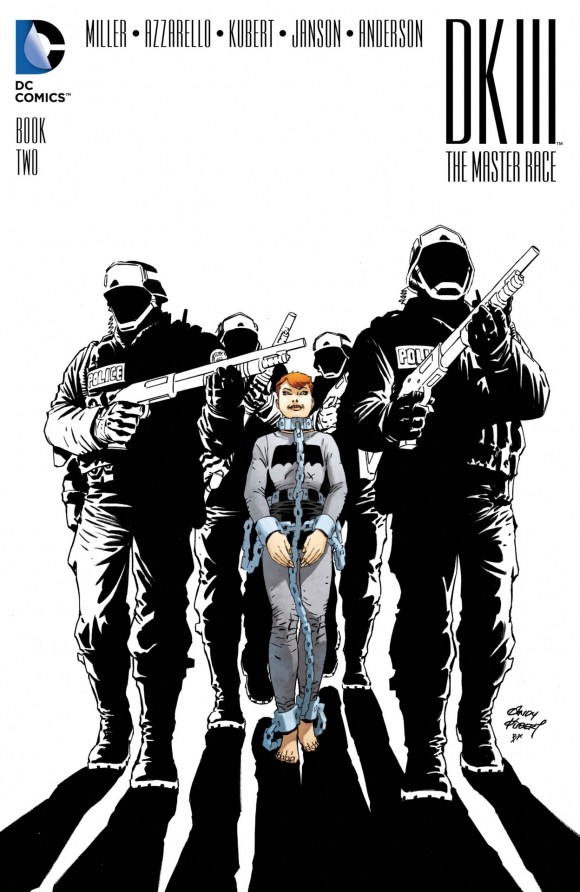 DKIII isn’t full-frontal Miller, of course. Brian Azzarello is doing the heavy lifting on the story and the pencils are by Andy Kubert, though Klaus Janson’s inks give it that DKR sheen. (This issue’s mini-comic, starring Wonder Woman, has art by Eduardo Risso.)

Without spoiling it, we get some major developments toward the establishment of DKIII’s subtitle: The Master Race. Beyond that, I invite you to read it and judge for yourself whether we have a story here that might, just might, be the first legitimate sequel to Miller’s 1980s Batman classics.

ALSO ON THE BATSHELVES THIS WEEK: Ordinarily, the BATBOOK OF THE WEEK is chosen by virtue of what I’m most excited about or what’s been most interesting of late. It’s not usually a direct review, but I had the chance to read DKIII #2 well in advance of this week’s column and I really wanted to discuss it.

If not for that, though, Batman ’66 Meets the Man From UNCLE #1 would be my runaway selection. I have never seen a single episode of The Man from UNCLE. It wasn’t in heavy syndication when I was a kid — at least not that I knew — so it sort of passed me by. And with Batman ’66 headed in this new direction of miniseries and special events, I’m really curious about this. (Oh, and you can check out our preview here.) 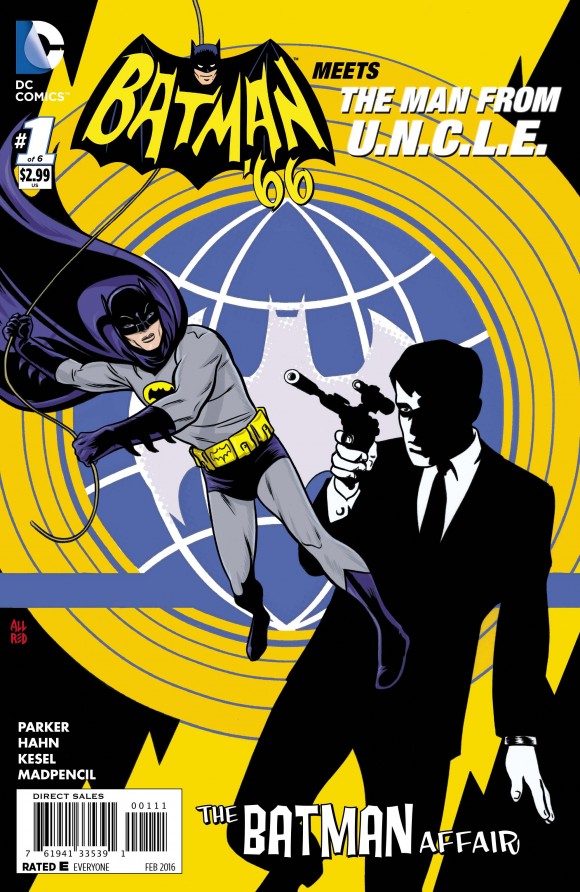 There’s a lot of other Batmaterial this week, including: Batman & Robin Eternal #12 (check out the preview here); DC Comics Bombshells, featuring various and sundry Batgirls; Robin: Son of Batman #7, which is Part 5 of Robin War; Teen Titans #15, a Robin War tie-in; and, Titans Hunt #3, which, again, I consider a Batbook given Dick Grayson’s central role.