Well, it’s not offensive, I’ll give them that.

I’m usually not so cynical about comic-book projects, but I went into Dark Knight III #1 expecting the worst.

It wasn’t the worst.

There were no “I’m the Goddamn Batman” references and Wonder Woman doesn’t call anyone a “sperm bank.” So there’s that.

Here’s the gist: Batman returns (again) and the other heroes are more or less in hiding (again). We get the requisite TV screens, though they’re now shaped like flatscreens and we’re treated to fictionalized versions of Kelly Ripa and Michael Strahan, Jon Stewart, Al Sharpton, Bill O’Reilly and, I think, maybe Megyn Kelly. 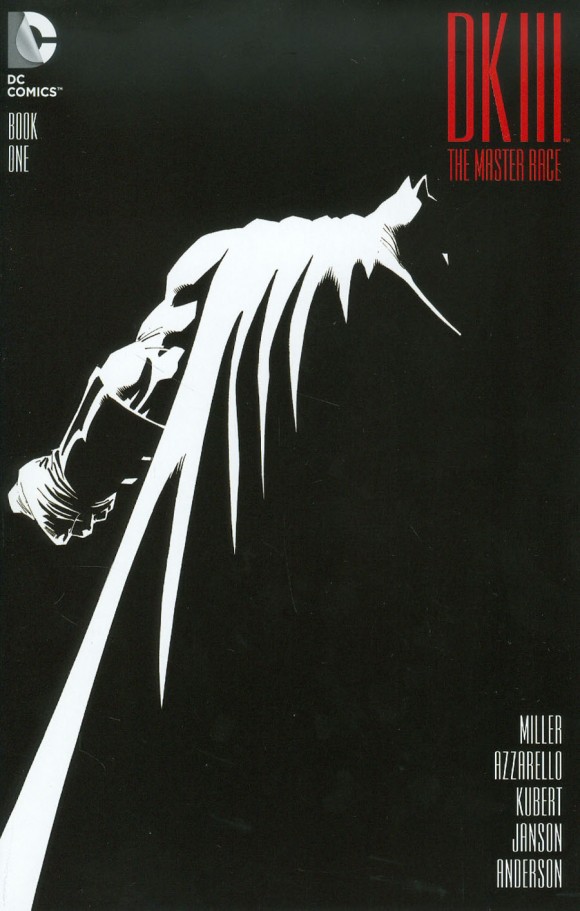 Superman and Wonder Woman’s offspring from The Dark Knight Strikes Again are here too but the tone of the story is far away from that regrettable enterprise. There’s a twist ending of sorts and there’s that mini-comic in the middle starring the Atom.

Actually, the mini-comic — like the main story, written by Frank Miller and Brian Azzarello but with Miller and Klaus Janson on art — is the best part of the package. The voice is confident and the art is thankfully restrained: Except for the much-maligned cover, Miller’s worst impulses have been reined in. Ray Palmer speaks to us from the past, a sort of minute Greek chorus. 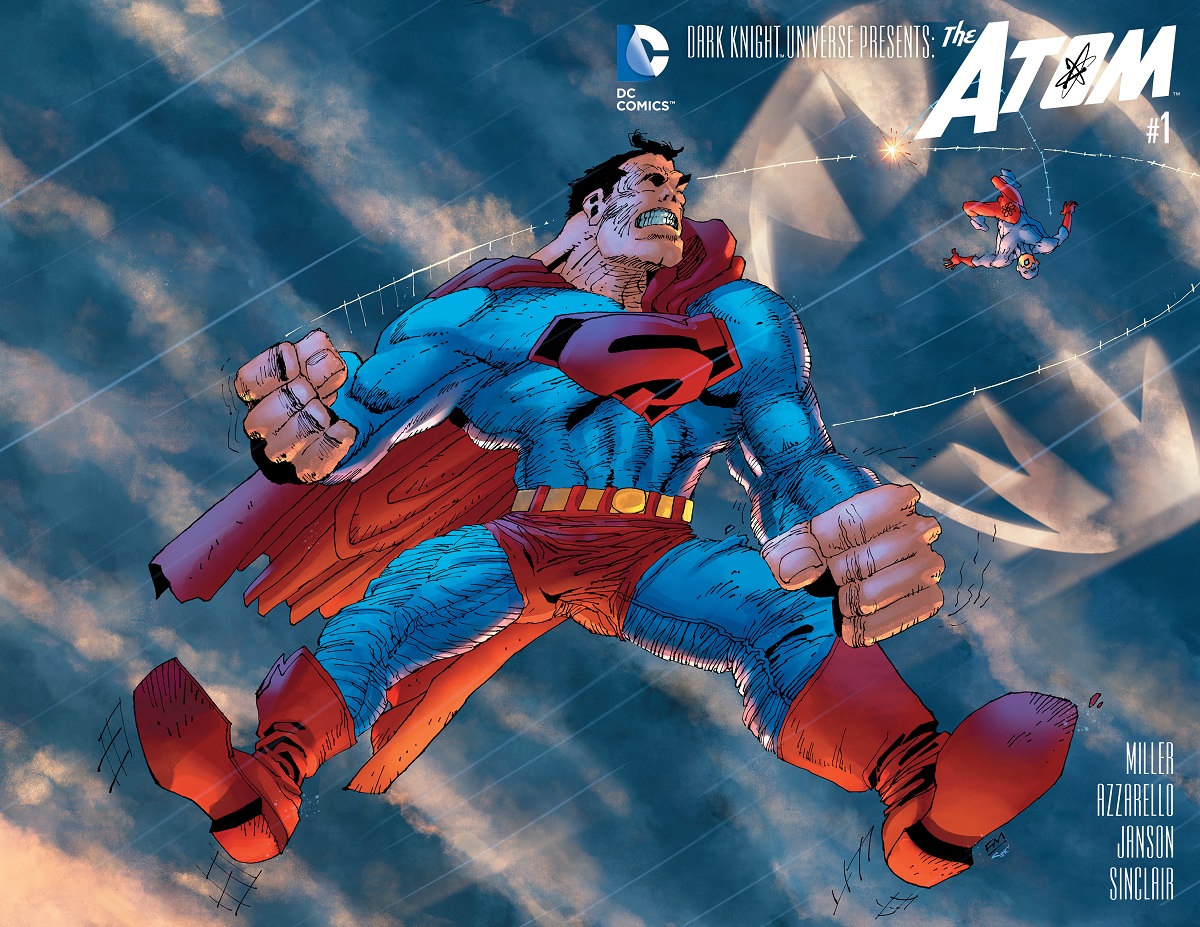 Andy Kubert’s art (inked by Janson) in the main book is OK, though one of the big payoff panels loses its oomph because the proportions are wonky. Overall, the production value lacks pop, with the color neither beautiful like Lynn Varley’s work on the original nor hideous as in DK2.

When it comes to Miller and Batman, we’ve come to expect a message, whether its political and societal. But in Dark Knight III, any message feels played out, spent.

What you’re left with is a comic book that lacks dramatic urgency but is also not an aggressive sensory assault.

Which is probably the most damning thing you can say.