It’s been awhile since I’ve written about them but I’m a big fan of bendable figures. It goes all the way back to my days collecting Mego’s Bend ‘n Flex line: 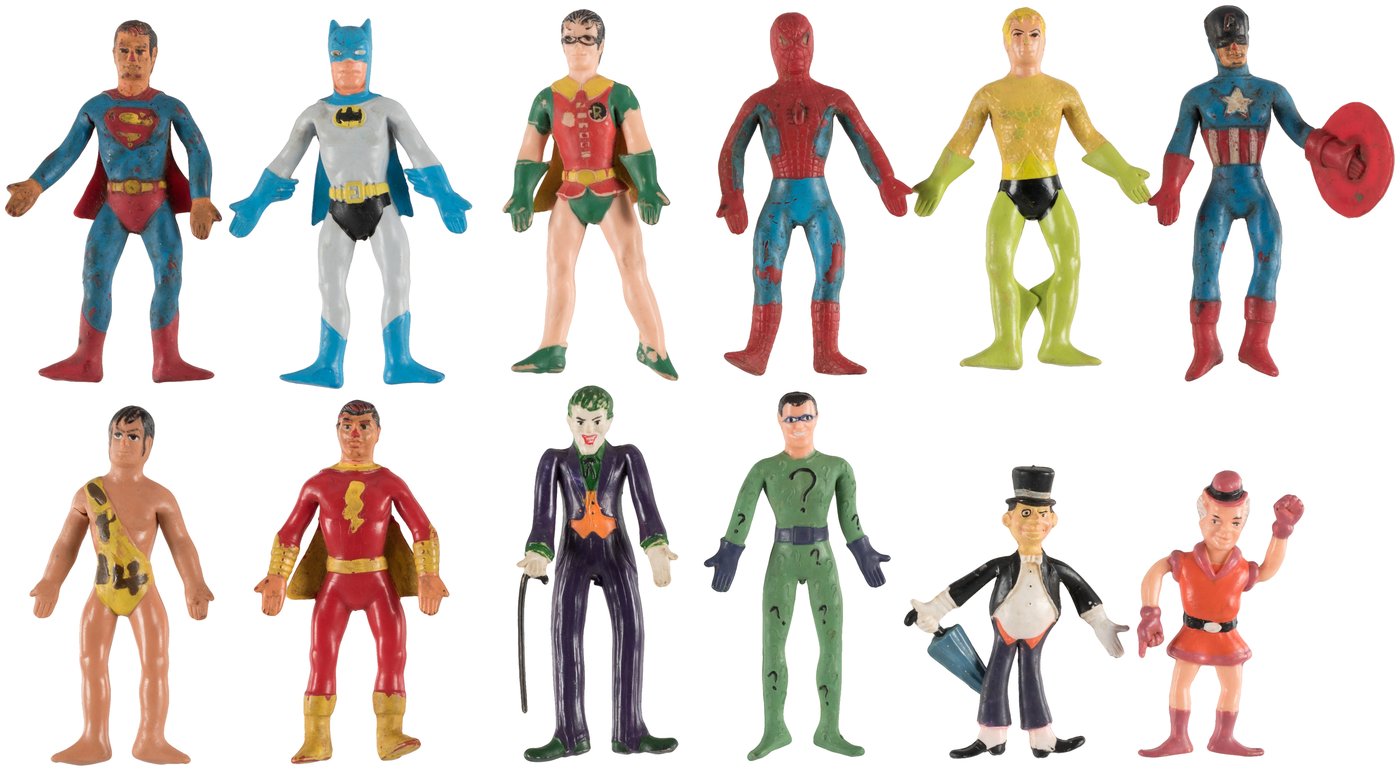 These are not mine but I found this awesome image on the web.

Anyway, NJ Croce’s the big player these days on the bendable front and they’ve done a great job with its Batman ’66 and Animated Series offerings, let alone its various DC comics and movie series.

Next up? A really nifty-looking figure based on Batman’s first appearance in 1939’s Detective Comics #27, which came out 80 years ago in March: 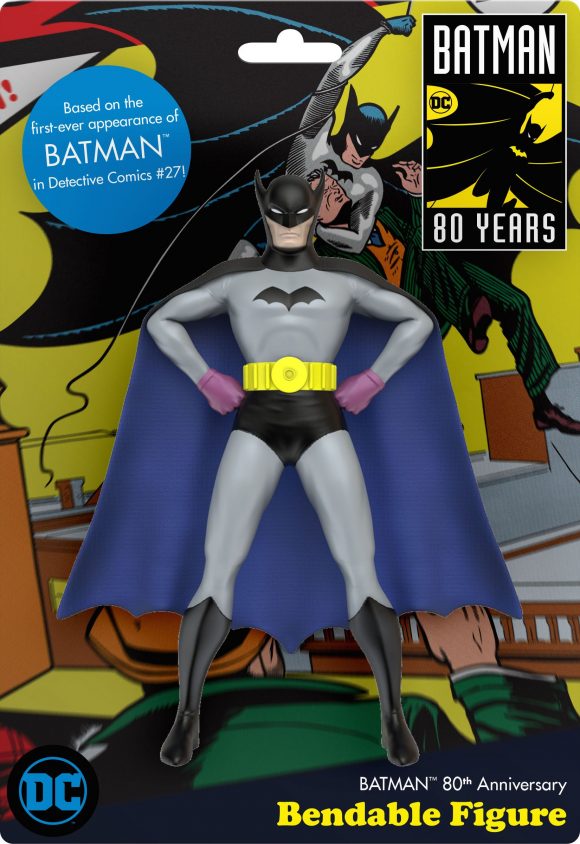 Packaging will only be available in 2019 or until supplies last, the company says.

The 5-inch figure — which will be on display at 2019 Toy Fair, Feb. 16-19 at New York City’s Javits Center — is already available for pre-order online. You should also check with your local comics shop. It retails for about $8.99.