Shining the Batsignal on buried treasure…

A great book could be published showing off fab comics that never made it to print. It seems like just about every creator has a story (or stories) that they pitched and produced, only to see it die on the vine. (Our pal and columnist Paul Kupperberg, for one, has two books of scripts that, for whatever reason, didn’t make it into the light.)

Well, we’ve got an especially cool unpublished comic to show off to you today — Jerry Ordway’s Batman ’66 tale from about a decade ago. 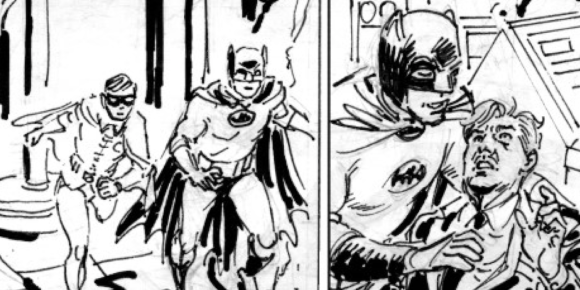 The pages were recently posted online (H/T to Walt Grogan) — you can also find them below — so I grabbed the opportunity to ask Jerry about the project and why it fell through.

The answer was rather complicated, with the typical snags a project can hit: shifting editorial priorities, competing deadlines and whatnot. Ultimately, the issue, which was to be part of DC’s ongoing Batman ’66 series, lost momentum and fizzled out, as the title hit cancellation. 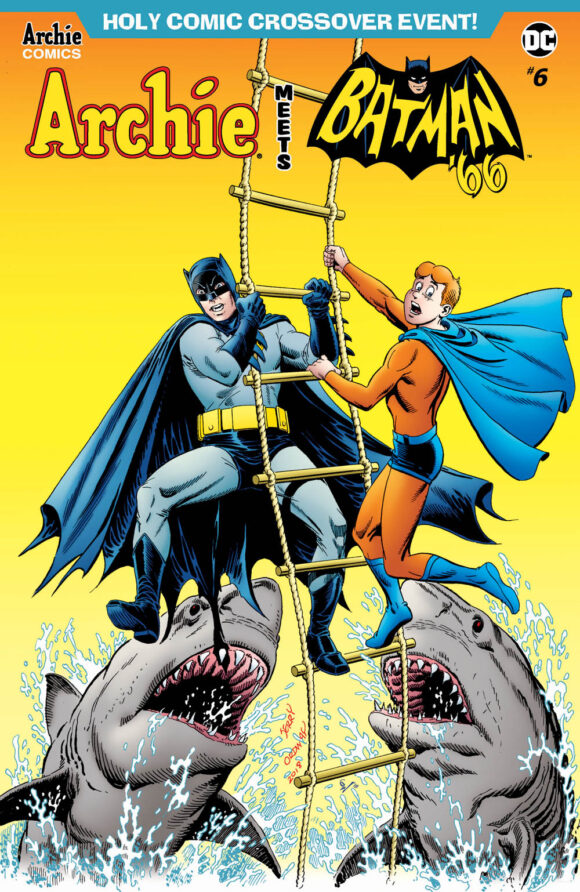 Ordway did get to do a variant cover for this groovy crossover.

As for the story, it’s a Batman/Catwoman showdown, with Eartha Kitt as the Feline Fatale.

“It may be that Julie Newmar was already being done, and I chose Eartha Kitt,” Jerry said. “I certainly had a crush on her as a kid. The idea was that she gets into the Batcave, steals the Batmobile, then Batman and Robin give chase in the Batcycle. Batman catches her, and when she calls him Bruce Wayne, he reaches into his utility belt for a Bat-amnesia spray. I figured if he carries shark repell3nt, he’d have an amnesia spray too! It was all in the spirit of the dopiness of the show.”

So dig these layouts, along with Ordway’s personal tribute to Adam West, which he illustrated when the actor died in 2017: 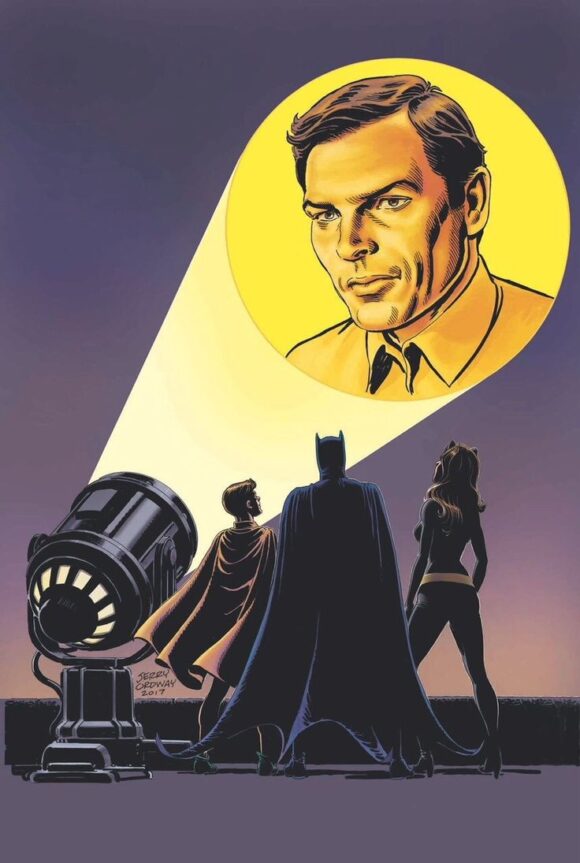 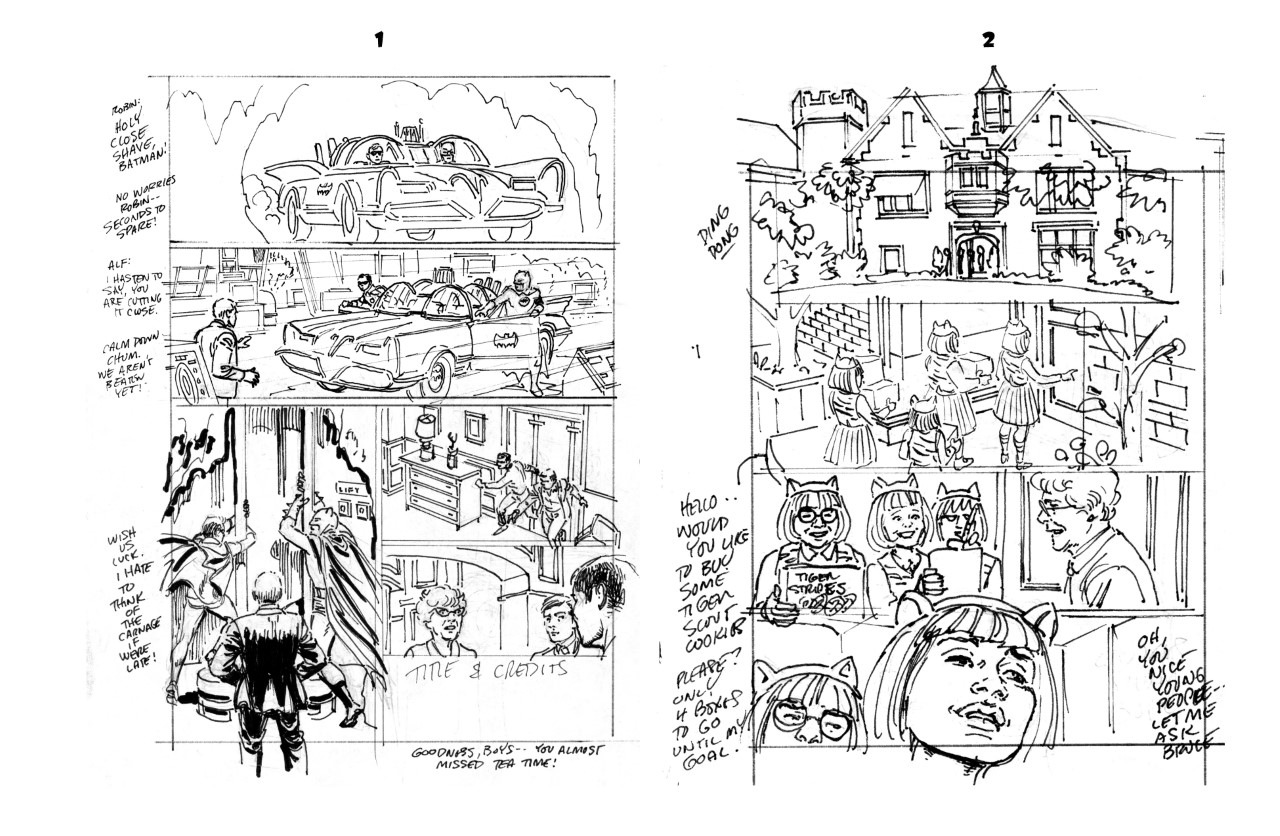 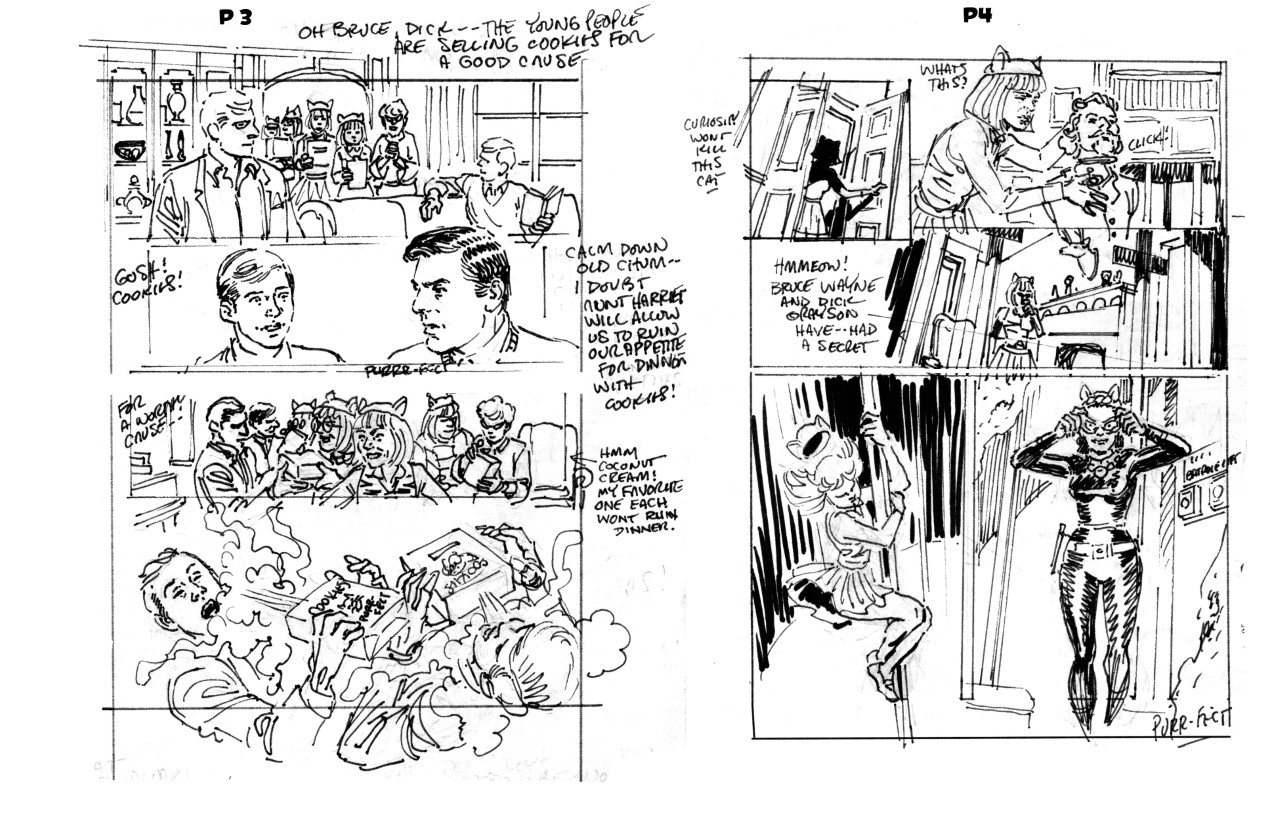 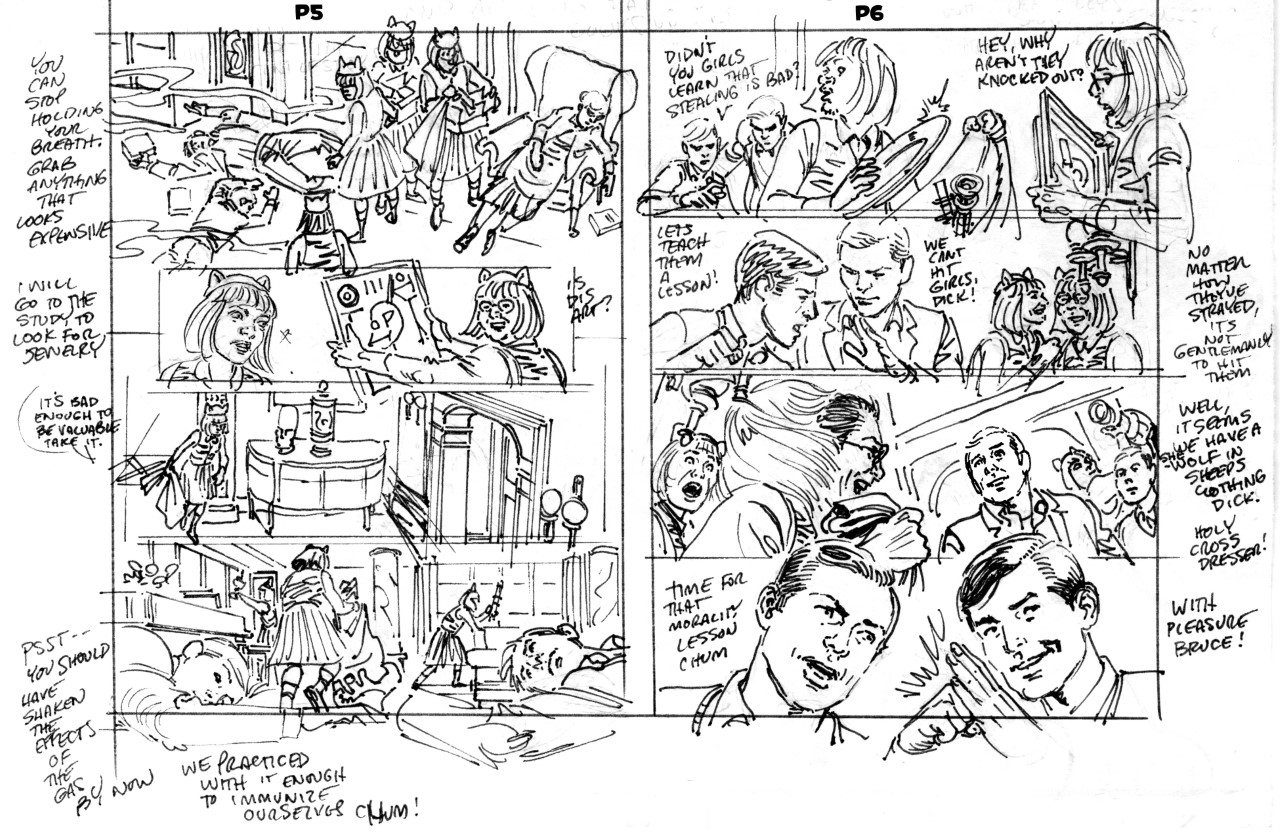 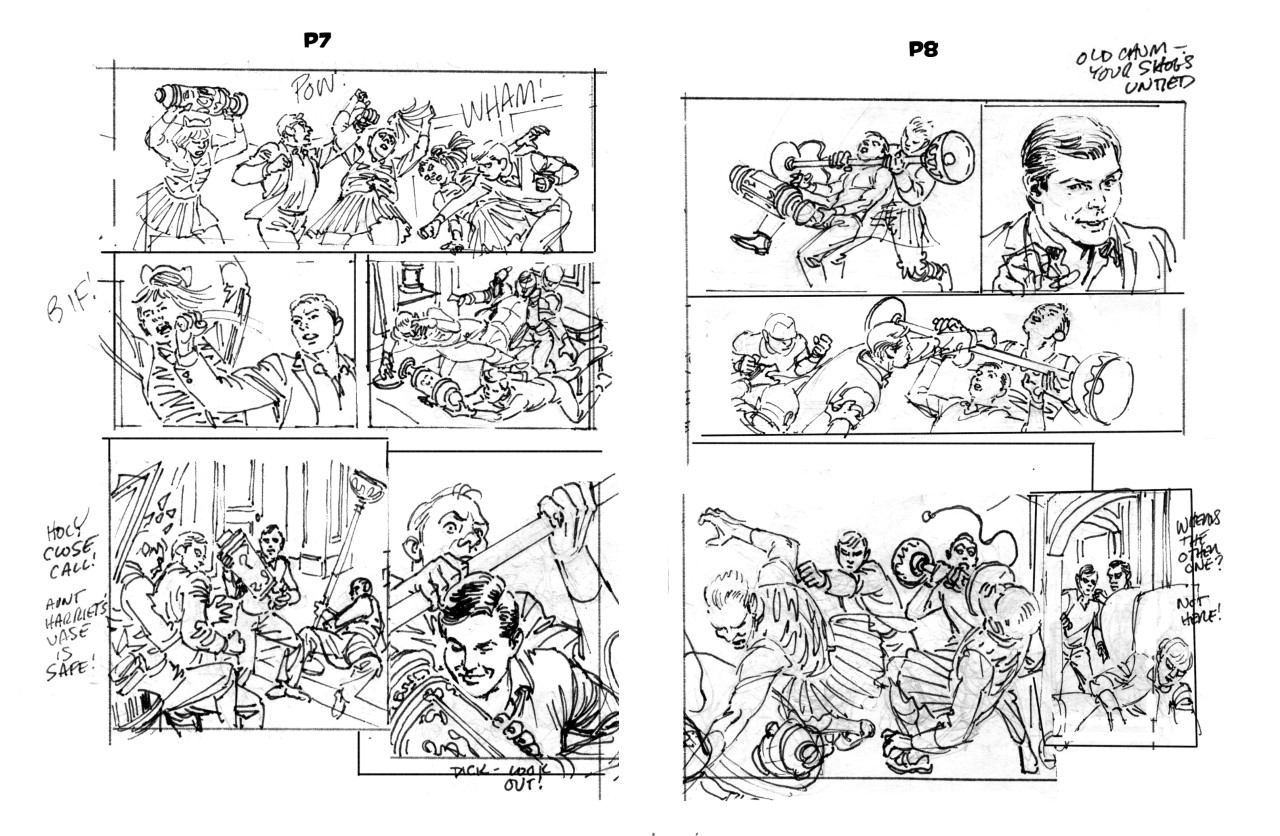 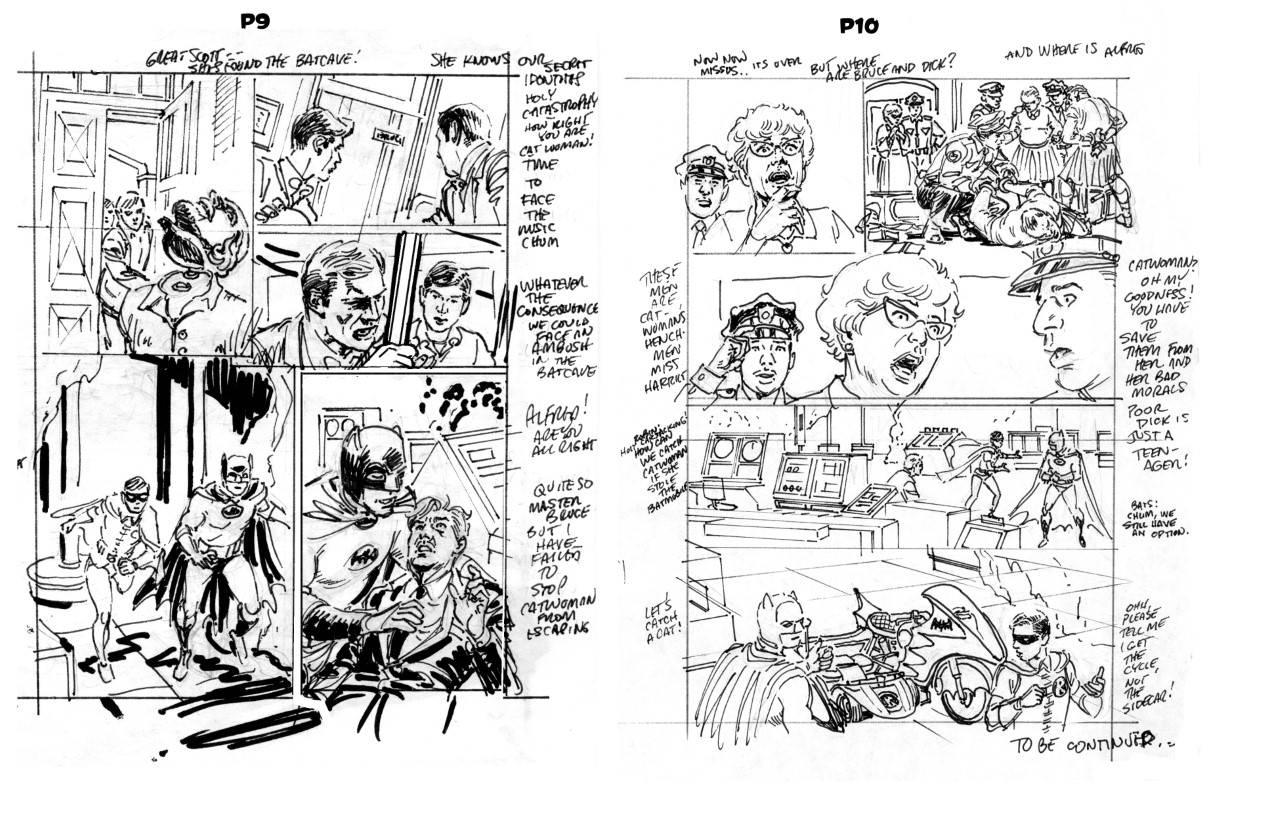