Wealth and fame, he’s ignored. This cover is his reward…

In case you’ve missed it, Marvel in July is reviving Amazing Fantasy as a 5-issue miniseries by Kaare Andrews that melds various heroes and genres. Cool? Yep, cool.

Well, come August the second issue will include a variant cover by Andrews that pays tribute to both the 1967 Spider-Man cartoon — particularly the Ralph Bakshi-led second and third seasons — as well as the magazine Spectacular Spider-Man #2.

Dig this, along with the solicitation info released Thursday: 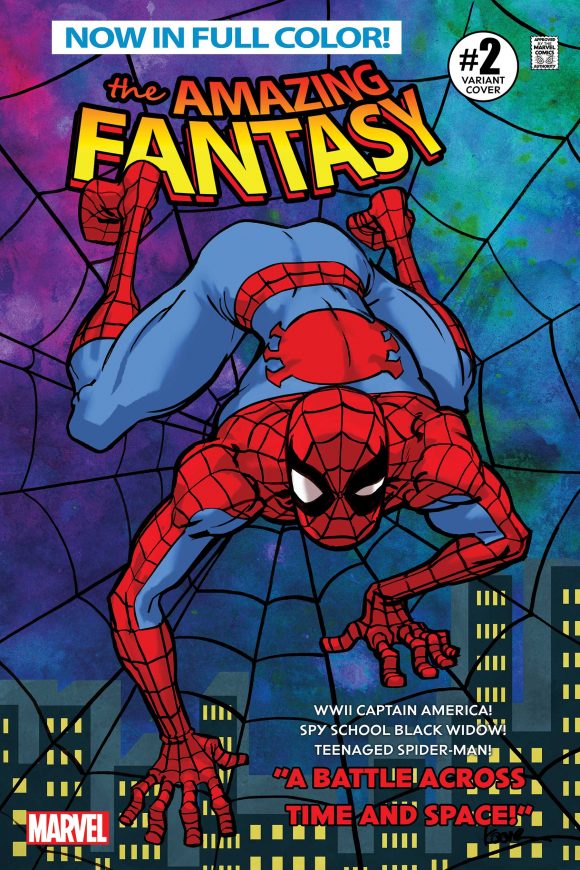 EXPERIENCE THESE HEROES LIKE NEVER BEFORE!
Each of our heroes from across time and space seem to have found their tribes in this strange new land of wonder. But World War II Cap, Teenaged Spidey and Spy-School Black Widow soon discover that every paradise has its own costs and, eventually, everyone must pay! Is there a way to avoid the coming war? Or is fate the flute that leads us to our inevitable end? Our Amazing Fantasy continues! 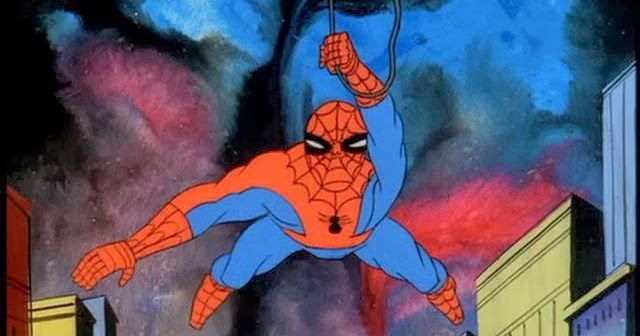 — I know what you’re thinking. You’re thinking, “Hey, Dan, how can that be a tribute to Spider-Man ’67 if he’s got all his webbing drawn in?” Well, look, it’s obviously comics accurate and I’m betting that’s intentional. But the rest of it just screams ’67 cartoon, from the trippy sky, to the rudimentary, blocky skyline to Spidey’s pose, which is very similar to the show’s mid-episode bumper. (It’s also very close to this Steve Ditko pin-up.)

— The trade dress, meanwhile, is straight off this 1968 John Romita classic: 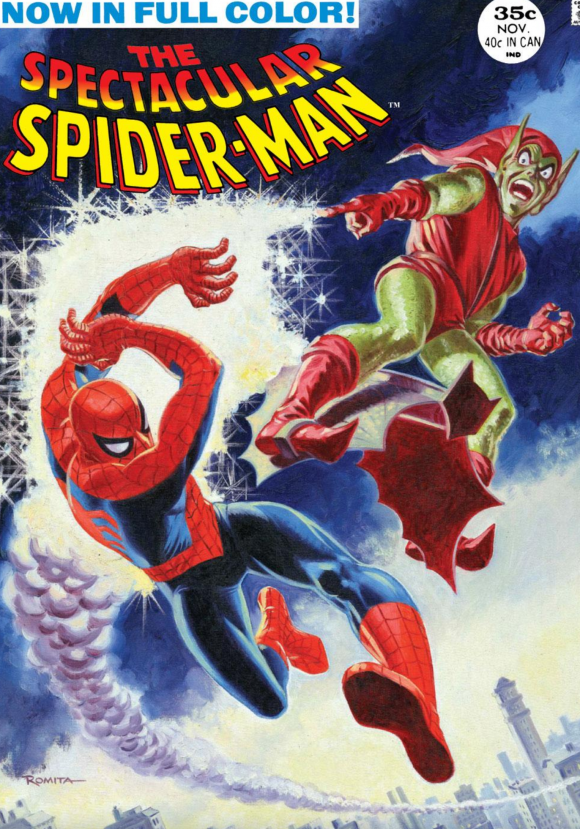 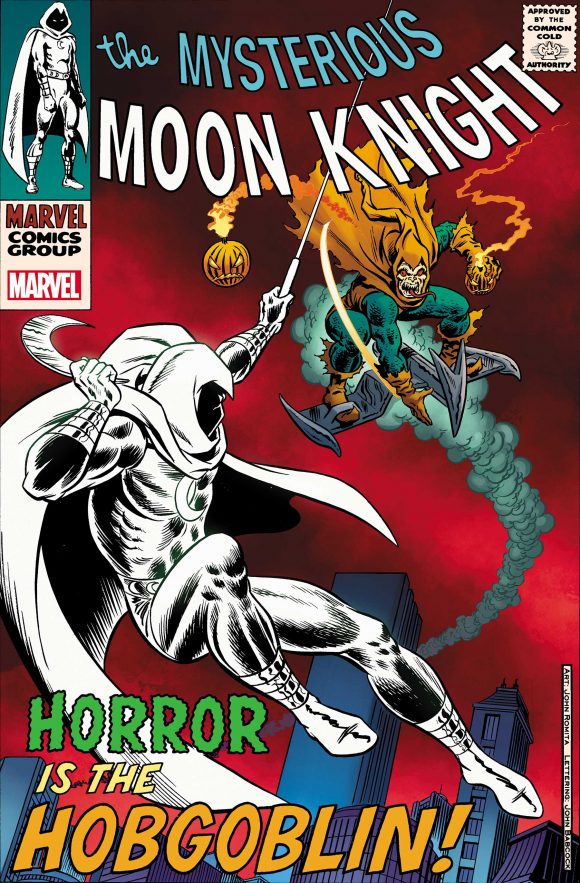 — Since Amazing Fantasy #2 — due Aug. 25 — promises a teen Spidey, I wonder whether it’ll be cartoon Spider-Man making an appearance. How great would that be?