The “drug issues” launched 50 years ago… 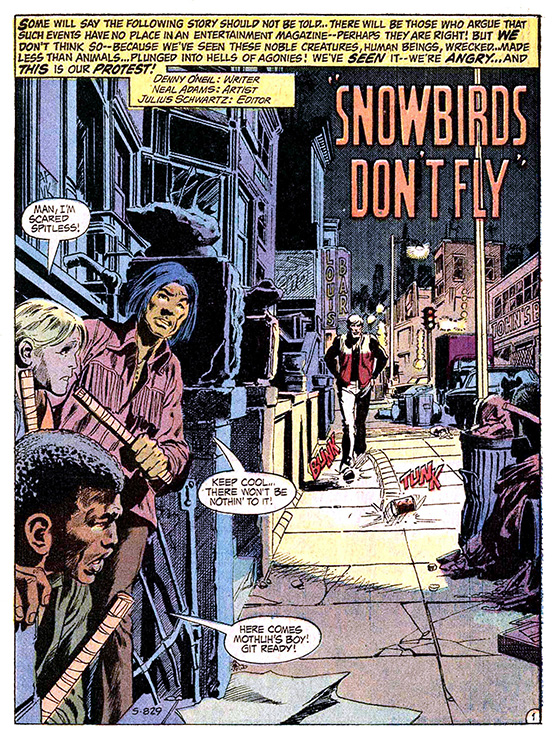 Adams’ photorealistic visual acuity enabled the artist and his writer/collaborator, Denny O’Neil, to break new ground telling the kinds of reality-based stories that could be told in “superhero” comic books, and in doing so, made their Green Lantern-Green Arrow run of (only) 13 issues one of the most honored and esteemed, memorable and influential in comic book history. 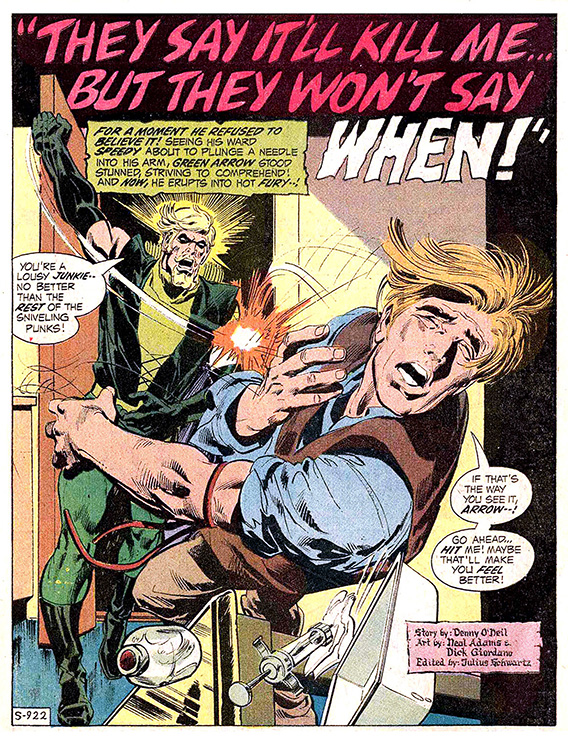 Hosted by award-winning comic book-style illustrator and pop culture historian Arlen Schumer (author/designer, The Silver Age of Comic Book Art), this webinar will feature comic book panels, pages and covers that will make you look at those Green Lantern/Green Arrow comics as if for the first time!