Now, this is cool.

Shag, the LA-based artist with the swingin’, mid-century style, is releasing a new print that pays tribute to Spider-Man’s Silver Age roots — and his co-creator, Stan Lee.

The limited-edition $599 silkscreen print — wonderfully named Life is a Great Big Bang Up after the lyrics from the 1967 cartoon — features Spidey rescuing a woman (Mary Jane?) from the clutches of six sinister villains — the Green Goblin, Doc Ock, the Vulture, Mysterio, the Sandman, and the Rhino. 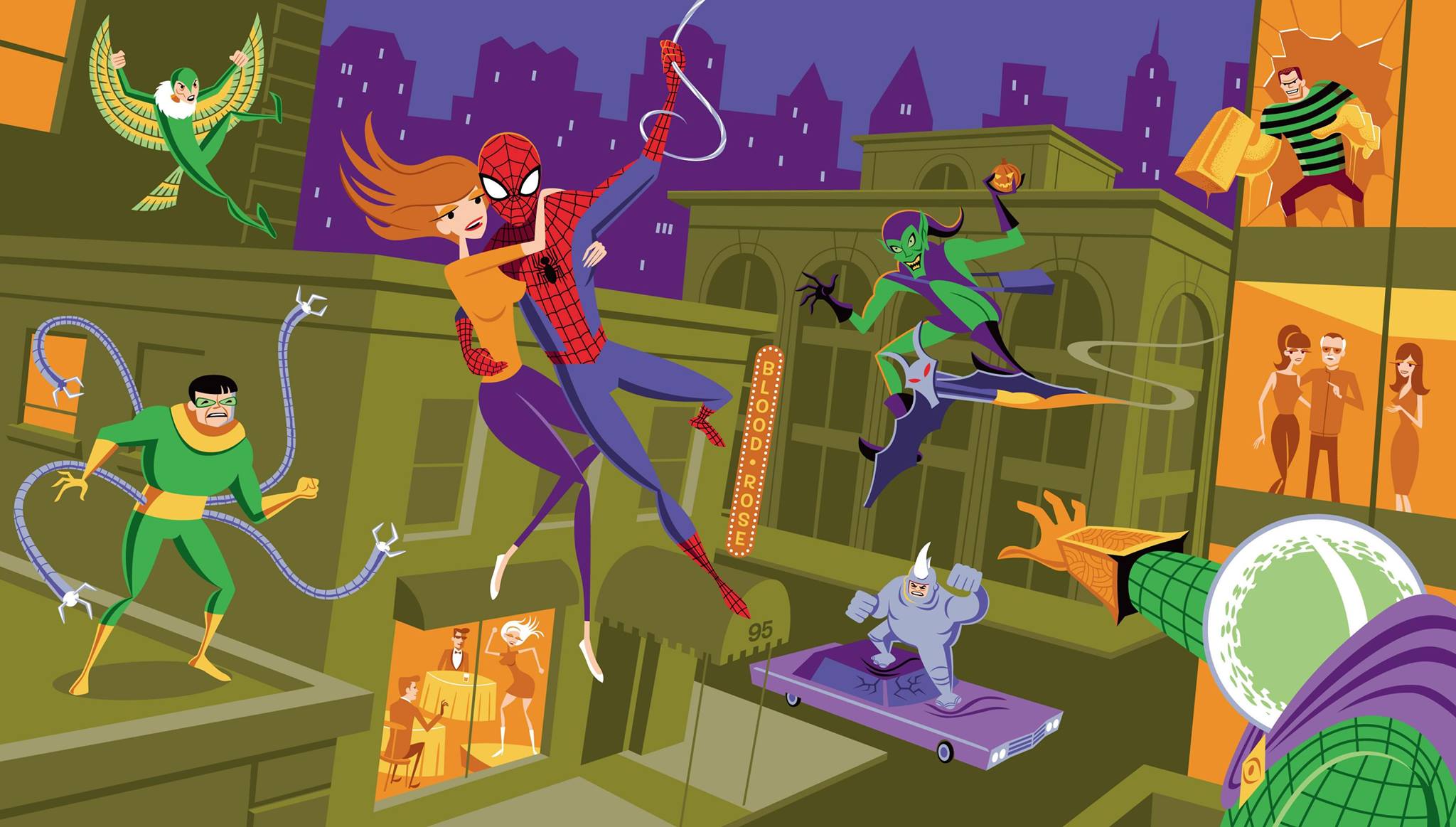 Now dig two cameos: Gwen Stacy on the lower left and Lee himself on the upper right.

According to Shag’s website, the print was a collaboration between the artist and Lee:

“Stan oversaw, gave input to and approved the final product, but unfortunately left this world too soon to sign the print edition as he originally intended,” the site reads. “The Shag store is releasing this print, one of Stan’s final pieces of creative output, as tribute to this giant of comics and pop culture. As is tradition, Stan even asked to make a cameo appearance in the print!”

The print will debut at the Shag Store’s third-anniversary event on Saturday (12/8) in West Hollywood. The price will go up the following day. (Click here and here for more info.)