The World’s Finest meal, as prepared by Alfred Pennyworth (with an assist from Lois Lane)… 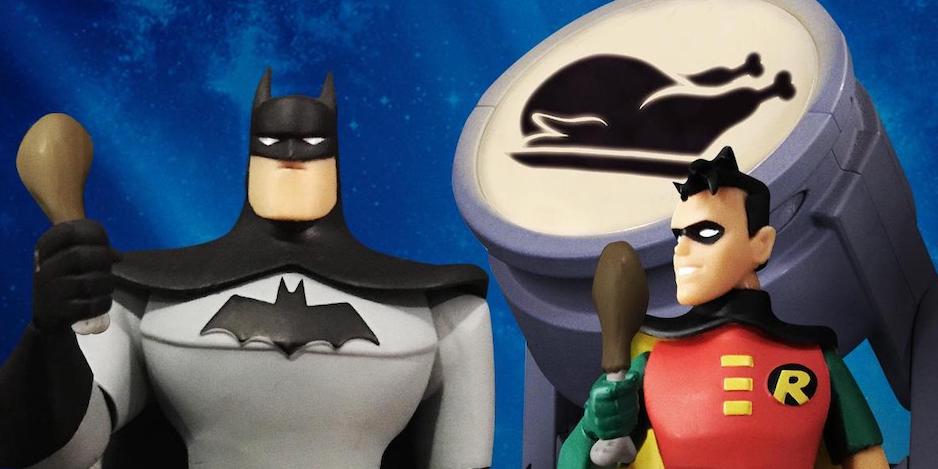 Hey, folks! We have something a little different for you this year for Thanksgiving — BATMAN’S THANKSGIVING MENU.

The best part is the reader who pitched and wrote the story just happens to be my Mom, Bette Greenfield, who scoured the web for references about what the Darknight Detective and the Man of Steel like to eat. Plus, every item on the menu is something she has made herself! (Not to mix holidays, but eagle-eyed readers will pick up an Easter egg or three.)

So sit back, unbuckle your belt an extra notch and enjoy. 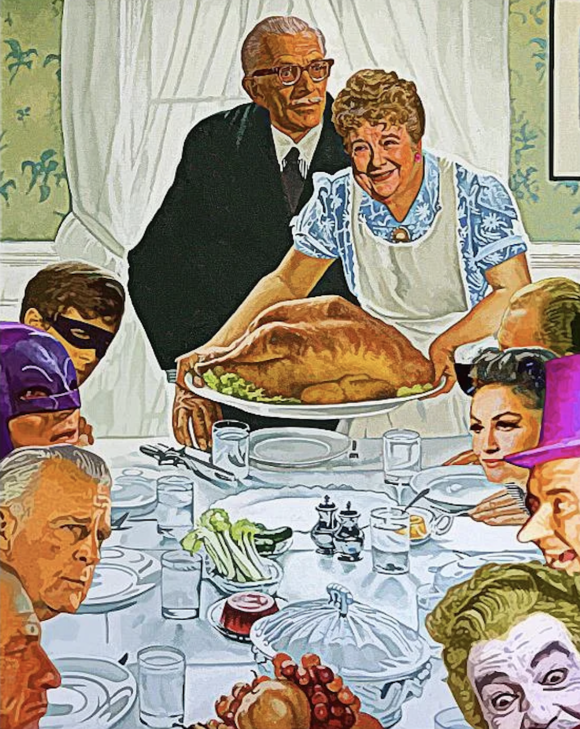 Alfred was worried. Batman invited special guests to join him for this year’s Thanksgiving meal – Superman, Lois Lane and their son Jonathan Kent.

As he considered the menu, the thought of serving Batman’s typical lunch — a whole tin of tuna and four rice cakes topped with a smidge of peanut butter — would not do.

After a call to Lois Lane for her advice, they agreed that roast turkey was required for the traditional American celebration. She offered to bring a cranberry dish made from a family recipe honed by years of traveling across the country as a military brat.

Since Batman had given him full reign over meal choices, Alfred decided that along with the traditional roast turkey he would include some of the Batman and Superman families’ favorites:

A Toast with Friends

Ginger ale in a Champagne flute

Garnished with parsley and dill leaves

With mashed cauliflower and butter

Honey mustard vinaigrette dressing on the side

An assortment of imported coffees (for Ms. Lane)

And now, the nap — HAPPY THANKSGIVING EVERYONE! 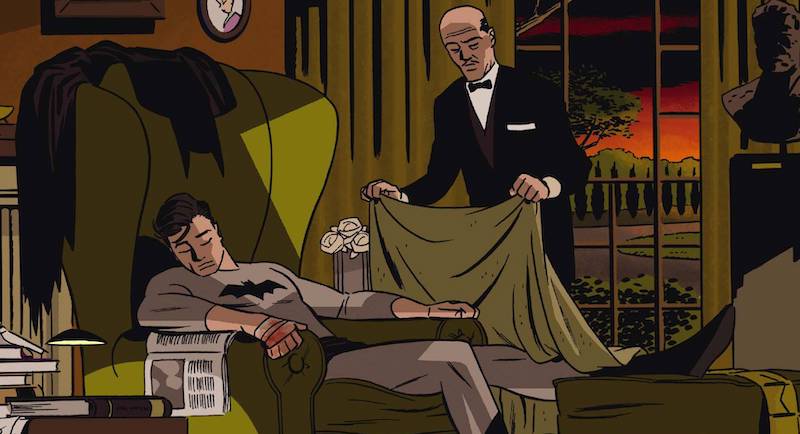 NOTE: Thanks to these websites for inspiration and resources: food.com; screenrant.com; thegluttonousgeek.com; thyroidnation.com; menshealth.com; quora.com; comicsalliance.com