A BIRTHDAY SALUTE to an artistic superstar…

One of my most treasured Batman collectibles growing up was Thought Factory’s 1977 Batman poster. I don’t recall exactly where I first saw it, but I do remember being absolutely knocked out by it — and desperate to have it on my wall.

“This,” I said to myself, “is what Batman would look like if he really existed.” 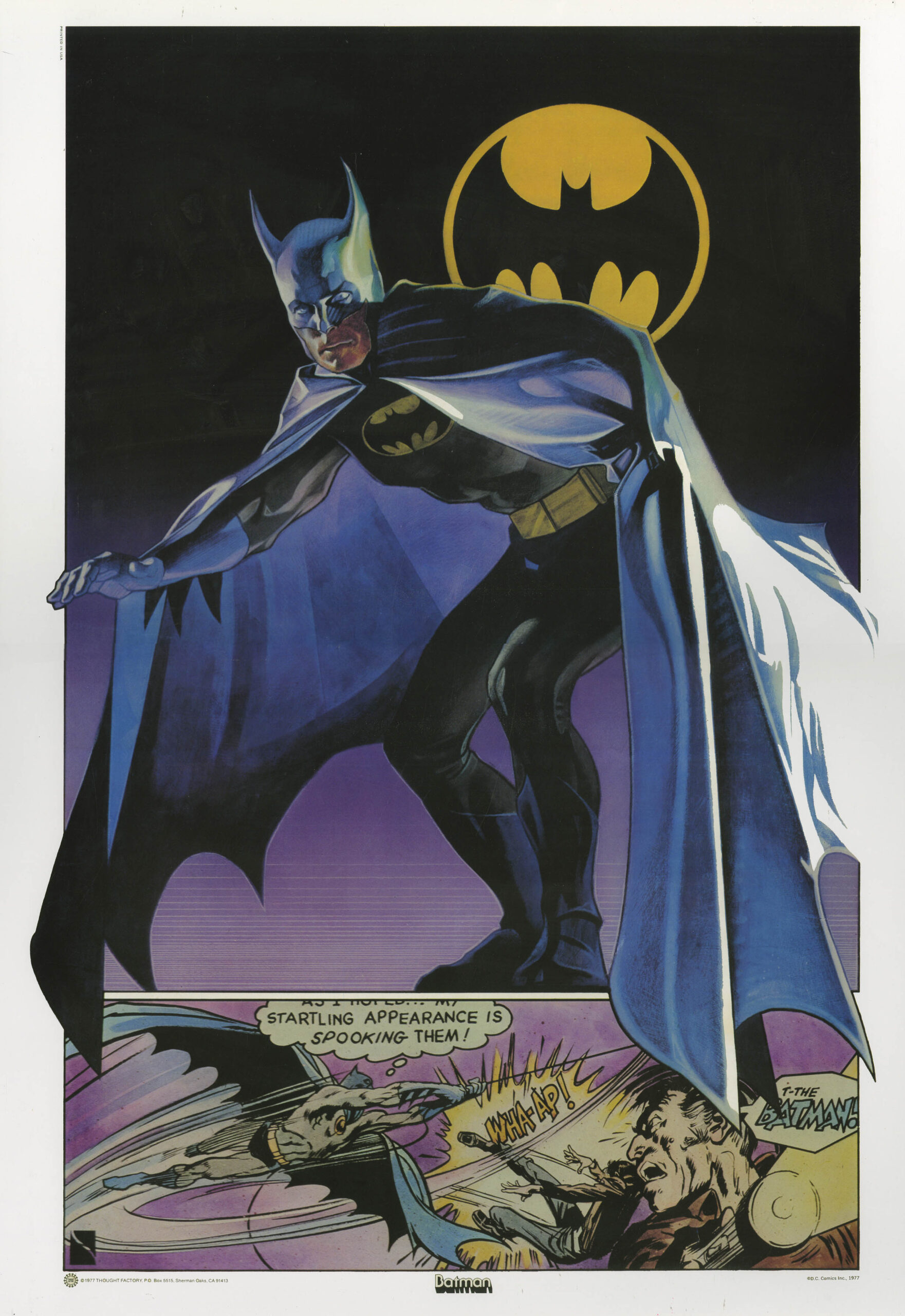 It took awhile to get my hands on one, but once I did, the poster hung on my bedroom wall for years. I didn’t know it at the time but the artist was the great Drew Struzan, best known for his fabulous one-sheets for little flicks like, oh, Star Wars, Blade Runner, E.T., two Indiana Jones installments and many, many more. (He also did a bunch of other superhero posters for Thought Factory.)

Anyway, Struzan was born 75 years ago on March 18, 1947, and as I was rooting around for a birthday tribute, I happened upon a preliminary sketch for that gorgeous Batman poster. It was sold at auction back in 2017 via ComicLink and you can click here for the groovy details.

But what you really want to see is the sketch itself, right? Right.

Feast your eyes on this: 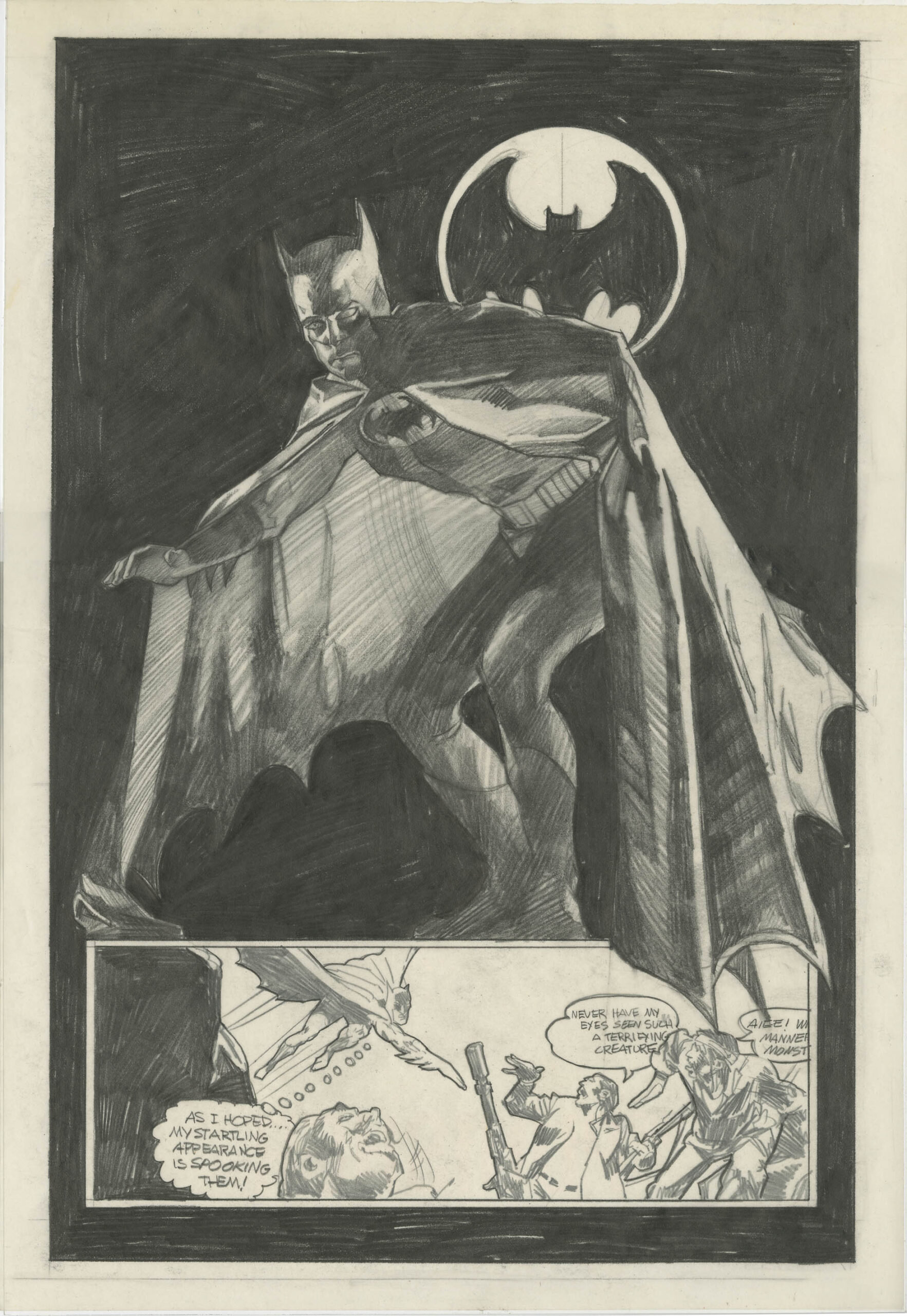 The most interesting change between the two versions is the bottom panel: The sketch features a reversed image from 1969’s Detective Comics #395, presumably traced by Struzan. The final version is a variation on the concept. Adams has long been credited as the panel’s artist, but I’m not entirely clear whether he redrew it or what. 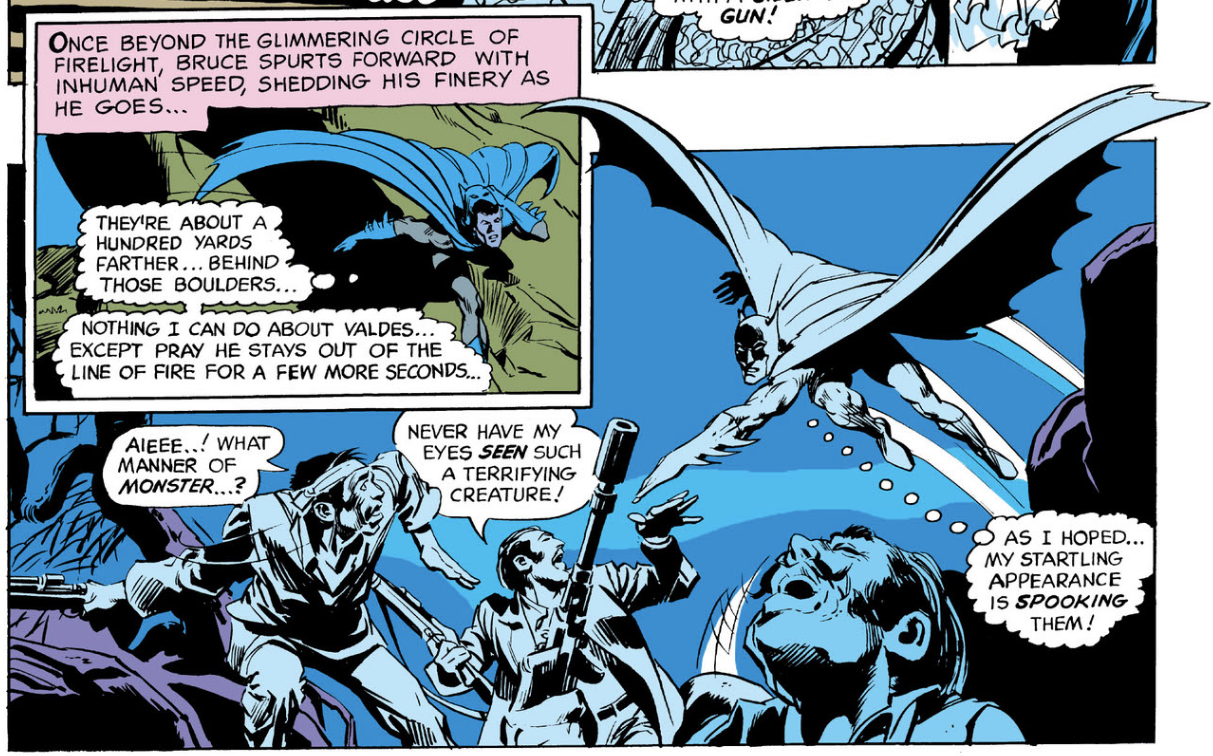 If any of you eagle-eyed Batfans have the lowdown, add it in the comments!