DETECTIVE COMICS #941 is a Horror — In the Best Way

Review of the BATBOOK OF THE WEEK headed your way… now!

I’ve been kinda tough on Detective Comics since Rebirth because of my own distaste for the large number of sidekicks running around Gotham City. (Click here for more on that — if you dare.)

But if there were an issue that shows just why Batman needs a network of operatives to protect his city, it’s Detective Comics #941, the BATBOOK OF THE WEEK. 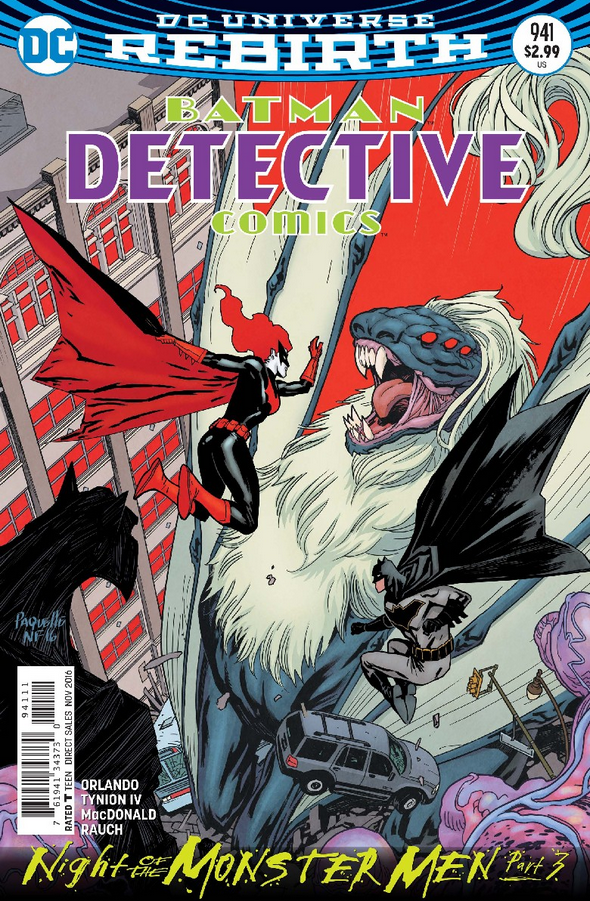 The issue is Part 3 of Night of the Monster Men, a whiz-bang crossover this month in Batman, Nightwing and Detective. It’s Batman Meets Cloverfield, basically, with the Dark Knight’s round table taking on ever more disgusting monsters created by Hugo Strange. (It’s a riff on a story from the original Batman #1 in 1940, not to mention Steve Englehart and Marshall Rogers’ version almost 40 years ago, and other references.)

What makes this issue — scripted by Steve Orlando, with regular writer James Tynion IV getting a story co-credit — so effective is how it illustrates just how difficult it would be for a group of five urban vigilantes and two deeply flawed allies with superpowers to hold a city together amid monsters and catastrophic weather. And without giving too much away, the stomach-churning climax shows exactly what could go wrong for our heroes even beyond the imminent collapse of their city.

Those monsters are really disturbing, by the way, especially as rendered by artist Andy MacDonald and colorist John Rauch. The beasts are big and small, a collection of beaks and claws and wings and sacs and fur and horns and nasty, big, pointy teeth. Oh, and all the entrails! The whole story has been gross but Part 3 was especially horrible and disgusting — in exactly the way you want. 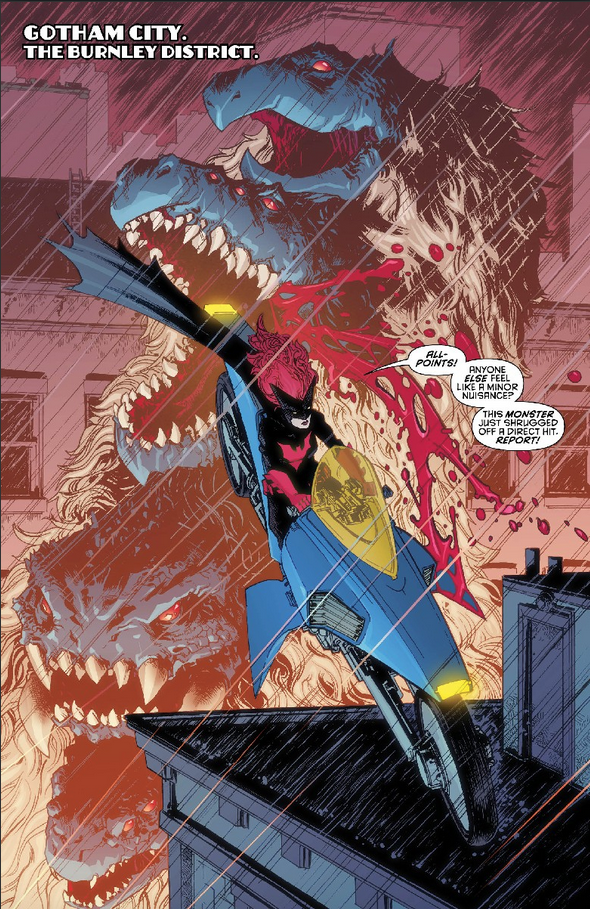 Now. Have I changed my mind about Batman’s widening cast?

Not really. I still pine for the days when it was Batman, Robin and Batgirl (and, later, Nightwing). But I at least recognize that having nearly a dozen allies and sidekicks in your personal army makes things a little more realistic from a storytelling standpoint. (By the way, the heroes do run around while coming to grips with Tim Drake’s “death” last issue.)

I also recognize that this is a matter of taste because taken on its own merits, Detective Comics #941 was really fun and entertaining, which are the most important qualities for a superhero comic. 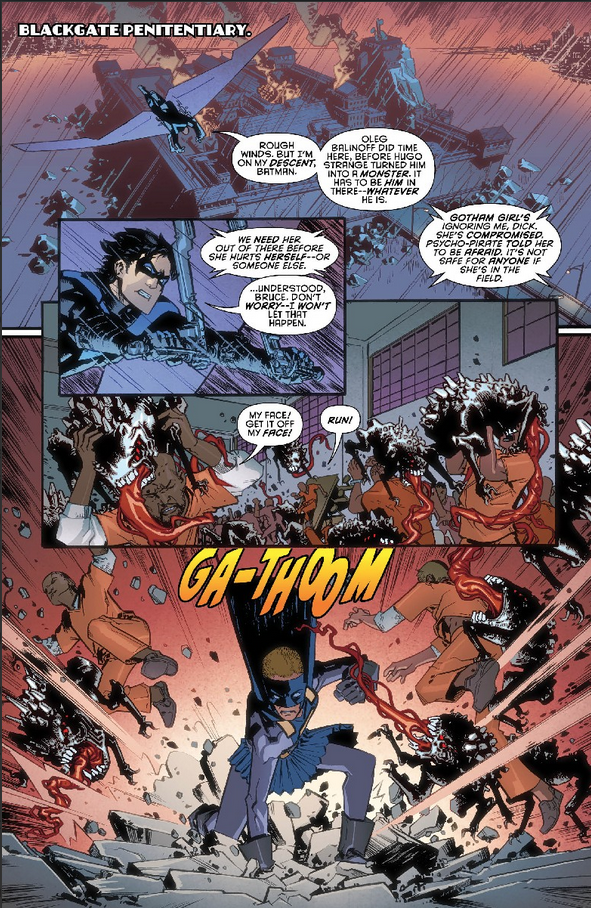 — We also get Teen Titans: Rebirth #1 and Titans #3. Now, if you want to know why the Titans are comics’ greatest team — and you do — click here.

— But the item I’m most looking forward to this week is the DC Collectibles Darwyn Cooke Designer Series Catwoman action figure. I only have the promo image to go by, but this looks like it might be one of the best Selina figures ever. No surprise there. 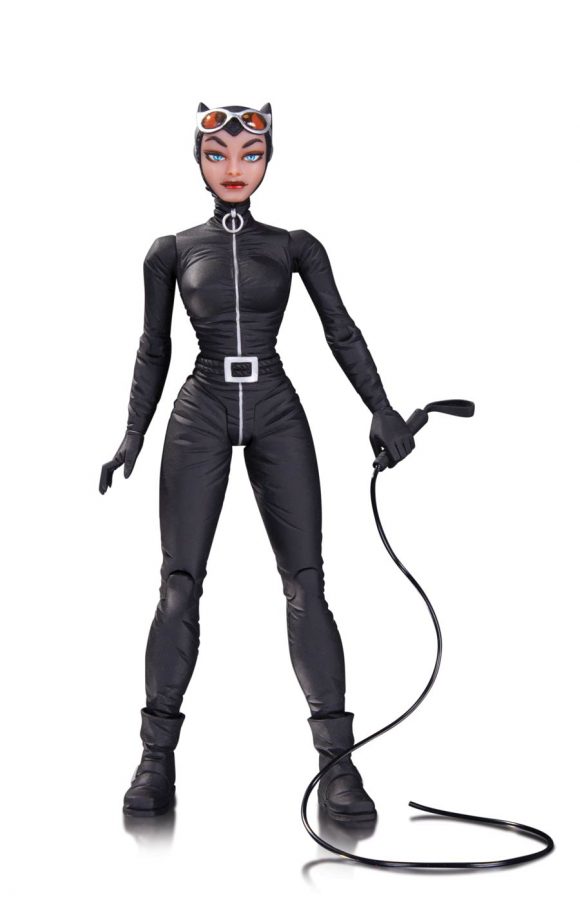