Well, this is sad.

This from DC’s December solicitations today: 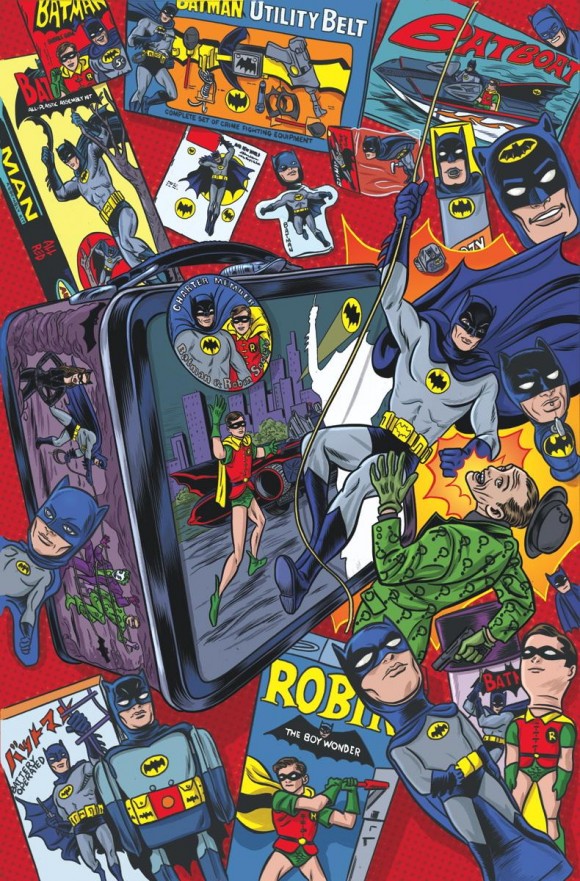 Art and cover by MICHAEL ALLRED

BATMAN ‘66 comes to a close as we unleash cover artist Michael Allred on the entire issue! Mobs of villains arrive in Gotham City for what appears to be a full-blown Criminal Convention. But one bad guy is not happy with how he’s being treated, and decides to tip off Batman and Robin. Will even this valuable bit of information be enough to help the Dynamic Duo overcome the overwhelming odds?

Batman ’66 has been a glorious series — and a fitting tribute to the show we all know and love. I’ll have much more to say about this down the line, but in the meantime I can say that at least they’re going out with a bang. The Allred brothers have done wonderful work together before and this cover is already begging for a spot on my wall. It certainly speaks to everything we dig about the series, well beyond the show itself.

At least we’re getting this in December too, so maybe the book will continue as a series of minis …

(UPDATED: A source of mine tells me that Batman ’66 specials are in the offing. We already know about Man From UNCLE and the Avengers. And since next year is the 50th anniversary, I’m betting there will be more. Still, there’s nothing like a monthly!)