DC’s BATMAN ’66 Comics Series Nears the Finish Line … or Does It?

This week’s DC Comics solicitations include an entry for Batman ’66 Meets Wonder Woman ’77 #6 — the miniseries’ finale.

Besides Julie Newmar’s very Farrah Fawcett-esque pose on Mike Allred’s excellent Disco Era-inflected cover, something hit me: What’s next for the Batman ’66 comics?

Well, it looks like the Batcave is going to be sealed up — at least for awhile. 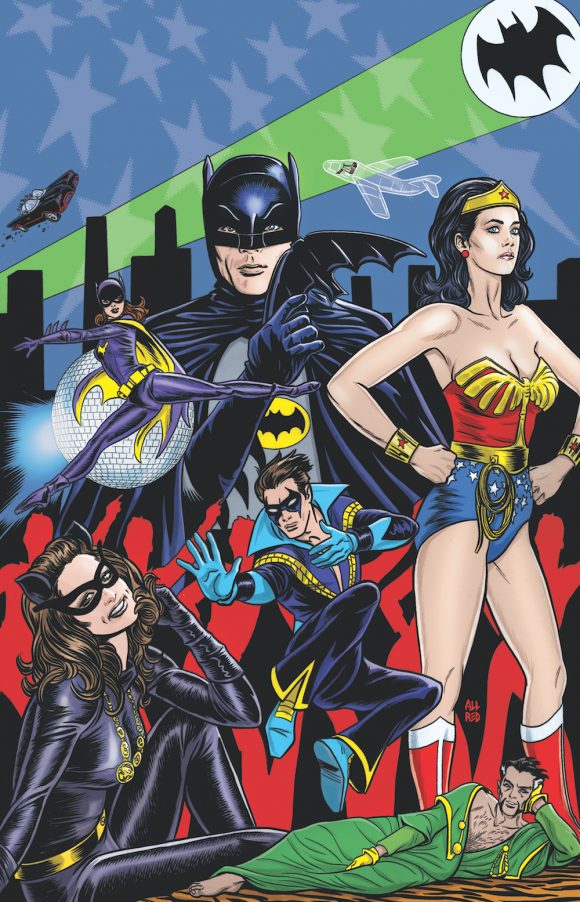 How very Burt Reynolds of you, Ra’s…

I’ve heard tell there’s a one-shot crossover in the works for this summer — and, hey, hey, maybe/possibly/hopefully another crossover down the line that would flip your wig — but right now the series’ future is a riddle worthy of Frank Gorshin (or even John Astin).

The series, helmed mostly by writer Jeff Parker and a coterie Bat-artists, has been a smashing success. As fans, we’ve gotten more out of it than we possibly could have hoped when it debuted as a monthly nearly four years ago: 30 issues of the main series, a “Lost Episode” one-shot, plus crossover minis featuring the Green Hornet, the Man From UNCLE, the UK Avengers (Steed and Mrs. Peel), and, finally, Wonder Woman ’77. 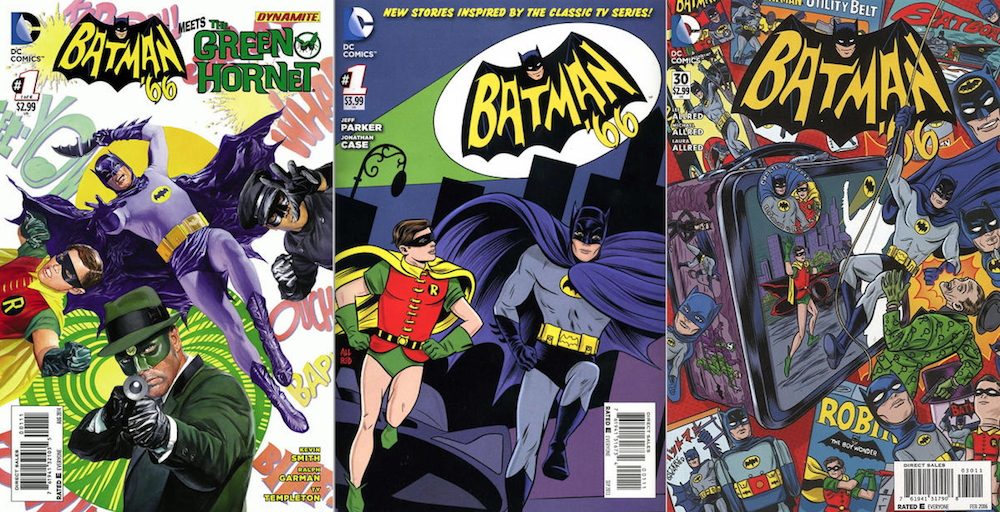 That’s 55 issues — plus the one I hear is coming. (That also means dozens of frame-worthy covers by Allred and other Bat-istas like Alex Ross, Kevin Maguire, Jonathan Case, Joe Quinones, Cat Staggs and Eduardo Risso.)

For its part, DC is basically mum, with nothing to report. That’s to be expected: The publisher generally refuses to comment or elaborate on anything it hasn’t formally announced. But my understanding is that the Batmobile is headed at least toward the sunset.

Nothing lasts forever, especially a niche project like this. Nevertheless, there are still plenty of crossover opportunities (click here — one of these may actually happen) and I hold out hope that someday we’ll get a Batman ’66 Meets Superman ’78, but it looks like we’re mostly going to have to make do with what we have, just as we have the three seasons of the show (and movie).

Still, it’s a four-year run that’s worthy of celebration. Hell, that’s about twice as long as the show itself.