Decade-tribute covers have become The Thing for big anniversary and milestone issues and in January, we showed you the eight for March 11’s one-shot Robin 80th Anniversary 100-Page Super Spectacular #1. (Click here to check them out in all their unlettered glory.)

Now, as a 13th Dimension EXCLUSIVE, we can show the final versions of all eight — with era-appropriate logos.

You can click here to check out seven of them. But one of them — the 1970s tribute — deserves a spotlight all its own. 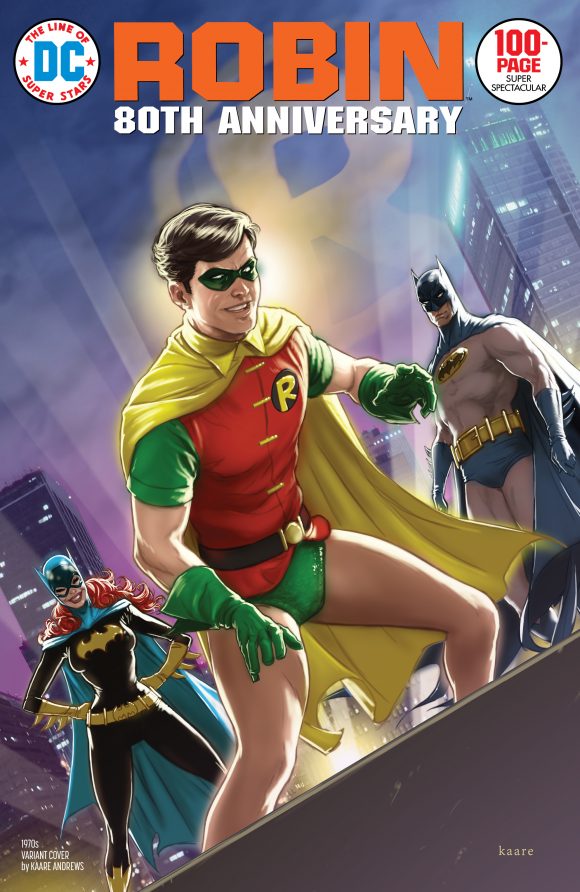 Yeah. It’s the same logo as this:

Now, of course, Mego didn’t create the logo. The toymaker lifted it from the Robin deck of this early ’70s Batman comic banner: 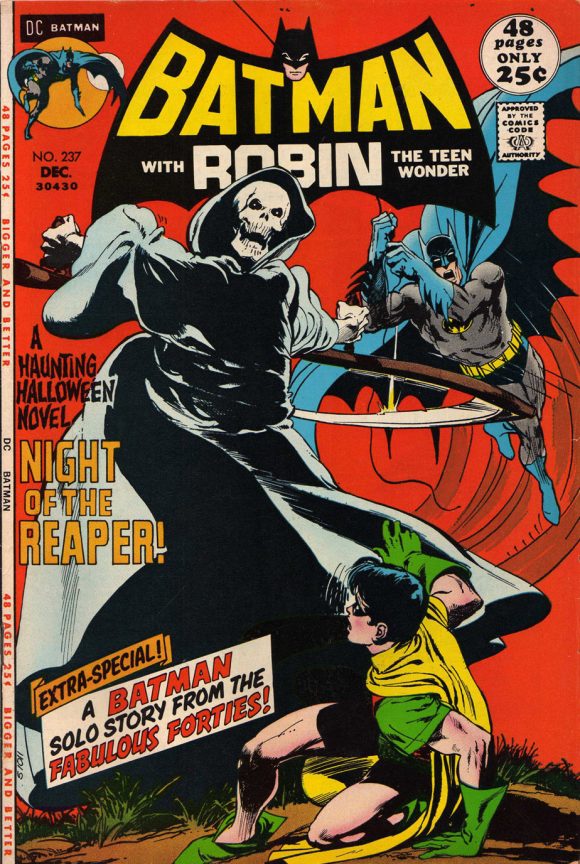 But I don’t think there’s a Bronze Age fan alive who doesn’t see those bold, block letters and think of their favorite Boy Wonder action figure — especially in orange.