This one’s been a long time in coming…

I think it’s fair to say that DC has done a tremendous job reprinting Batman’s Golden Age adventures and a serviceable job on the Bronze Age. Silver Age? Not so much.

You did have the two-volume Dynamic Duo Archives set but that was a long time ago, the Showcase books were in black and white, and any other reprints have been spread out through various volumes, such as Batman In the Fifties and Batman In the Sixties. 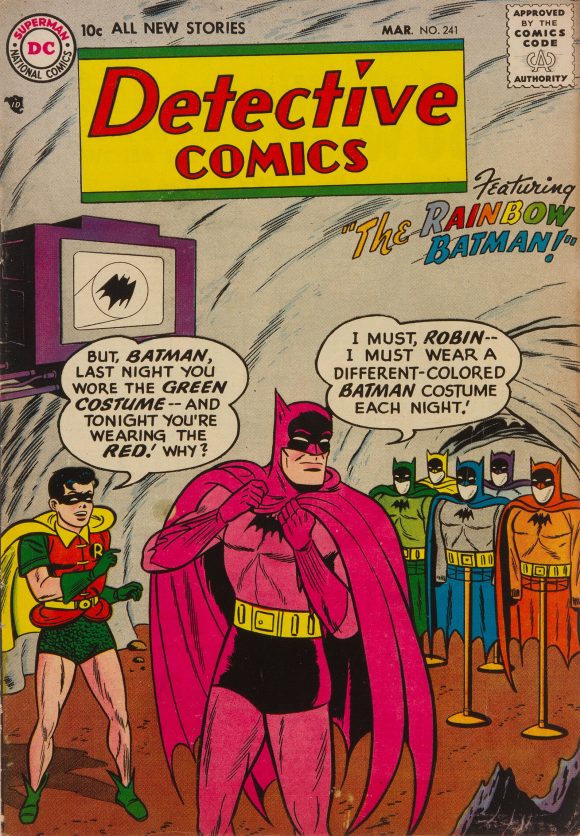 But something comprehensive like a Silver Age omnibus? Nada. Until now: Coming in July 2022 is Batman: The Silver Age Omnibus Vol. 1, featuring the earliest issues of the period that dates back to the mid-’50s — many of which have never before been reprinted.

Check out the official description, from a listing by Penguin Random House, which distributes DC in the book market: 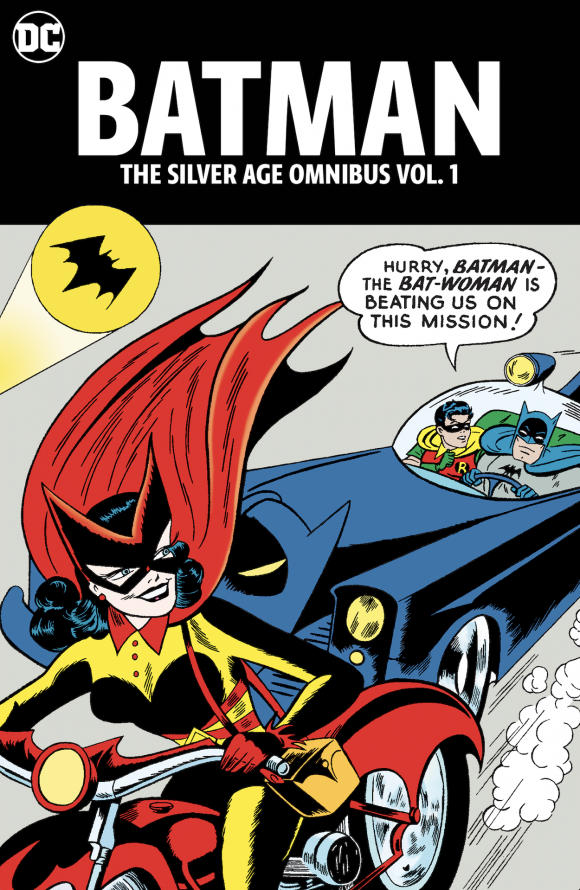 The iconic tales of Batman from the classic Silver Age collected for the first time in this incredible omnibus!

The Caped Crusader is known for protecting the streets of Gotham from the villains who wish to cause harm. Follow along on some of his most adventurous tales in Batman: The Silver Age Omnibus Vol. 1 collecting Batman #101-116 and Detective Comics #233-257! 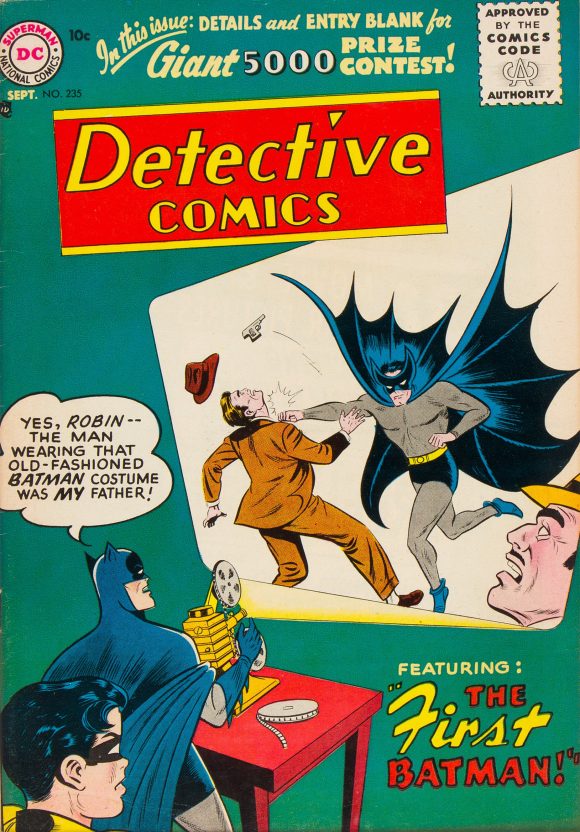 — Even though there’s plenty of silliness, there are also some superb stories in this edition, perhaps most notably Detective Comics #235’s The First Batman, by Bill Finger and Sheldon Moldoff. (That’s a story that’s been reprinted many times but it never gets old. Hell, so much of Grant Morrison’s epic run traces back to that very story.)

— 65 YEARS: Celebrating THE FLASH’s Anniversary — and the Birth of the SILVER AGE. Click here.