DC Teases Return of BRUCE WAYNE as ROBIN — Sort Of

My favorite DC series right now is The Batman and Scooby-Doo Mysteries, simply because the whole thing (at least so far) is a charming trip down Batman’s memory lane. Canon need not apply here, so the creative teams have free rein to play with concepts that you just plain don’t see in the mainline Batcomics anymore.

And that’s not a knock on the new Batman comics, either. It’s just their focus is elsewhere and that’s fine.

Anyway, this leads me to the recently released solicitation for September’s Batman/Scooby #6: 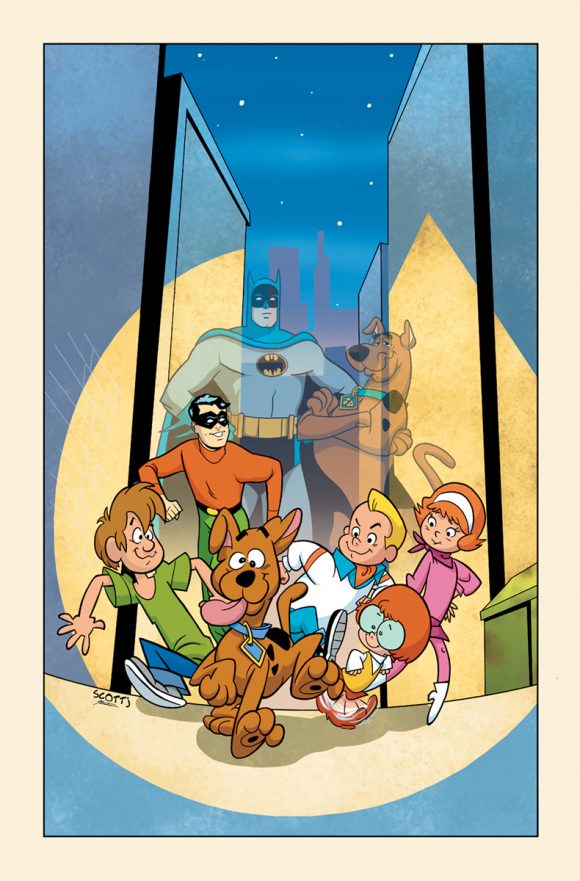 The untold eerie mystery that brought about the first historic meeting between… a young Batman and a pup named Scooby-Doo!

That’s cute and all but here’s what jumped out at me: that young Batman running with the kiddie Scooby Gang is wearing… Robin’s colors. 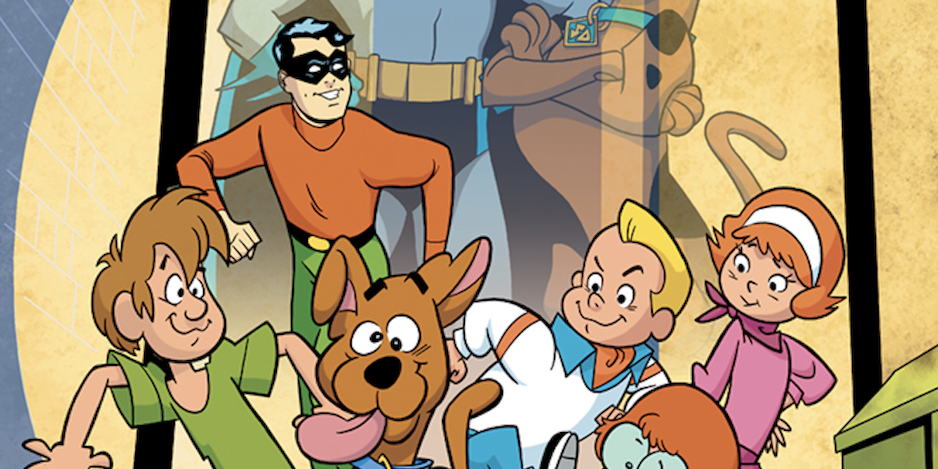 That may confuse some of you but it will make others of you laugh out loud. That’s because so many people have forgotten that once upon a time in Gotham, Bruce Wayne was the first Robin, working under the tutelage of a detective named Harvey Harris. 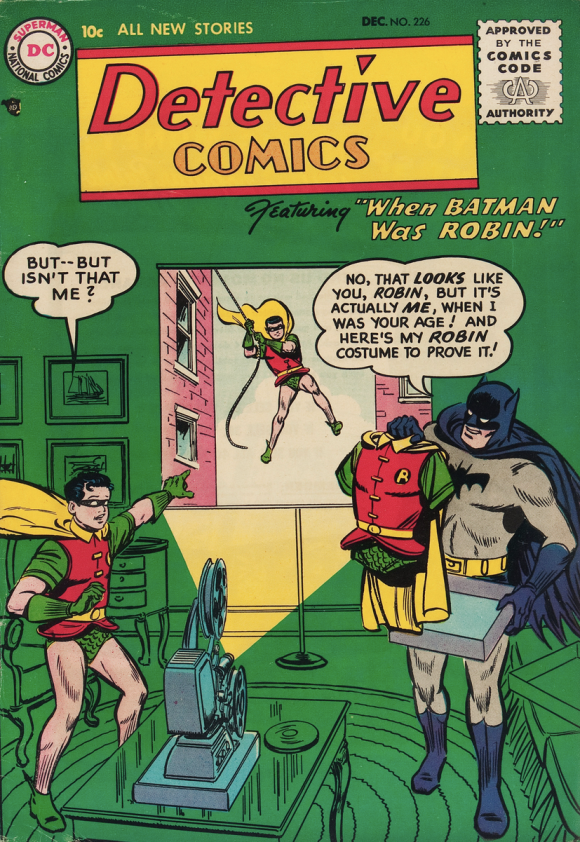 A great Win Mortimer cover made even more striking by the heavy use of Robin’s green, red and gold. (Colorist unknown, unfortunately.)

This bit of retcon tomfoolery first appeared in Detective Comics #226’s “When Batman Was Robin,” by Edmond Hamilton, Dick Sprang and Charles Paris in 1955 and was repeated over the years. It was even preserved as part of official canon in Len Wein, John Byrne and Jim Aparo’s 1980 definitive pre-Crisis origin miniseries The Untold Legend of the Batman: 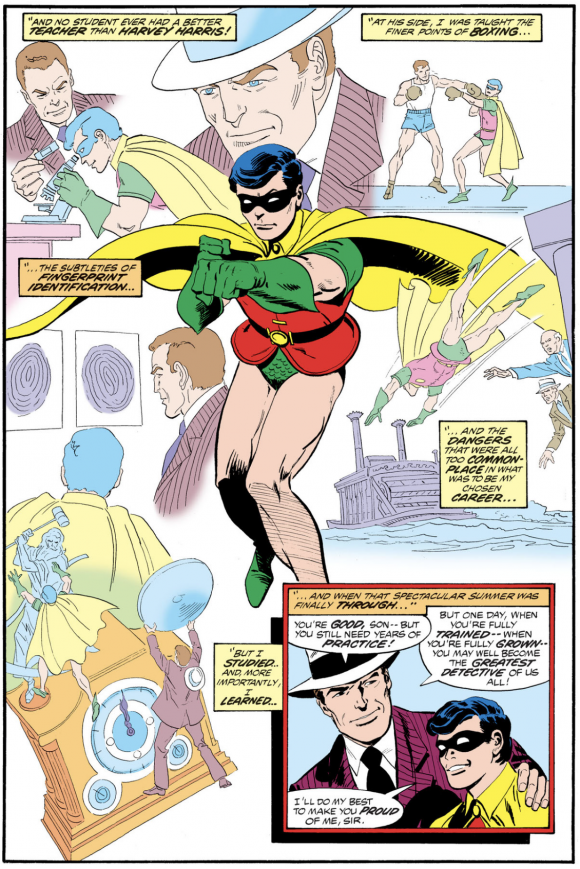 From The Untold Legend of the Batman #1

Now, we don’t know that Batman/Scooby #6 will feature Harvey Harris or make reference to him, but I’d wager it’s a fairly safe bet.

After all, this is a series that devoted its first issue to Batman’s purple gloves — which is yet another example of why this comic rocks.

— Why DC Needs to Reprint THE UNTOLD LEGEND OF THE BATMAN. Click here.