The new reprint line will feature The Joker, Superman, Swamp Thing — and MORE… 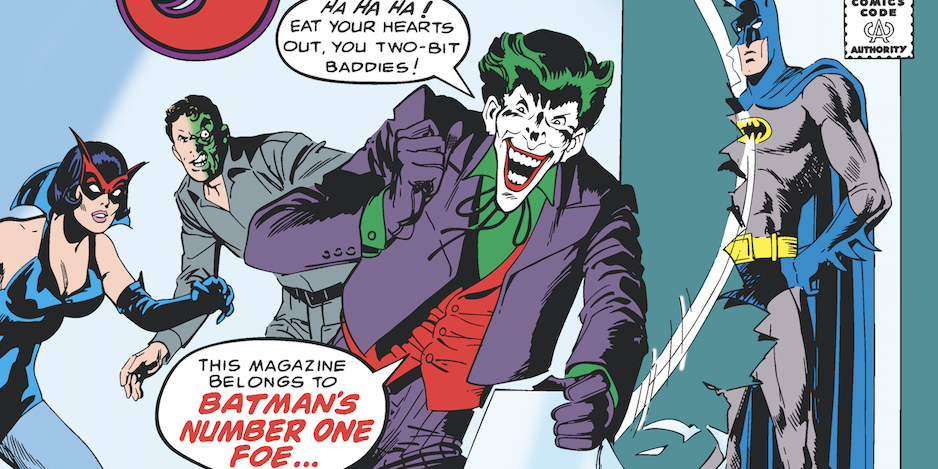 As you know by now, DC in September will launch a line of dollar reprints on top of its Facsimile Editions (which will start coming out in August). You can click here for that initial line-up.

Anyway, the publisher on Monday released its October slate of Dollar Comics — and there are some real doozies in there: 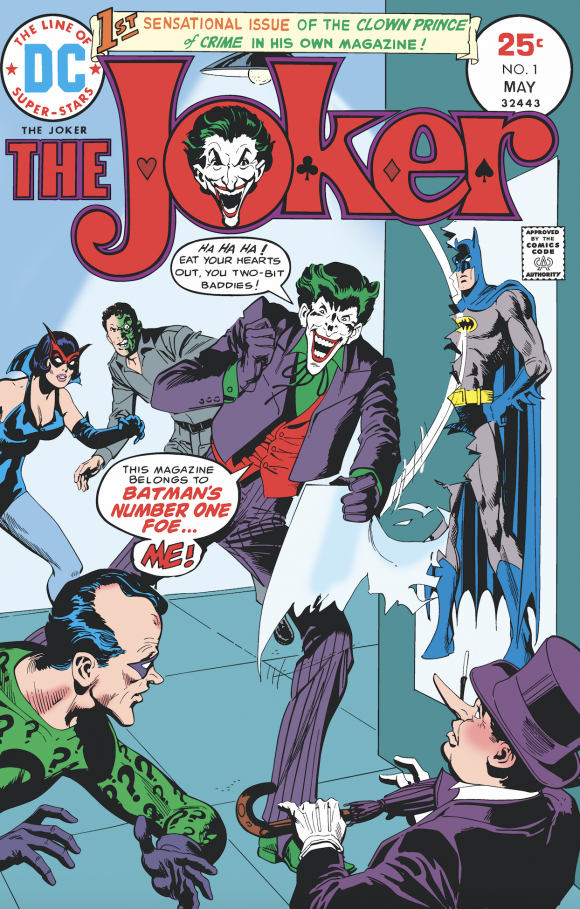 Written by DENNIS O’NEIL
Art by IRV NOVICK and DICK GIORDANO | cover by DICK GIORDANO
The Clown Prince of Crime launched his own comics series with this 1975 issue guest-starring Two-Face!
ON SALE 10.02.19
$1.00 US | 32 PAGES | FC 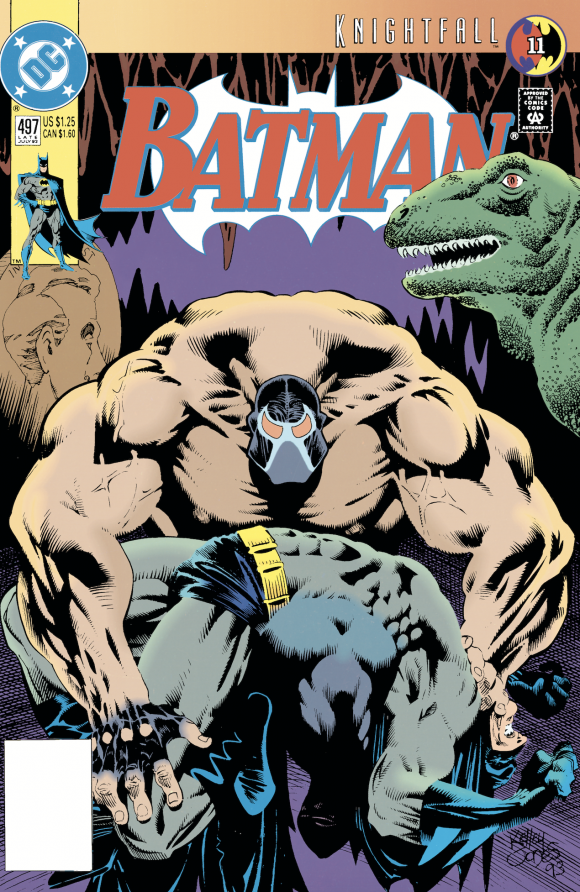 Written by DOUG MOENCH
Art by JIM APARO and DICK GIORDANO | Cover by KELLEY JONES
Reprinting the pivotal chapter of “Knightfall” in which Bane breaks the Bat! Solicited to
coincide with TALES FROM THE DARK MULTIVERSE: BATMAN: KNIGHTFALL #1.
ON SALE 10.16.19
$1.00 US | 32 PAGES | FC 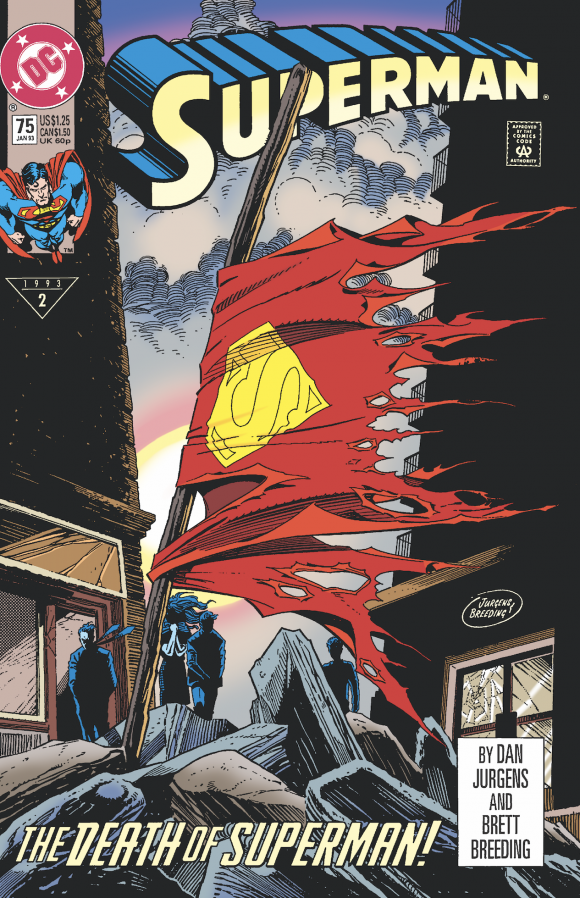 Written by DAN JURGENS
Art and cover by DAN JURGENS and BRETT BREEDING
The Man of Steel pays the ultimate price to defeat the creature known as Doomsday in
this climactic chapter of “The Death of Superman”! Solicited to coincide with TALES
FROM THE DARK MULTIVERSE: THE DEATH OF SUPERMAN #1.
ON SALE 10.30.19
$1.00 US | 32 PAGES | FC 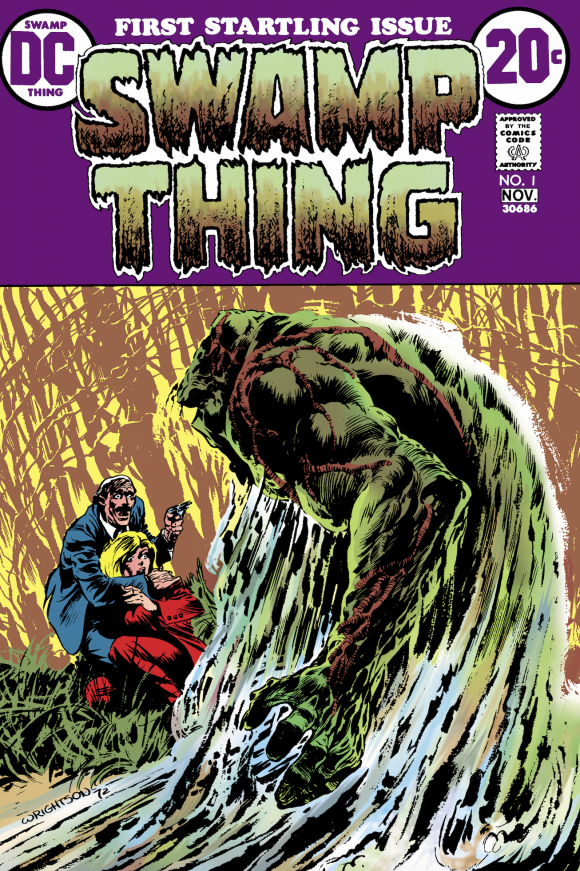 Written by LEN WEIN
Art and cover by BERNIE WRIGHTSON
Following an act of sabotage that was meant to kill him, scientist Alec Holland is reborn as the protector of the Earth known as Swamp Thing!
ON SALE 10.23.19
$1.00 US | 32 PAGES | FC 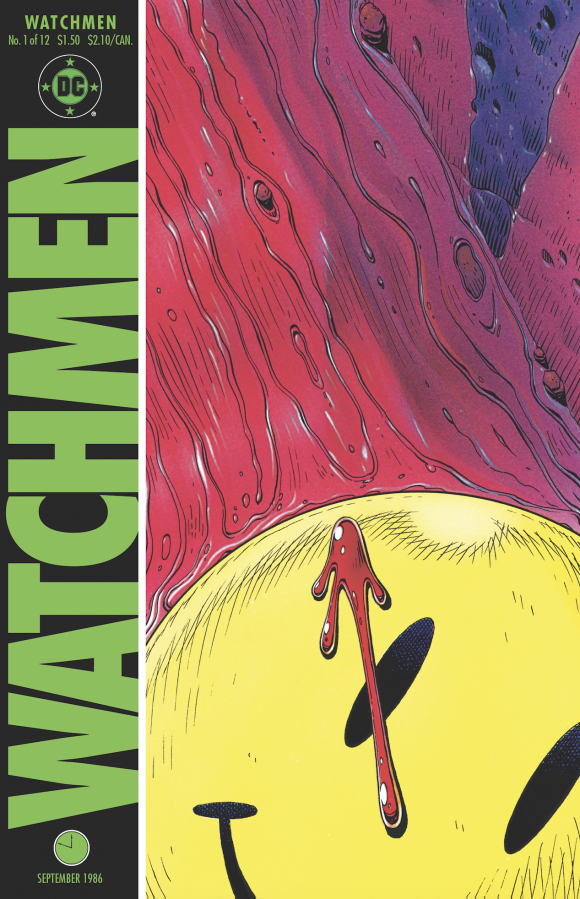 Written by ALAN MOORE
Art and cover by DAVE GIBBONS
The Comedian is dead — and Rorschach wants to know who killed him! This is the legendary story that set WATCHMEN in motion and introduced t
he world to a superhero team like no other!
ON SALE 10.09.19
$1.00 US | 32 PAGES | FC

As I’ve noted before, DC’s Facsimile Editions and Dollar Comics are designed to promote other projects. Two of them are listed above. But clearly The Joker and Watchmen issues are meant to play off the new movie and HBO series, respectively.

And Swamp Thing? Well, there’s the DC Universe show — even though it’s already been cancelled. But, hey, Wein and Wrightson for a buck? That’s an easy pick-up.