REVIEW: A lotta talent in one package… 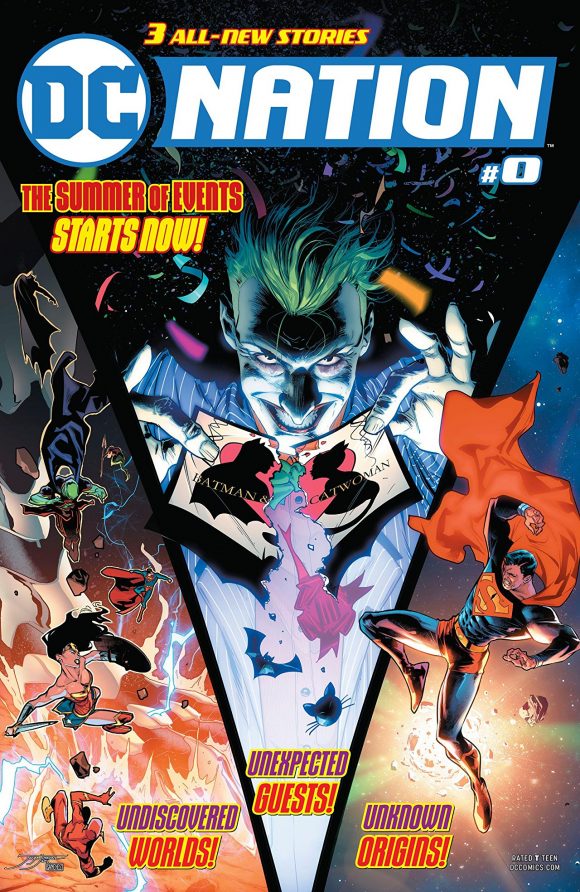 I don’t think it’s hyperbole to suggest that DC is poised to have one of its biggest summers since the ’80s.

Let’s take June 1986. Wanna know what was on sale that month? How about The Dark Knight Returns #4, Whatever Happened to the Man of Tomorrow? and Watchmen #1.

Flip the calendar page to July and you can add The Man of Steel to the mix. And Alan Moore was still on Swamp Thing too. 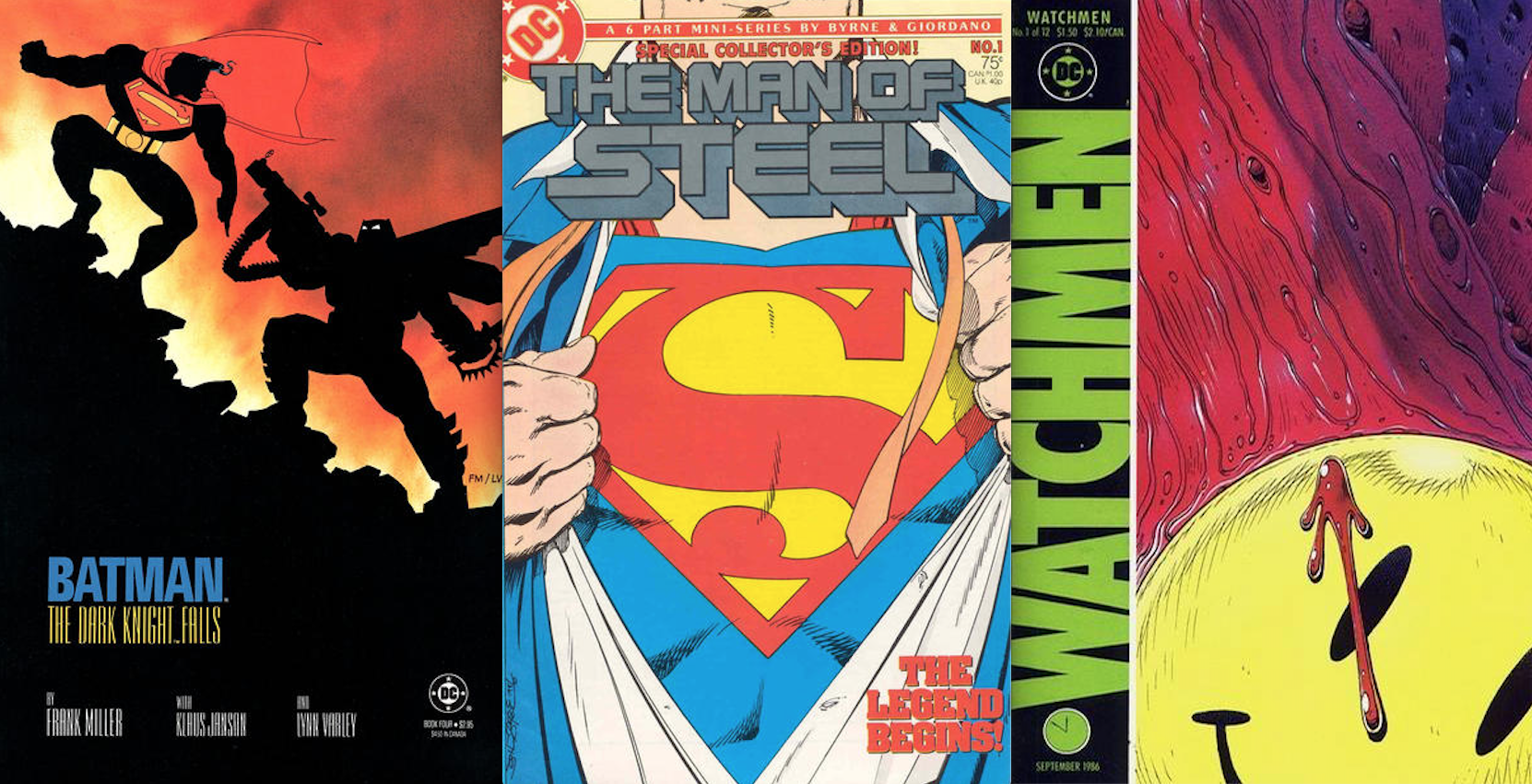 Now, I’m not saying DC’s there again. But the publisher is readying a big splash with three major events led by three of the biggest writers in the biz: Batman’s wedding to Catwoman, by Tom King; the relaunch of Justice League, by Scott Snyder; and — oh yeah — Brian Michael Bendis’ takeover of Superman, starting in earnest with… The Man of Steel. (And let’s not forget all the great artists involved, like Clay Mann, Mikel Janin, Joelle Jones, Mitch Gerads, Neal Adams, Jorge Jimenez, Ivan Reis, Doc Shaner, Adam Hughes, Patrick Gleason and so many others.)

And if you want a taste of all three projects, then you need to pick up DC Nation #0, a 25-cent, three-story sampler out Wednesday, just a few days ahead of Free Comic Book Day. (Some retailers are giving the book away, so ask your shop.) 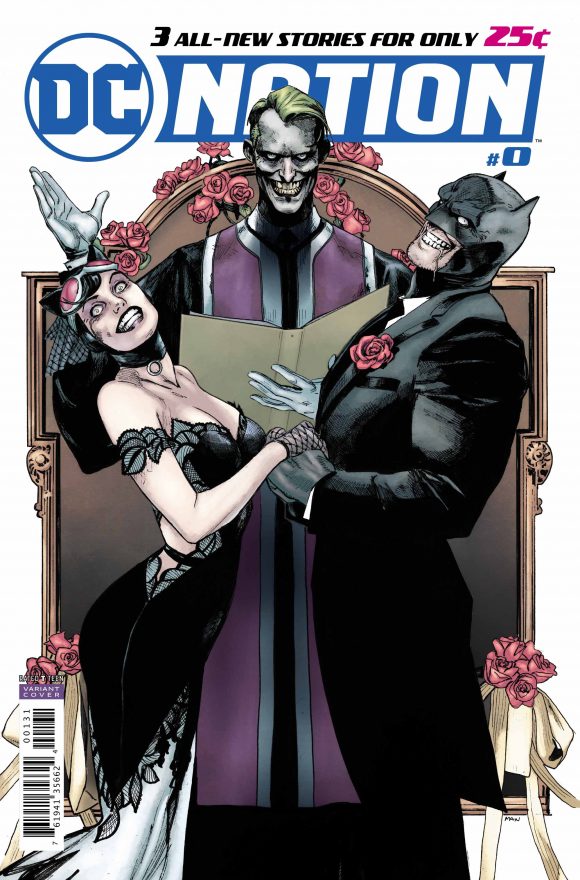 In the first story, the Joker torments a random homeowner while waiting for a wedding invitation that we know will never arrive. Unfortunately, the poor schmuck knows it too — and fears what’ll happen when the Joker realizes it.

King hasn’t written much prime Joker. The War of Jokes and Riddles dealt with a Clown Prince of Crime who’d lost his mojo. But here, we get an archvillain who is desperately scary, funny — and supremely motivated to wreak havoc on the pending nuptials. (And my lord does Clay Mann draw a frightening Joker.)

It’s the most tense 8 pages I’ve read in a long time and the highlight of the issue. 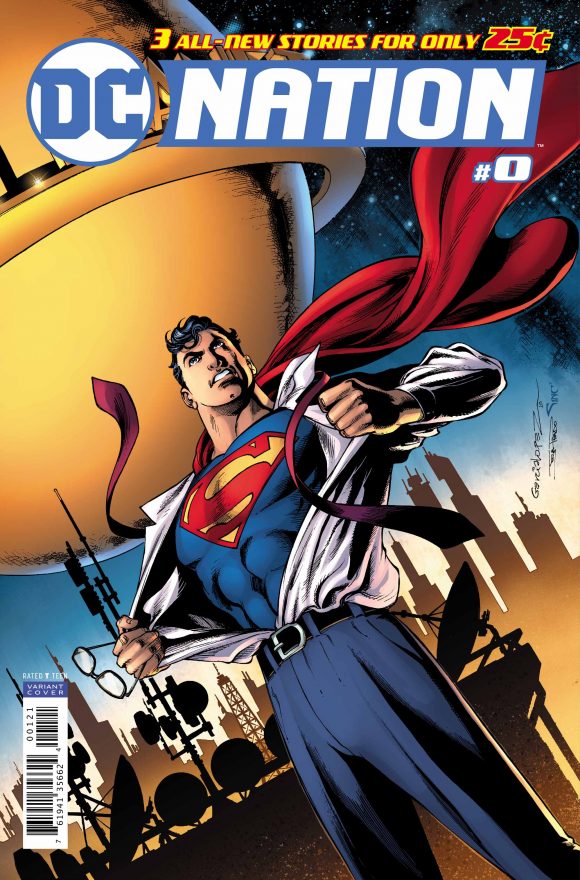 The book then segues into Bendis’ second Superman story, following his debut in Action Comics #1000. While that story was a big, bombastic battle in the middle of Metropolis, this one deals almost exclusively with (a Christopher Reeve-ish) Clark Kent and the new status quo of The Daily Planet — with an absent Lois Lane and a new staffer who doesn’t appear to have altruistic reasons for joining this great metropolitan newspaper. 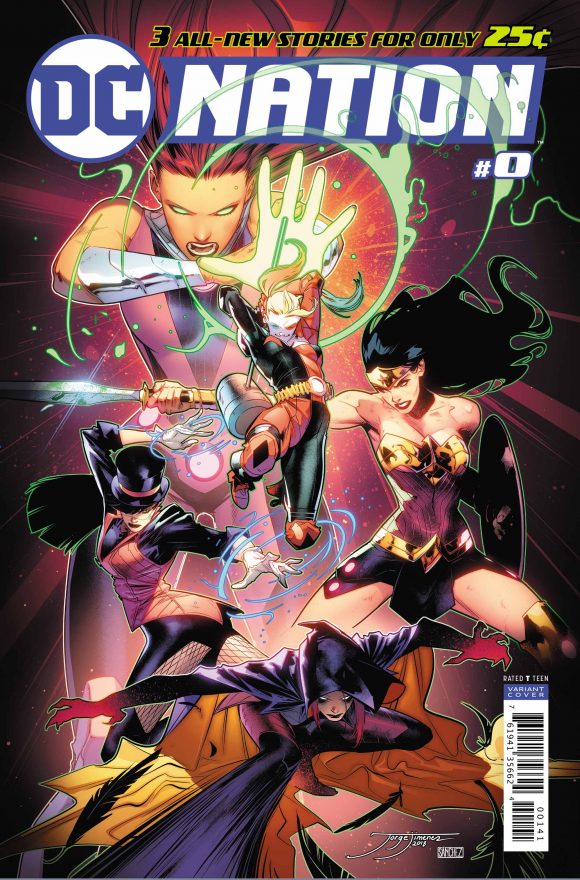 The issue wraps up with a prelude to Justice League: No Justice, the weekly series written by Scott Snyder, James Tynion IV and Joshua Williamson that will lead to a new series of JL titles, including a revamped flagship that will be helmed by Snyder himself.

This one’s standard Justice League — the World’s Greatest Superheroes (and Supervillains) have split into four teams to combat a cosmic threat out to destroy us all.

Given the sheer number of characters on hand and the limited space available, it’s a pretty straightforward affair. We get a taste of who’s where and a bit of characterization, solidly told with nice line art by Jorge Jimenez. (I also dig Alejandro Sanchez’s colors on the final page.)

Even though this was a little cramped, there’s no question that No Justice — with art by Francis Manapul — will be a must-buy when it formally launches next week.

So, OK. Perhaps it’s not fair to bring up 1986, which radically altered the comics industry.

But 2018 is looking like one hell of an entertaining summer, thanks to some top-flight talent.