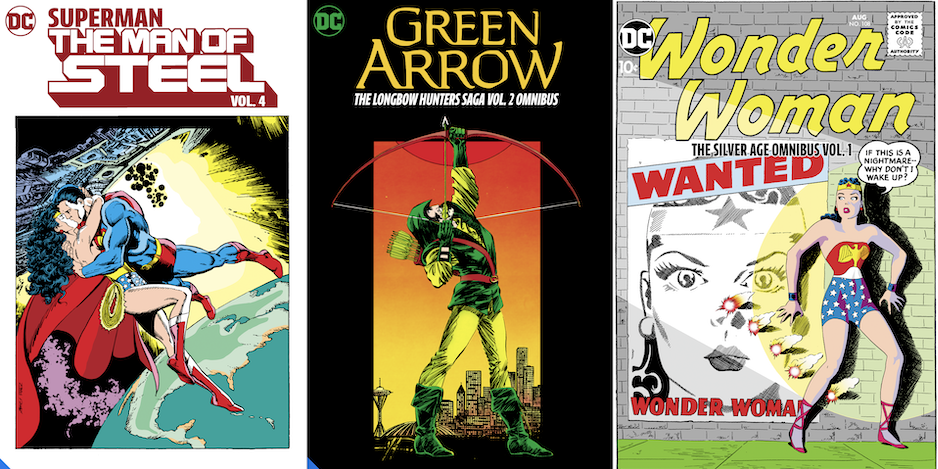 It’s been awhile since there’s been word of big-time new hardcovers from DC that will appeal to retro-minded readers like your own bad self.

Well, the wait’s been worth it: Check out this run of deluxe editions and omnibi coming in late 2021 that feature mega-talents like Jack Kirby, John Byrne and Mike Grell, and topics such as Wonder Woman in the Silver Age, 80 years of Aquaman, and much more.

Dig these descriptions — in alphabetical order — from Penguin Random House, which handles DC in the book market: 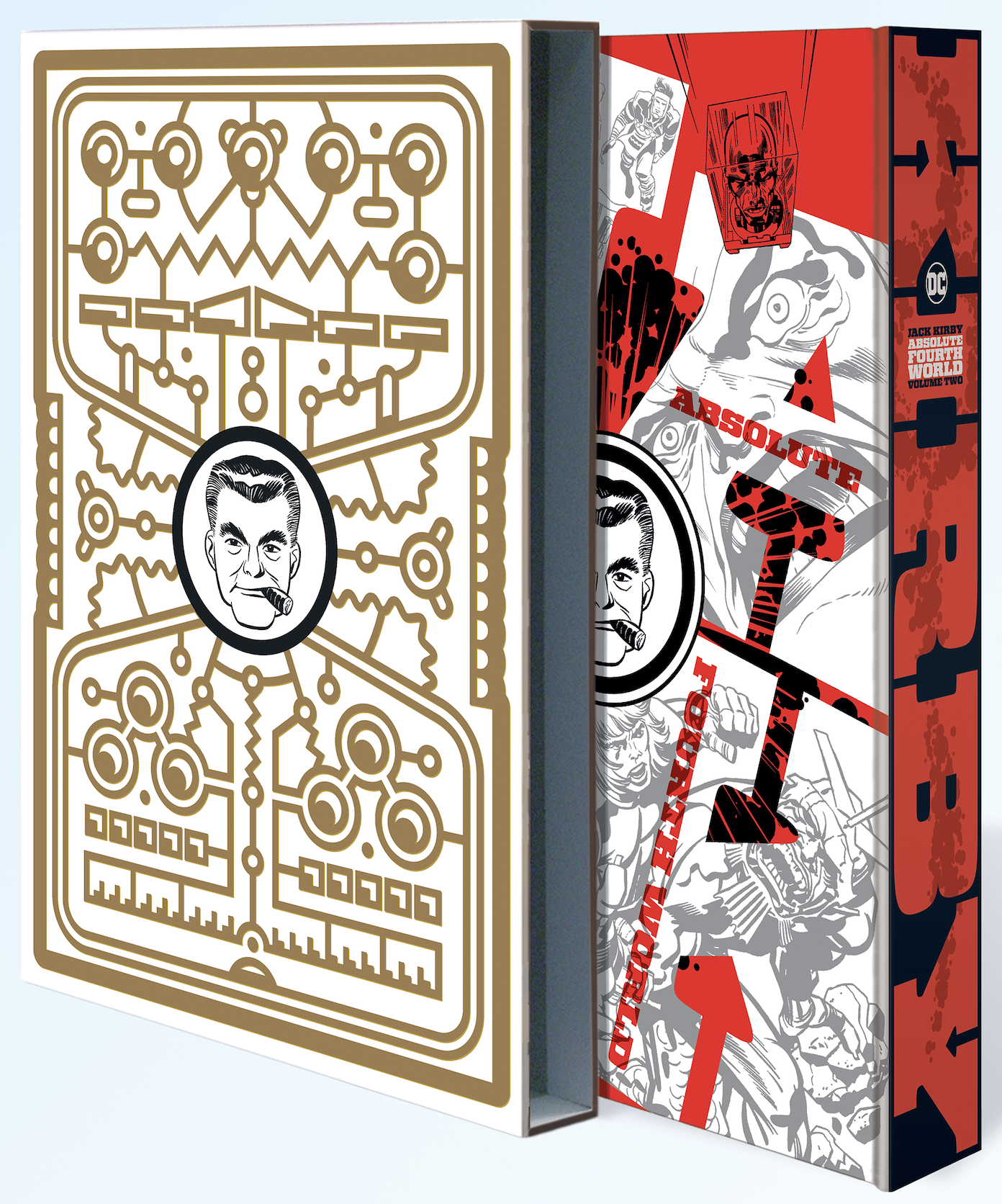 After co-creating comic book heroes such as The Fantastic Four and The Hulk, legendary writer/artist Jack Kirby came to DC Comics in 1970 to write and illustrate four interlocking series known collectively as “The Fourth World.”

Now, DC collects Kirby’s entire runs on these four series–The New Gods, The Forever People, Mister Miracle and Superman’s Pal Jimmy Olsen. These comics spanned galaxies, from the streets of Metropolis to the far-flung twin worlds of New Genesis and Apokolips, as cosmic-powered heroes and villains struggle for supremacy, and the world-conquering Darkseid adventured across Earth for the deadly Anti-Life Equation.

Aquaman: 80 Years of the King of the Seven Seas — The Deluxe Edition 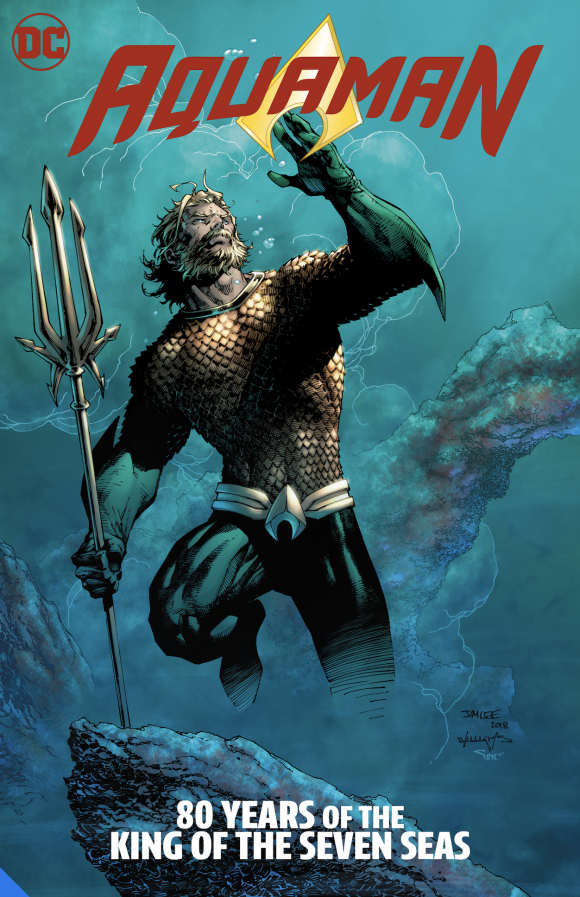 This new hardcover includes Aquaman’s most memorable appearances, from his 1940’s debut in the pages of More Fun Comics #73 to recent classics from top creators including Geoff Johns and more! Discover the stories that shaped the hero of the seas!

DC Through the ’80s: The Heroes 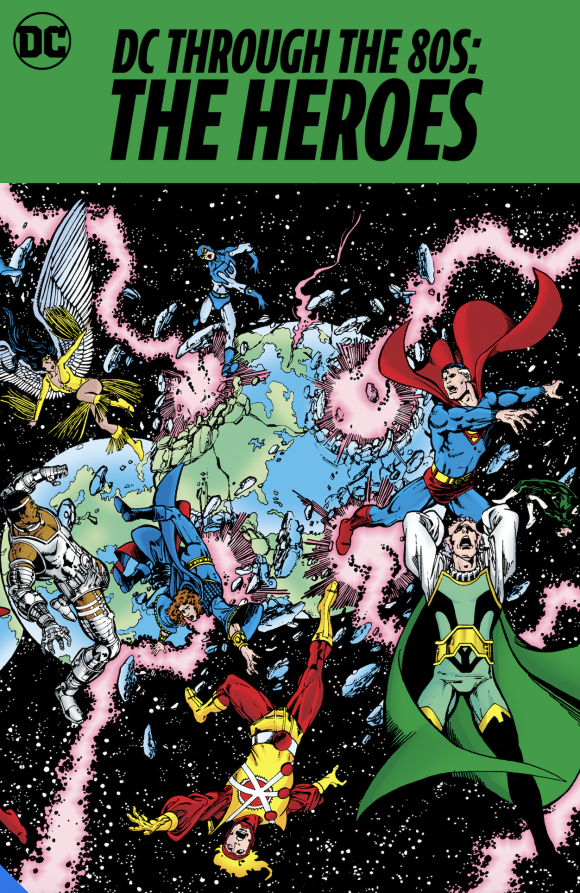 The 1980s were a period of great achievement and transition for DC, one that introduced some of DC’s all-time bestselling titles including Watchmen and The Dark Knight Returns. For the first time, DC offers a retrospective of this monumental decade in one collected edition.

The early 1980s saw a tectonic shift rumble through the world of comic books. The newsstands and mom-and-pop stores that had been comics’ primary distribution points were vanishing, taking with them the familiar “Hey Kids! Comics!” displays. In their place, new world of comic book specialty shops was opening up, changing the medium’s audience–and everything else about the art form.

Presented here are milestones in graphic storytelling including The Man of Steel # 1 written and illustrated by comics legend John Byrne which revamped Superman for a new era, The New Teen Titans # 1 by Marv Wolfman and George Pérez which became DC’s bestselling title of the decade and inspired a new generation of writers and artists which its innovative approach which put as much emphasis on the heroes’ personal lives as their battles and much more.

Look back on a vanished time and smile again at its magic where the modern era of comics was born! 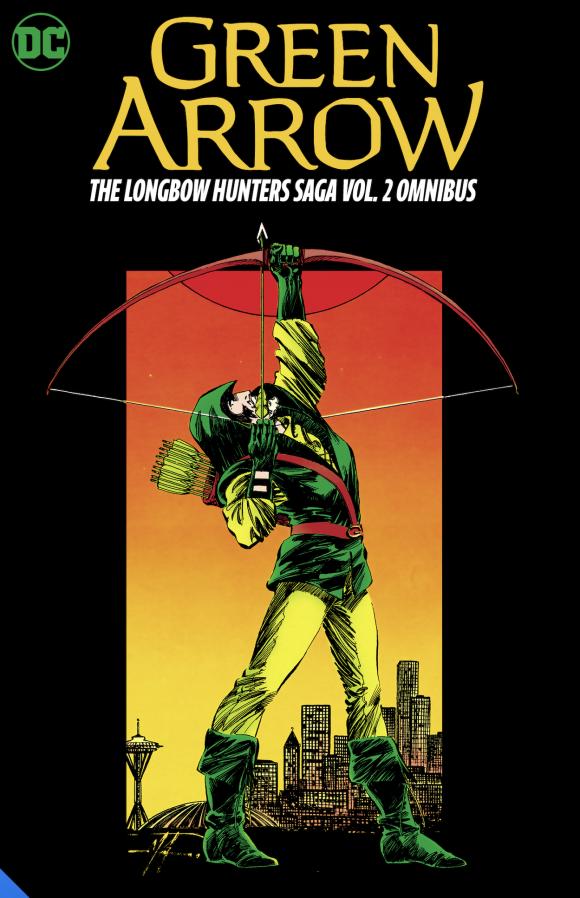 Oliver is faced with all new challenges in Green Arrow: The Longbow Hunters Saga Omnibus Vol. 2. While Oliver is confronting the reality of his identity—and the repurcussions of his actions—he’s also being hunted by the CIA after being framed for a murder he didn’t commit.

And that’s not all! Oliver and Dinah find themselves traveling back to the days of Robin Hood! Find out all that happens in Green Arrow: The Longbow Hunters Saga Omnibus Vol. 2 collecting Green Arrow #51-80; Green Arrow Annual #4-6; Who’s Who #14; The Brave and the Bold #1-6; Shado: Song of the Dragon #1-4; Green Arrow: The Wonder Year #1-4.

Superman: The Man of Steel Vol. 4 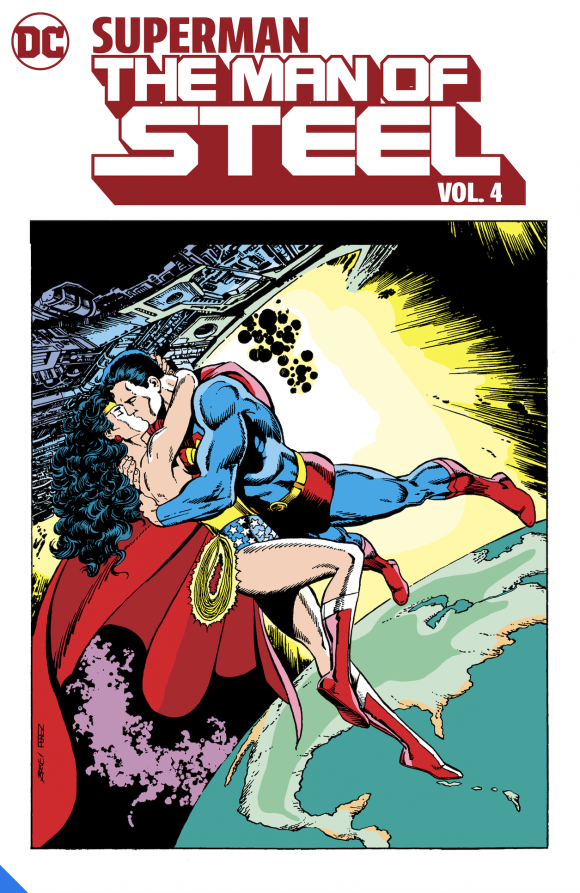 In this collection, meet Supergirl and learn who she is and what secrets her powers hold! And Superman and the Doom Patrol must find a way to protect Smallville! There’s even a visit to Krypton! This volume contains Superman #16-22; Adventures of Superman #439-444; Action Comics #598-600; Superman Annual #2. 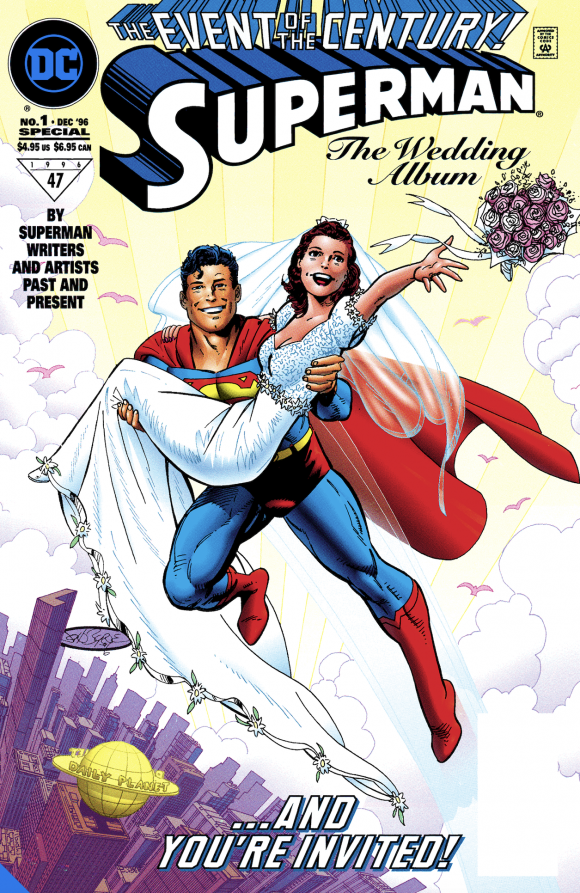 From some of comics greatest talents, comes Superman & Lois Lane: The 25th Wedding Anniversary Deluxe Edition! Sometimes even a hero needs advice in relationships, and when Superman needs a listening ear there’s no one better for the job than Wonder Woman! Catch all the action and romance as Superman and Lois get ready to tie the knot! Collecting Superman #118; Adventures of Superman #541; Action Comics #728; Superman: The Man of Steel #63; Superman: The Wedding Album #1 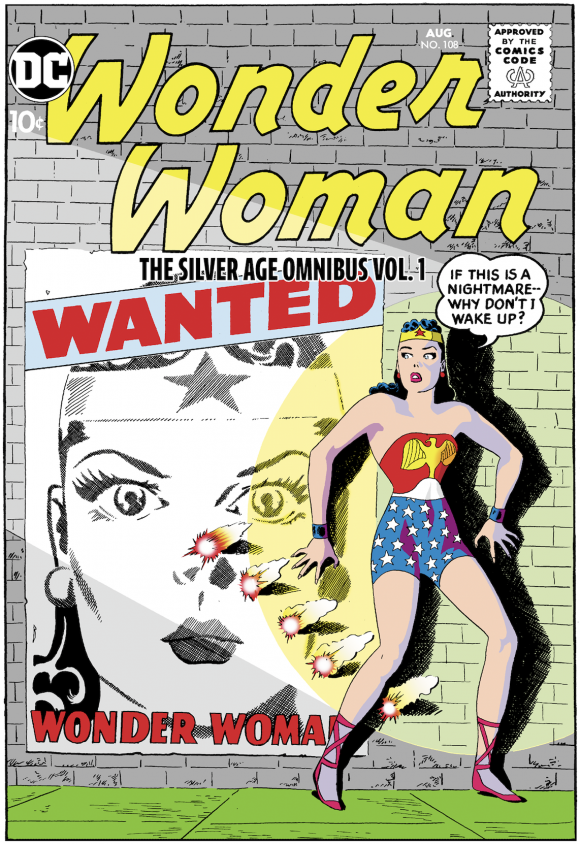 Classic Wonder Woman stories from the Silver Age of comics are reprinted here for the first time in color.

Fans of the Amazon Warrior won’t want to miss this collection of some of the finest Wonder Woman comics from the 1950’s and 1960’s by some of the eras top talents including writer Robert Kanigher and legendary artist Ross Andru. These exciting tales featured Wonder Woman as a teenager, introduced Wonder Tot, teamed-up Diana with her mother, Queen Hippoylta, and much more. 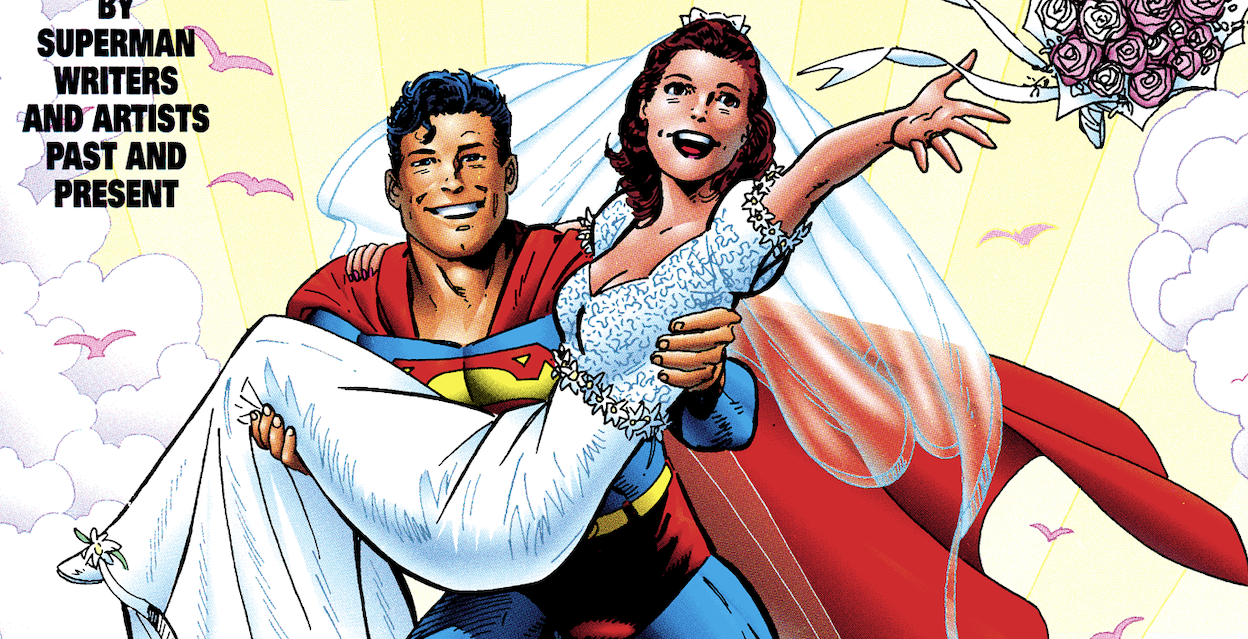 — DC’s got a whole load of other collections coming but I’ve highlighted these because they lean hard on the Silver and Bronze Ages.

— I’m curious how DC and Marvel parse out the credits for books like these. What formula do they use? Some are obvious, but some seem lacking. I’m sure modern writers have contracts but what about older creators? If you have insight, add it in the comments.

— These are mostly placeholder covers, obviously.