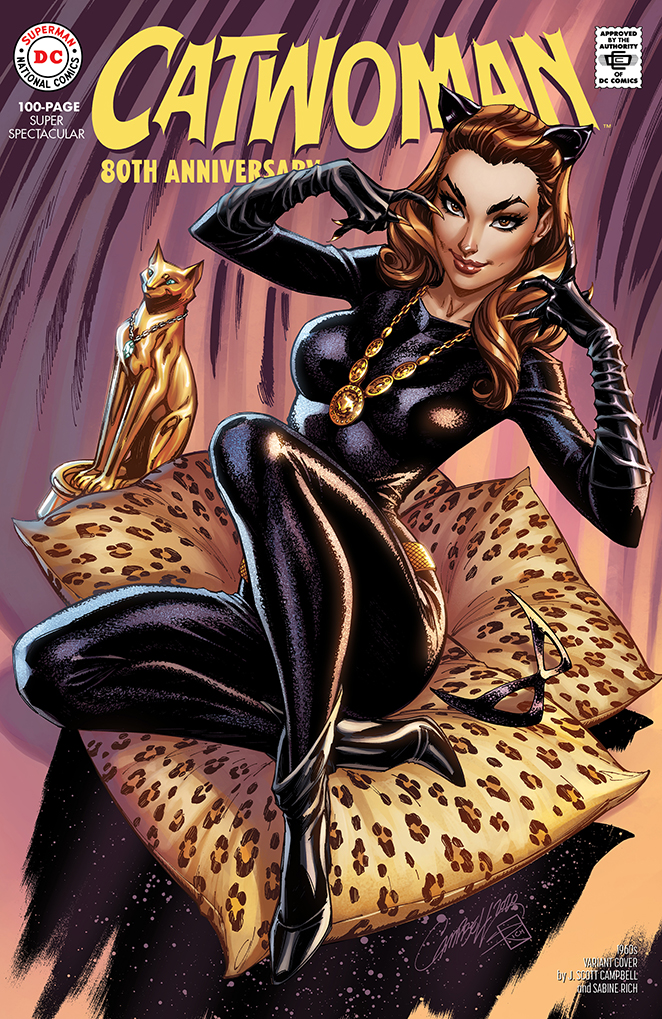 But it turns out there’s more than that. DC on Monday released a SNEAK PEEK at the issue that includes pages from a story starring the Batman ’66 version of the character, by Jeff Parker and Jonathan Case, who were regulars on the late, lamented comics series. 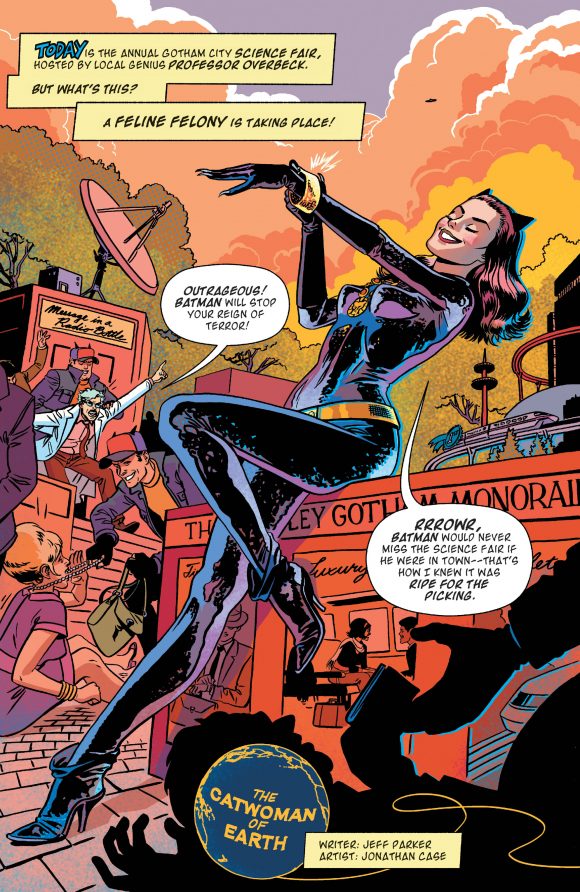 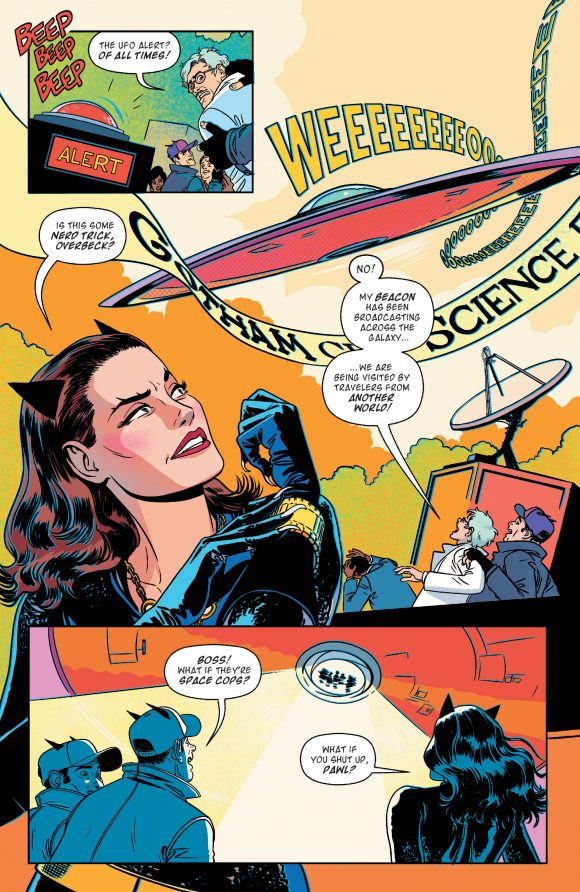 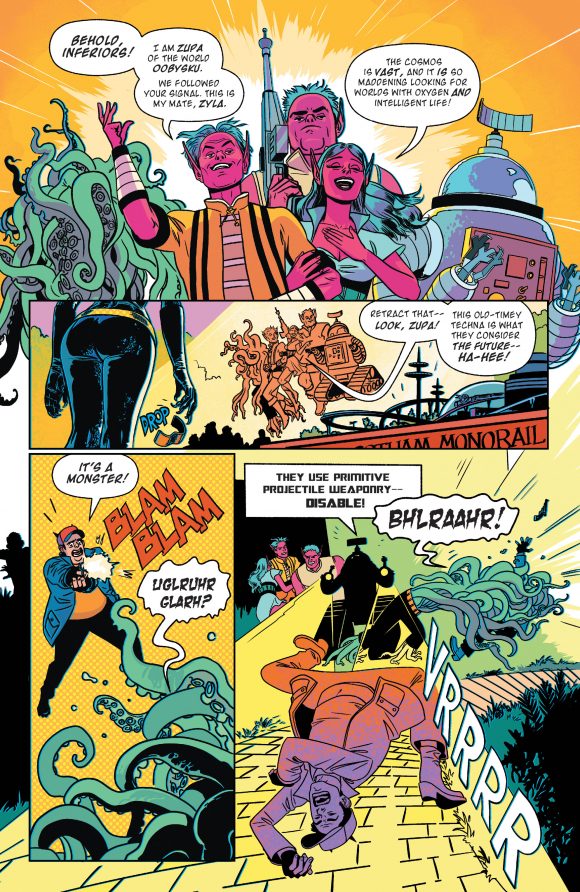 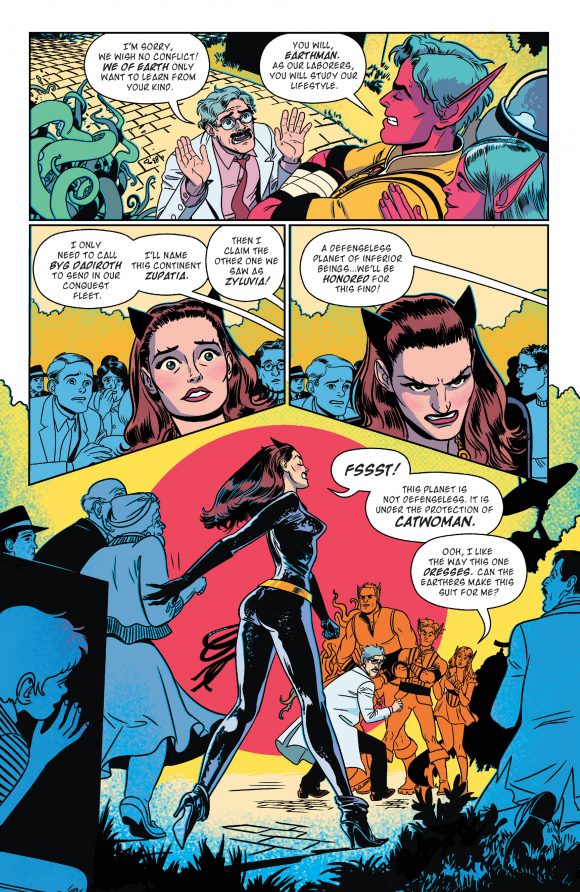 Oh, and if you want a peek at what else is in the issue, here’s the table of contents: 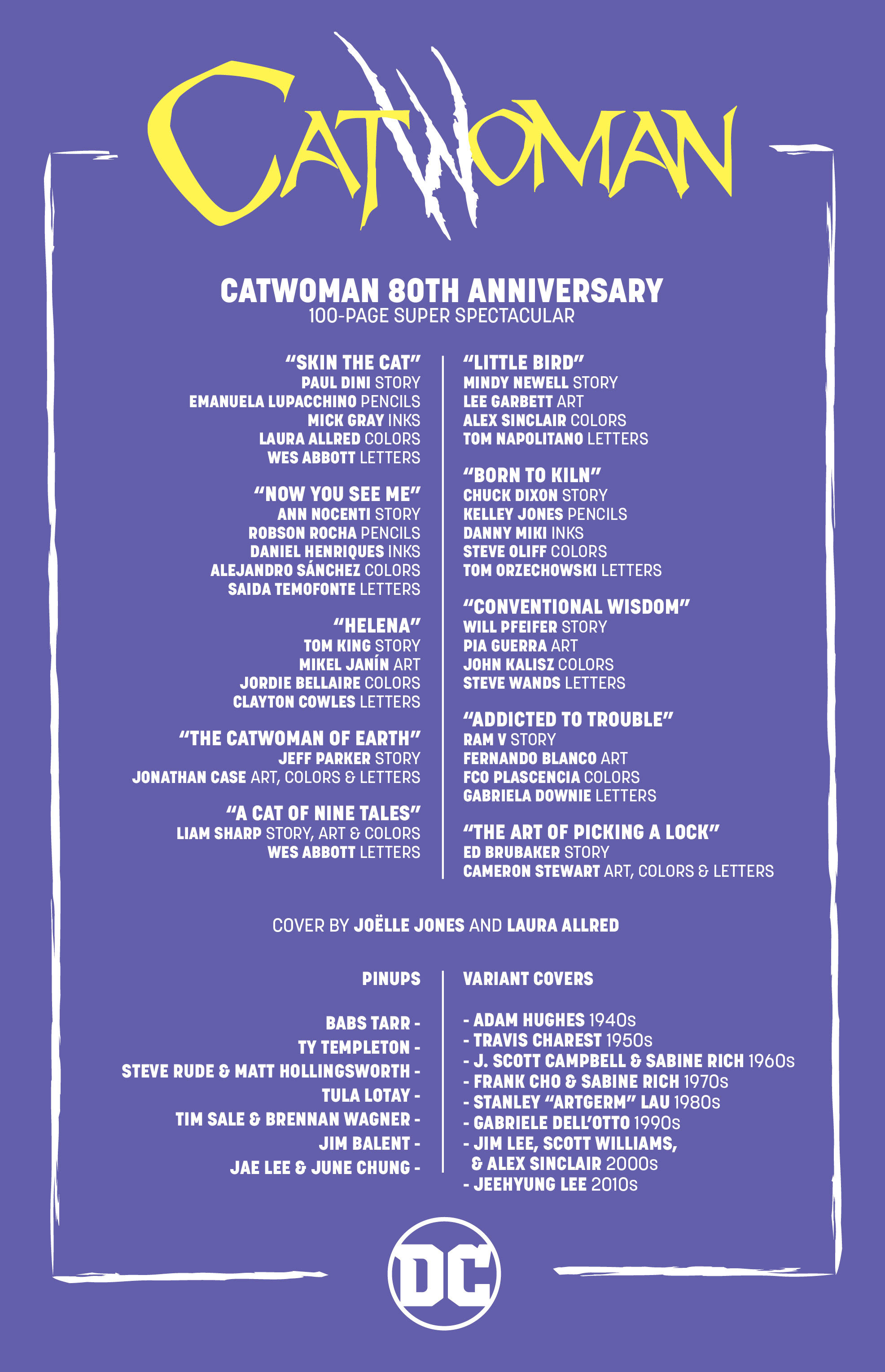 — Since this is only a preview, I have no idea whether Batman, Robin or Batgirl show up. If not, then this would be the first villain solo story in the Batman ’66 universe. Neat.

— If you want to see the final versions of the Catwoman decade-tribute covers, click here.