DAVE COCKRUM: The Illustrated Evolution of the X-MEN’S STORM 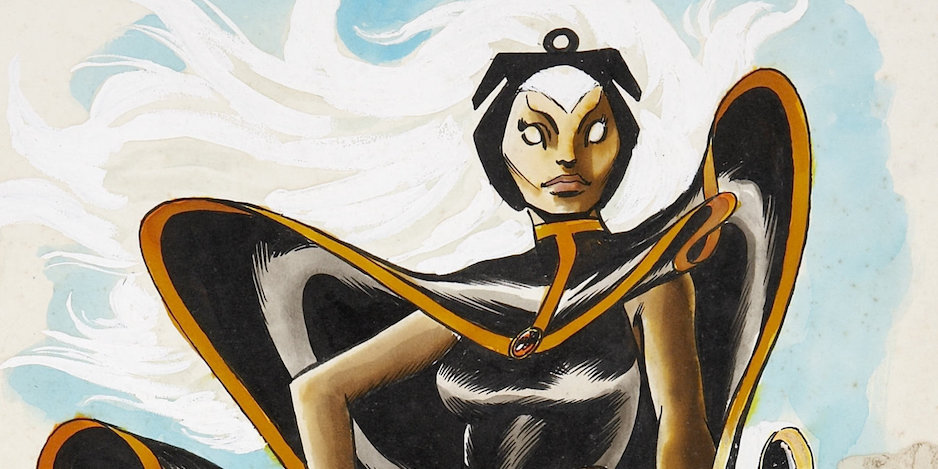 One of the most anticipated comics history books is out July 6, from TwoMorrows: The Life & Art of Dave Cockrum, a lush look at the late artist’s influential career.

The book is jammed not just with info stretching across Cockrum’s career — including the Legion of Super-Heroes, X-Men and Futurians, among many others — but there are also tons of full-color character designs and, often, how they evolved. 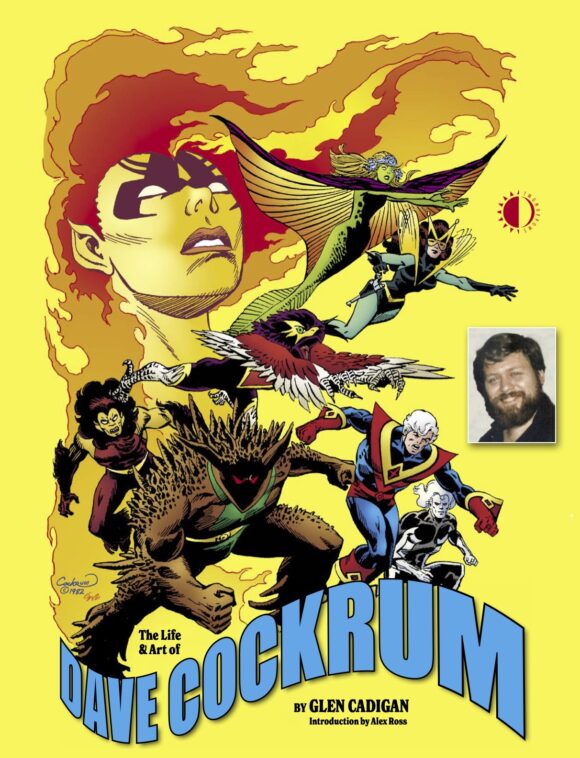 For this EXCLUSIVE EXCERPT, I picked the section on the X-Men’s Storm and how her name and look changed from concept to publication. This is just one tiny example of the level of detail you’ll find in the 160-page trade paperback.

The Life & Art of Dave Cockrum lists for $27.95 and will be available at comics shops and booksellers. You can also order it directly from TwoMorrows, which is also offering a limited edition hardcover for $36.95. (Click here.) 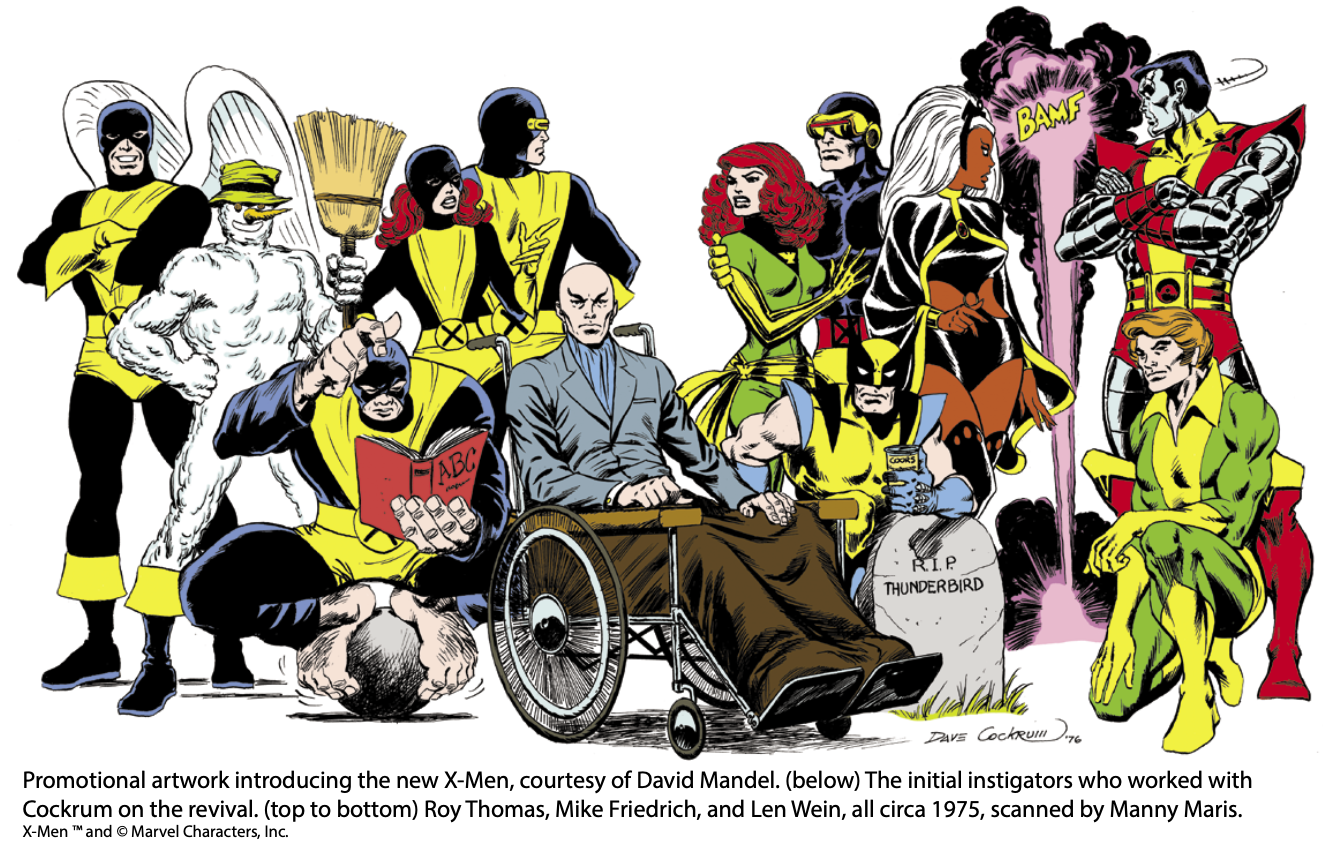 Another member of the X-Men who went through multiple variations before seeing print was the African weather “goddess,” Storm. Cockrum had originally intended for the character to be a shape-shifter called the Black Cat, who “could transform into a humanoid cat, a cougar or similar large cat, or a tabby housecat,” and who had “dark hair which was sort of like Wolverine’s, tufted on top with the ear effect.” Her real name was Tabetha, but she was nicknamed “Tabey,” and wore a collar around her neck which was adorned with a small bell.

As luck would have it, during the period in which the X-Men revival was put on hold, “two or three other female ‘cat’ characters popped up…” and a change in strategy was necessary. “It seemed kind of stupid to go on and do another cat character what with all the other ones running around, and so we dropped the whole shtick,” Cockrum told historian Peter Sanderson in 1981.

Despite the situation, both writer and artist were reluctant to abandon the character altogether. They had already agreed to include Typhoon, from Cockrum’s proposed Outsiders team from his “Legion” period, in the X-Men, and another unused character from the same group, Quetzal, had already played a role in the design of the Black Cat. “Storm’s face came from Quetzal,” Cockrum told Jim Amash in 2004. “I modeled Quetzal on my cat Sheba. I wound up using that face on the Black Cat, and so it naturally turned up on Storm.” 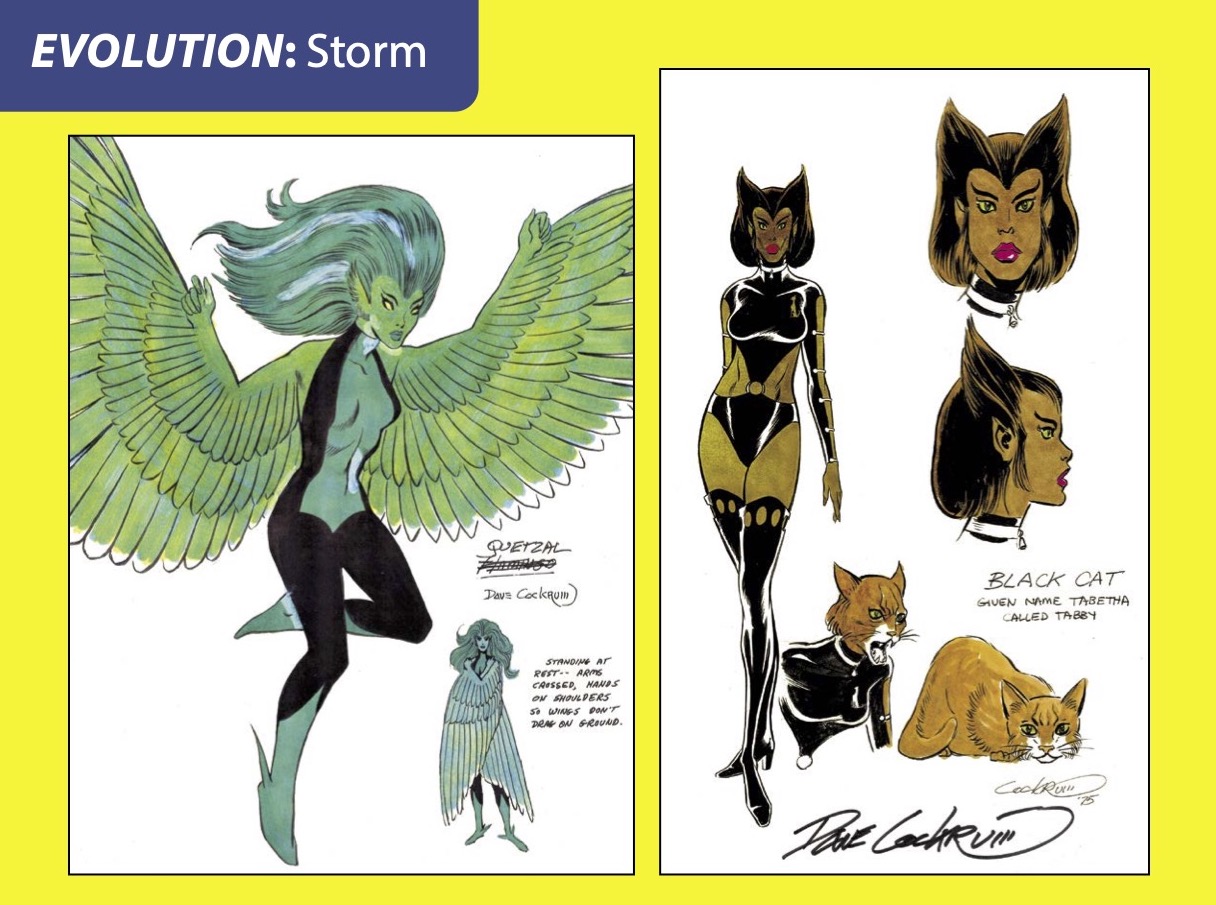 When it came time to determine what the character’s new powers would be, an off-hand comment by Editor-in-Chief Roy Thomas led to Storm’s creation. “[We] couldn’t figure out what to do with [her],” Cockrum told Sanderson in 1981. “We really liked her, we wanted to use her, and Roy just threw out, ‘Why don’t you make her Typhoon?’ And everybody’s mouths were hanging open.”

In 1981, Wein recalled, “I had another character in the group, a male called either Tempest or Typhoon… who was going to be a member of the group, and we decided that rather than have all these members, we would simply combine the essential visual of the Black Cat — because the face was essentially the same, with that kind of cat’s eyes — with the powers of Typhoon, and we created Storm.”

“I ran out of the room and drew her with long white hair and a cape on, and came back in and that was it,” Cockrum remembered. “Everybody said, ‘Yeah! Yeah!’ and her working name was Typhoon for a while.”

Wein confirmed, “She was called Typhoon originally, and none of us liked it. It didn’t sound feminine enough… and we talked to Roy about it as he was going out the door: ‘Well, she’s a mistress of the storm, she’s got all these powers, what do we call her?’ And he said, ‘Why don’t you simply call her ‘Storm’?’”

Cockrum recalled the situation differently. When asked about Thomas’ role in the naming of the character, he told Sanderson, “Not the name. He suggested Typhoon should be the black girl rather than the guy.” 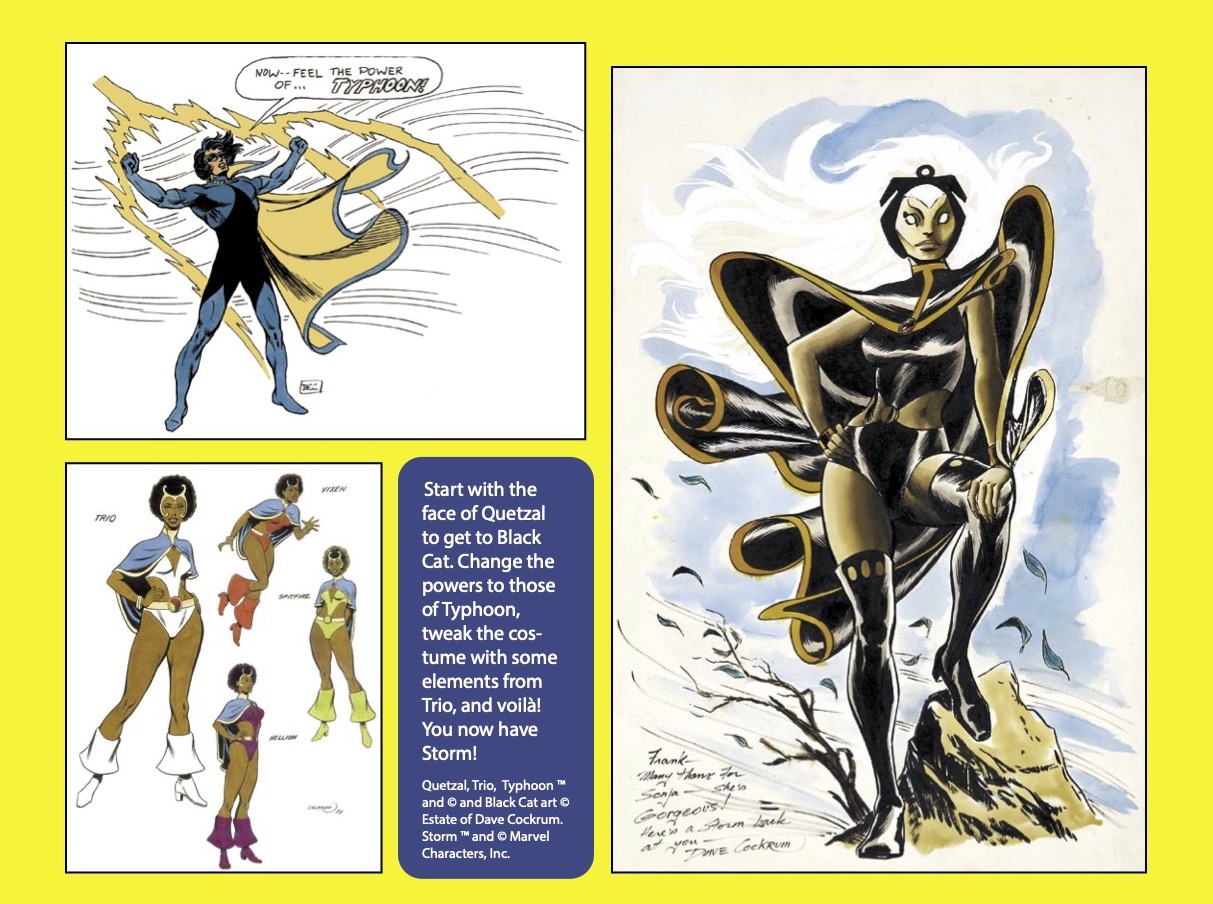 Initially, there was some concern that there might be confusion with another Marvel character with a similar name. “We all went, ‘Jesus, Johnny Storm…’,” Wein recalled, “and [Roy] went, ‘So what?’ and we said, ‘OK, you’re the boss,’ and we called her Storm.”

As for why the artist changed the color and style of the character’s hair, he told Amash, “I gave Storm the white hair so she’d look exotic. I wanted her to be very powerful, beautiful, and exotic.” This led to concern on the part of Wein that she might be perceived as being too old for the group. In 2000, Cockrum remembered, “…Len’s going, ‘Aren’t they going to think she’s somebody’s grandmother?’ ‘Trust me, Len, She’s not going to look like somebody’s grandmother.’”

As to later revisions to her origin which stated that she was actually born in America, Cockrum told Sanderson, “I didn’t put up any fuss, but I didn’t really agree with it. I really didn’t want to see an origin for Storm, quite frankly. I really wanted everybody to not know who she is, [or] where she came from.” He went on to say, “There was a piece of copy in the first story that Len wrote, ‘Her eyes are blue and older than time,’ and I liked that. I thought we should never elaborate beyond that.”

The Life & Art of Dave Cockrum is due July 6. It lists for $27.95 and will be available at comics shops and booksellers. You can also order it directly from TwoMorrows, which is also offering a limited edition hardcover for $36.95.