EXCLUSIVE: Romance is in the air in June with the X-Men #30 Facsimile Edition… 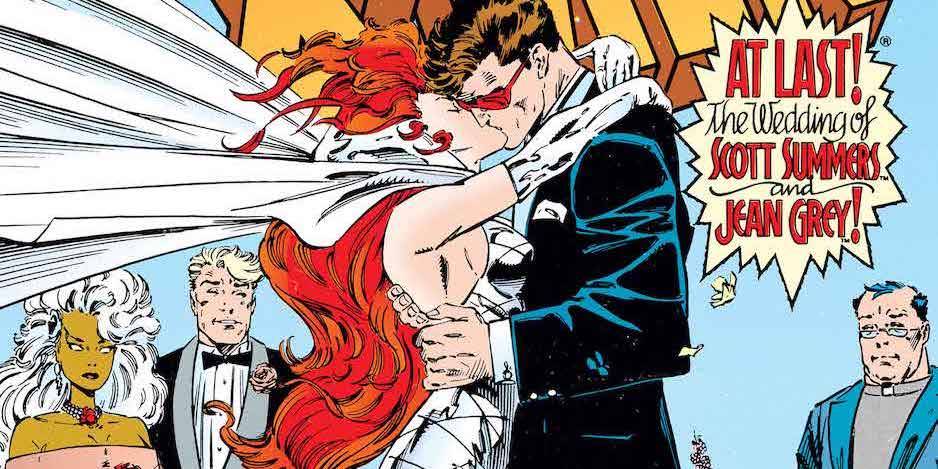 On Saturday, we broke the news that come June, Marvel will be releasing The Amazing Spider-Man Annual #21, featuring the wedding of Peter Parker and Mary Jane Watson. (Click here.)

Dig the solicitation info, which will be officially released this week by Marvel: 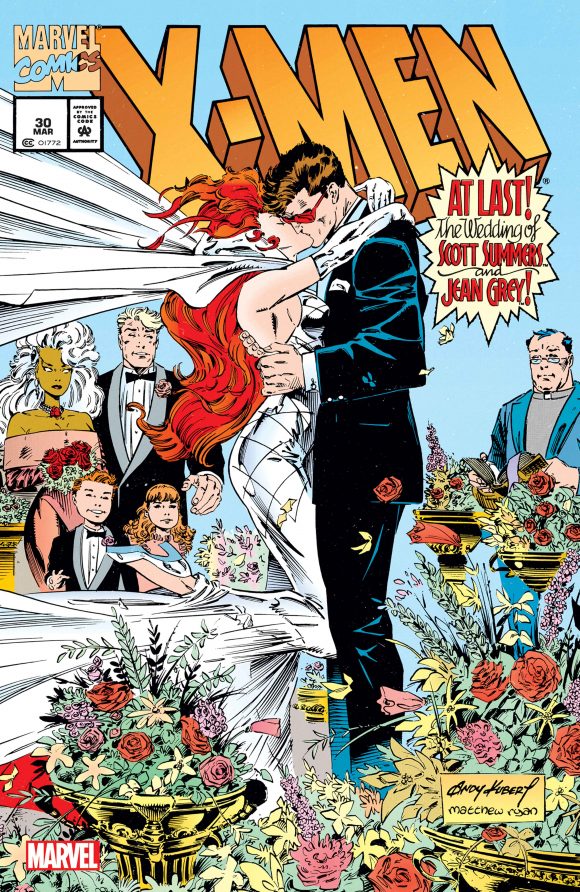 X-MEN #30 FACSIMILE EDITION
Written by FABIAN NICIEZA
Penciled by ANDY KUBERT
Cover by ANDY KUBERT
Relive the moment X-Men fans spent decades waiting for: the wedding of Jean Grey and Scott Summers! After years of tragedy and torment, death and rebirth, Cyclops and Marvel Girl finally say “I do”!!” And it’s cause for not just celebration but also reflection as Professor X takes stock of how far his dream has come and how his original students have grown. The X-Men’s X-tended friends and family descend on the mansion to join the festivities — but a longtime ally’s absence is deeply missed. Will the wedding go as planned? Can the X-Men finally relax and be happy? And once the vows are exchanged and the first dance is over, who will catch the bouquet? It’s one of the all-time great Marvel comic books, boldly re-presented in its original form, ads and all! Reprinting X-MEN (1991) #30.

— As I noted Saturday, Facsimile Editions very frequently tie in with something else — a new comics series, storyline or big event; an anniversary; a movie, etc. Why is Marvel reprinting two wedding issues in June? Hmmm.

— Standard Price Comparison: An unslabbed, Near Mint copy of an original recently sold on eBay for $10. Facsimile Editions are four or five dollars, so this is more a bit of fun rather than getting a reprint of a super-expensive landmark issue.