TOYHEM! As Seen on TV!

As part of TOYHEM!, we’re bringing you a series-within-a-series — the Custom Mego Box of the Day, by 13th Dimension contributor and customizer extraordinaire Anthony Durso.

Custom Mego Box of the Day #10 was inspired by Six-Armed Spider-Man. Click here. 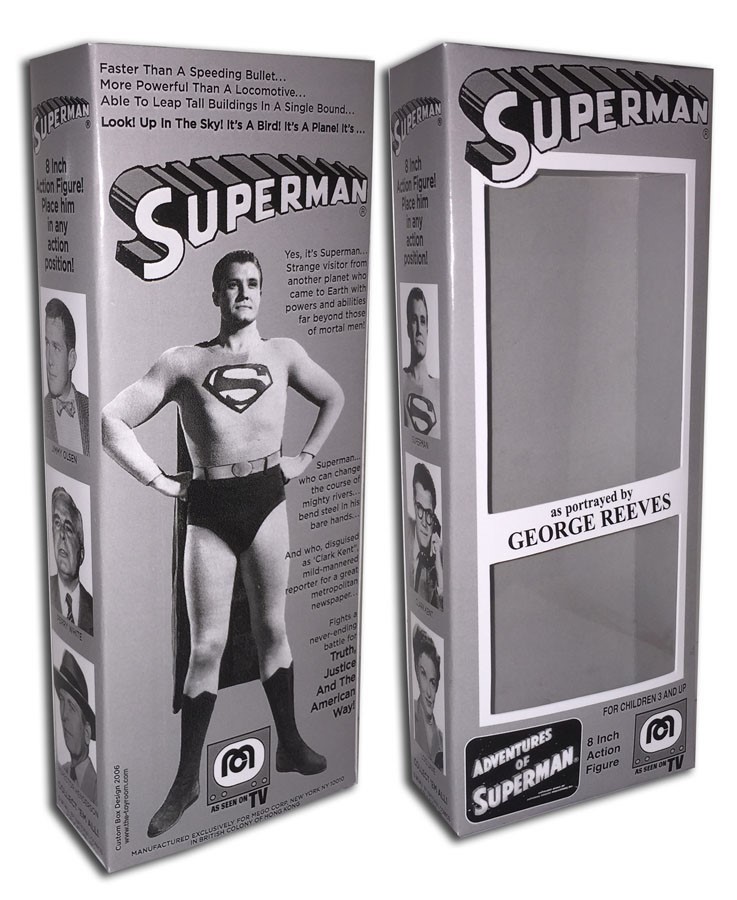 Says Anthony: This was one of the first boxes I remember designing after I had joined the Mego Museum back in 2003. I had seen someone’s custom figure of a black and white George Reeves Superman and was inspired to do a box without color. At the time I also did a color version, only featuring Noel Neill on the side panel instead of Phyllis Coates. Several years later, I tweaked the black-and-white version with better artwork. The color version was scrapped entirely in favor of a different design featuring a larger wraparound image of Reeves. There’s always room for improvement.

Says Dan: This is one of my favorites of Anthony’s. The main reason is it’s so clever, sticking with the black and white, “AS SEEN ON TV,” plus the use of the show’s title card on the front and the Season 1 cast down the sides. The other is — and this will probably blow your mind — I only recently rediscovered the show after not watching it for decades. It was on in syndication when I was a kid but for me it paled next to Batman ’66, so I never really felt compelled to seek it out as an adult until very recently. And I am having a BLAST! More on that soon…