Custom MEGO Box of the Day #12: ROBIN OF EARTH-TWO

TOYHEM! Our baby’s all grows up!

As part of TOYHEM!, we’re bringing you a series-within-a-series — the Custom Mego Box of the Day, by 13th Dimension contributor and customizer extraordinaire Anthony Durso. 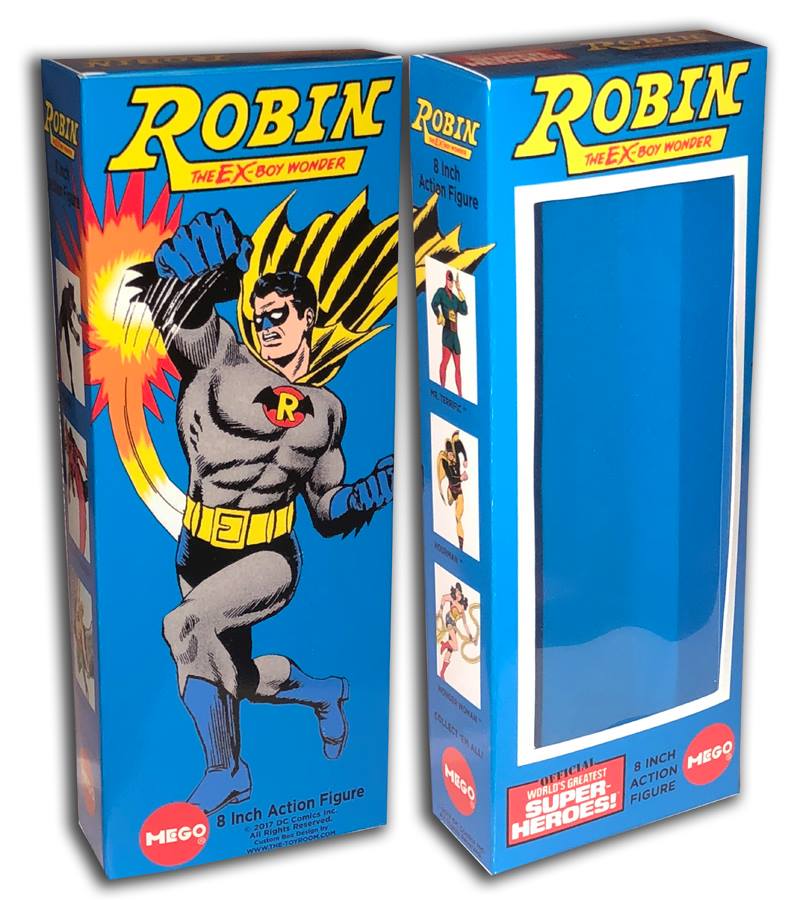 Says Anthony: This has been a customer request several times over the years and this is my most current version. It’s a typical WGSH-style box with the other characters down the sides. Some box makers will just use characters that Mego originally had down the sides but I don’t like to roll that way. I’ve seen Marvel characters using the original Marvel/DC hybrid sides and that’s just not what Mego would have done if they actually made these characters. I try and use characters that fit with the action figure whose box it is, so for this one, Earth-Two Robin is joined by fellow JSA members Wildcat, Johnny Thunder/Thunderbolt, Hawkman, Mr. Terrific, Hourman and Wonder Woman. (They all appeared together in 1967’s Justice League of America #55.)

Says Dan: Another personal favorite. But I also have a sentimental reason for posting this one today: It’s my son Sam’s 21st birthday. My own Robin has grown up!