We’re serializing The Silver Age of Comic Book Art starting this week — and author Arlen Schumer will be discussing the book in New York and Rhode Island! 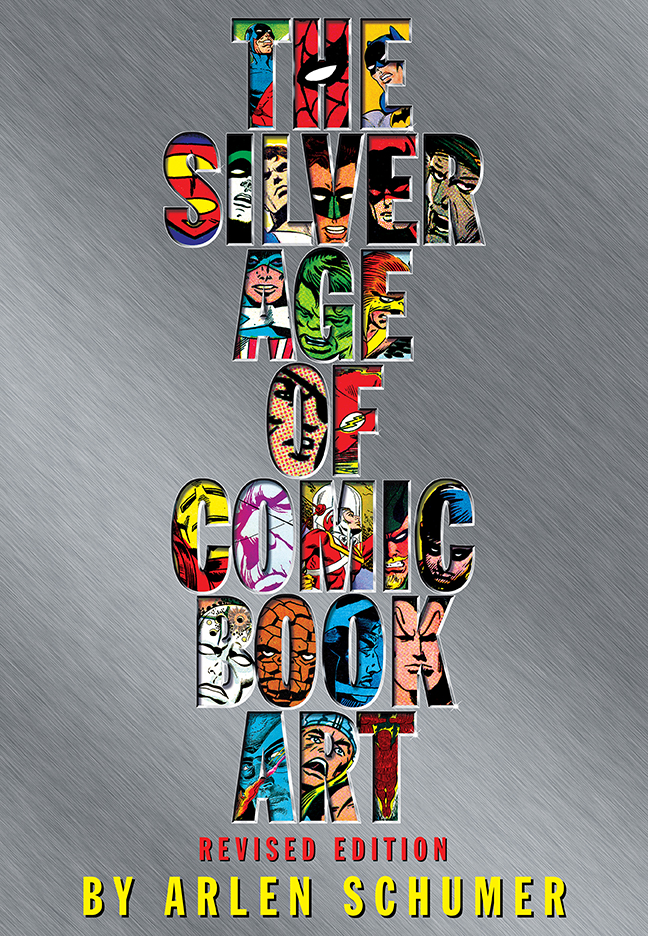 Arlen will be, as he puts it, showin’ an’ tellin’ The Silver Age of Comic Book Art (plus signing copies) on Tuesday night 10/28 at Comic Book Club Live. Hosts include Alexander Zalben, Pete LePage and Justin Tyler, with special guest Jeff Newelt (aka Jahfurry). 7 p.m. at Fontana’s, 105 Eldridge St. on the Lower East Side of Manhattan. For more info, hit up www.comicbookclublive.com. 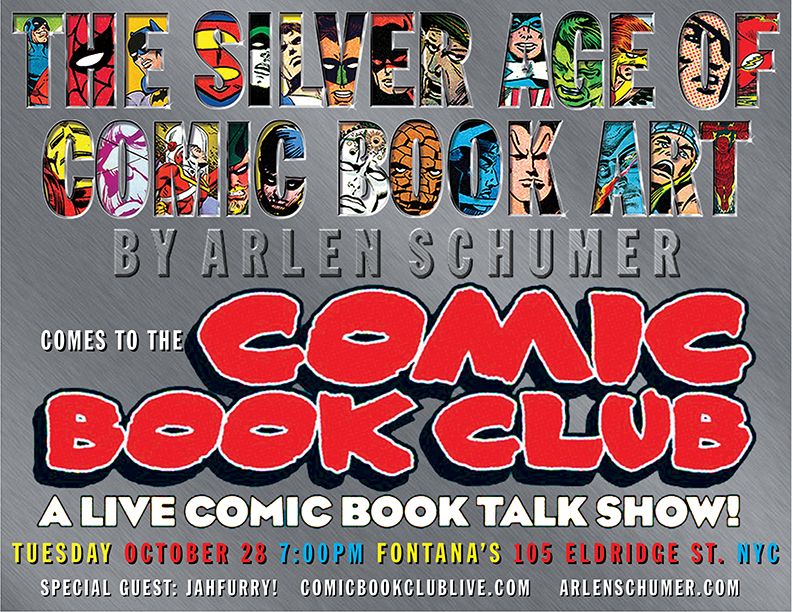 Then, later in the week, he’ll be at Rhode Island Comic Con. He’ll be signing books and presenting The Silver Age of Comic Book Art on Saturday at 6 p.m. in Rm. E. 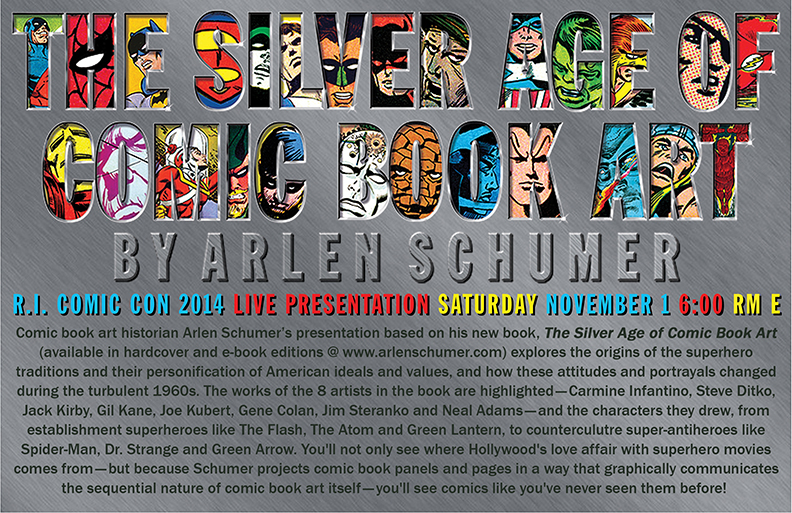 On Sunday, he’ll be doing his 75th anniversary of Batman presentation, Bill Finger: The Man Who Made Batman, Batman! at 12:30 p.m. in Rm. 555. For more info: www.ricomiccon.com. 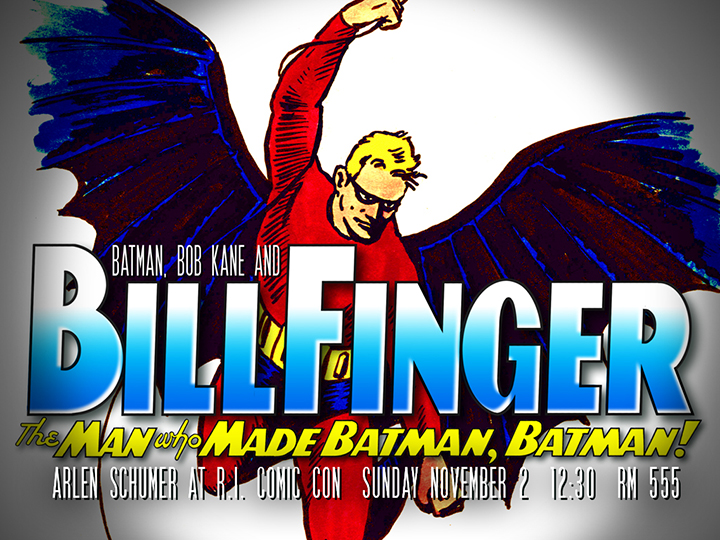