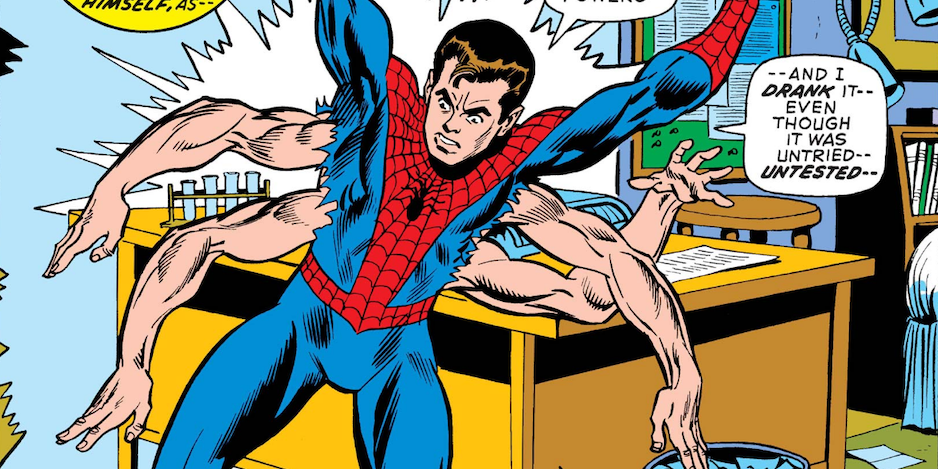 Marvel’s got two Facsimile Editions coming out in February 2021. One is a genuine surprise — 1955’s Black Knight #1 — which you can click here to check out.

The other is 1971’s The Amazing Spider-Man #101, which was originally announced in February 2020 but has been delayed due to the pandemic. 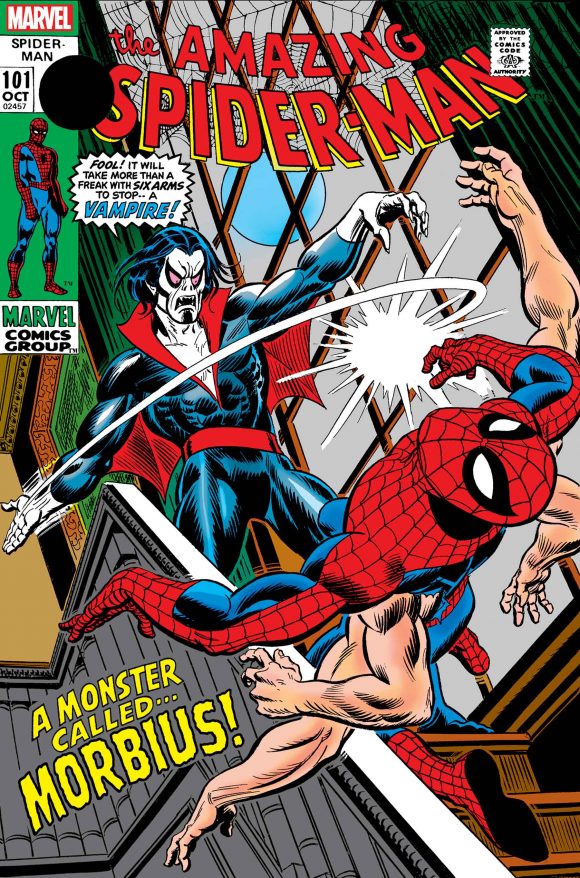 The dramatic debut of Morbius the Living Vampire! Dr. Michael Morbius has a lust for blood, and he’s out to sink his fangs into Spider-Man! But the wallcrawler is even more spiderlike than usual — because, in an effort to “cure” himself of his spider-powers, he’s ended up with four extra limbs! Peter must seek out Curt Connors, the Lizard, to return himself to normal — but little does Spidey know that he’s on a collision course with Morbius that will put him in the crosshairs of not one, but two monsters! Witness the beginning of a rivalry for the ages between webslinger and bloodsucker, in the issue that began the tragic tale of the misunderstood Michael Morbius! It’s one of the all-time great Marvel comic books, boldly re-presented in its original form, ads and all! Reprinting AMAZING SPIDER-MAN (1963) #101. 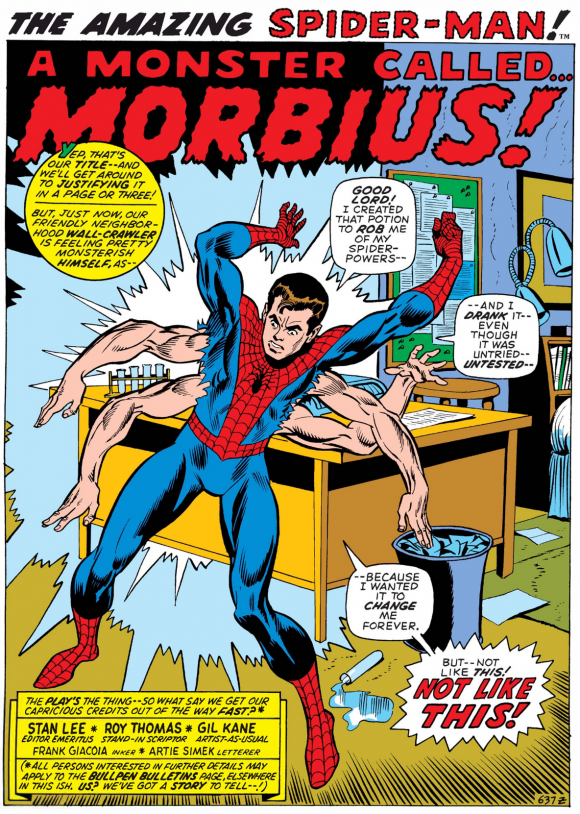 — All due apologies to Steve Ditko and his devoted fans, but in my mind John Romita is the definitive Spider-Man artist, followed by Gil Kane. But hey, that’s no knock at all against Ditko. Spidey’s co-creator was obviously fantastic too.

— If it seems like we recently got a Spidey #101 reprint, you’re right. There was a dollar True Believers version in 2019. (This one comes with all the ads, letters and whatnot, natch.)

— The February 2021 date makes sense. The Morbius film starring Jared Leto is due in March. But don’t be surprised if the flick is delayed once more. (The issue’s exact release date is to be announced.)

— Standard Price Comparison: An original, unslabbed Amazing Spider-Man #101 in decent shape recently sold for $1,325 on eBay. That’s a big rise from this past February, when one went for $810. The FE goes for about $4.