Chech! Klingon Warnog Ale Makes You Want to Conquer Anything 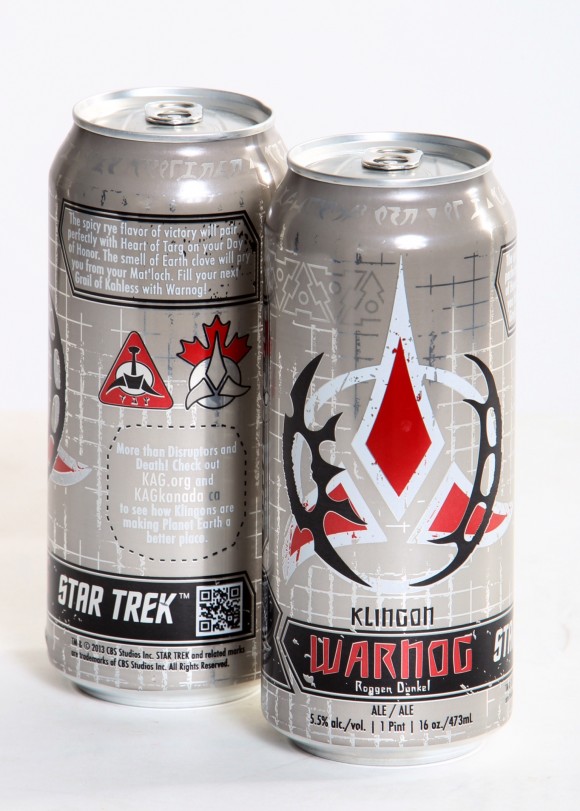 So this showed up: Klingon Warnog Ale from Federation of Beer, the heaviest can in the quadrant.

I’m not much of a drinker. It’s not a thing. I’ve certainly done my share. I just don’t find myself doing it much. So I asked 13th Dimension’s Official Alcoholic Taste-Tester — my buddy Eric Lenkowitz — to down one of these mighty cans, brewed by Tin Man Brewing Co. of Evansville, Ind. It took no convincing.

This is what he had to say:

The perfect libation after a hard day of inter-galactic battle, Klingon Warnog has a nutty creaminess that’s on par with any of your favorite German Dunkels. Brewed on the planet Indiana, this ale will please the most discerning humanoid palate with its “spicy rye” and long, silky finish.

Or if you prefer the native tongue: