Starting in July — on the same day as her wedding to Batman!

Well, this is welcome news:

DC Comics has just announced (via Paste and at C2E2) that Catwoman is getting a new ongoing series by Joelle Jones that’s set to debut July 4 — the same day as the wedding spectacular Batman #50. 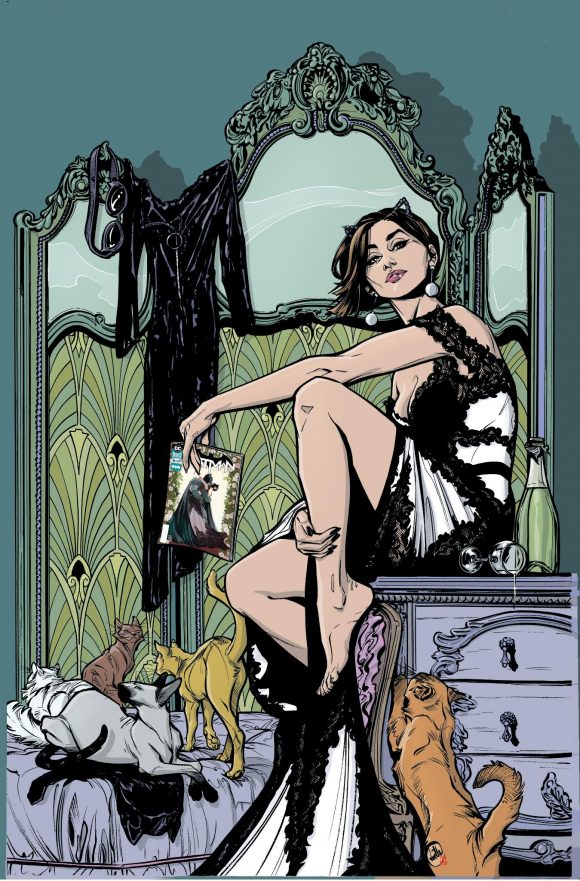 Jones made her name with Dark Horse’s Lady Killer and her star has steadily risen since joining the rotating art teams on Batman. In addition to her excellent sequential work, she’s also designed Selina’s wedding dress (click here) and is working with DC Collectibles on a new series of statues, including, naturally, Catwoman: 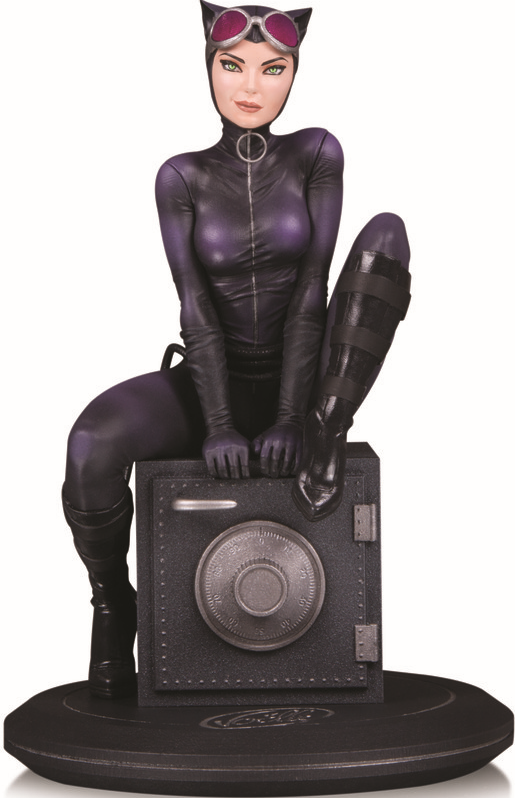 She is, in short, a perfect fit for a Catwoman ongoing.

You can read more about it here but one thing jumps to mind: Thankfully, Selina’s NOT gonna get killed on the Big Day, which some fans feared.

But will Batman and Catwoman still actually get married? We’ll have to wait and see — though the official solicitation info seems to suggest they will:

Catwoman #1
Writer/Artist: Joëlle Jones
Colorist: Laura Allred
Variant Cover Artist: Stanley “Artgerm” Lau
The wedding night’s barely over, but Catwoman’s back on the streets, this time to expose a copycat who’s pulling heists around Gotham City. As Selina cracks the whip on her former criminal cohorts, she’s attracting unwanted attention from one of Gotham’s most dangerous groups. The mob? Nope. Try the GCPD. And as if the Bat-Bride didn’t have enough problems, don’t miss the debut of an all-new villain determined to make trouble for all nine of Selina’s lives. Don’t miss the start of an all-new monthly series written and illustrated by Eisner Award-nominee Joëlle Jones!

Sounds good to me.

Meanwhile, check out our REVIEW of this week’s Batman #44, which is a wonderful trip through 78 years of Batman and Catwoman history. Click here.