What I love about Batman right now isn’t just the consistent emotional payoff we get from Bruce Wayne and Selina Kyle’s love affair — it’s that writer Tom King is more than willing to break convention and take a kitchen-sink approach to canon.

I’ve long been on the record that what the comics companies state is official continuity does not have to line up with your personal timeline: Like Batman: Year One more than Zero Year? That’s OK. Prefer that Batgirl was once a congresswoman? Why not? Dig the idea that Dick Grayson never wore pixie boots and short pants? That’s not the way I see it, but bully for you.

Or maybe you’re like Grant Morrison, who espouses the idea that it all happened. Every bit of it. That every Batman story ever is somehow jammed into the life of one exceptionally interesting man.

The bottom line is, it doesn’t all have to fit. And that kind of free thinking, which DC these days is far more willing to accommodate, is at the heart of King’s run in general and the latest issue — Batman #44, out now — in particular. 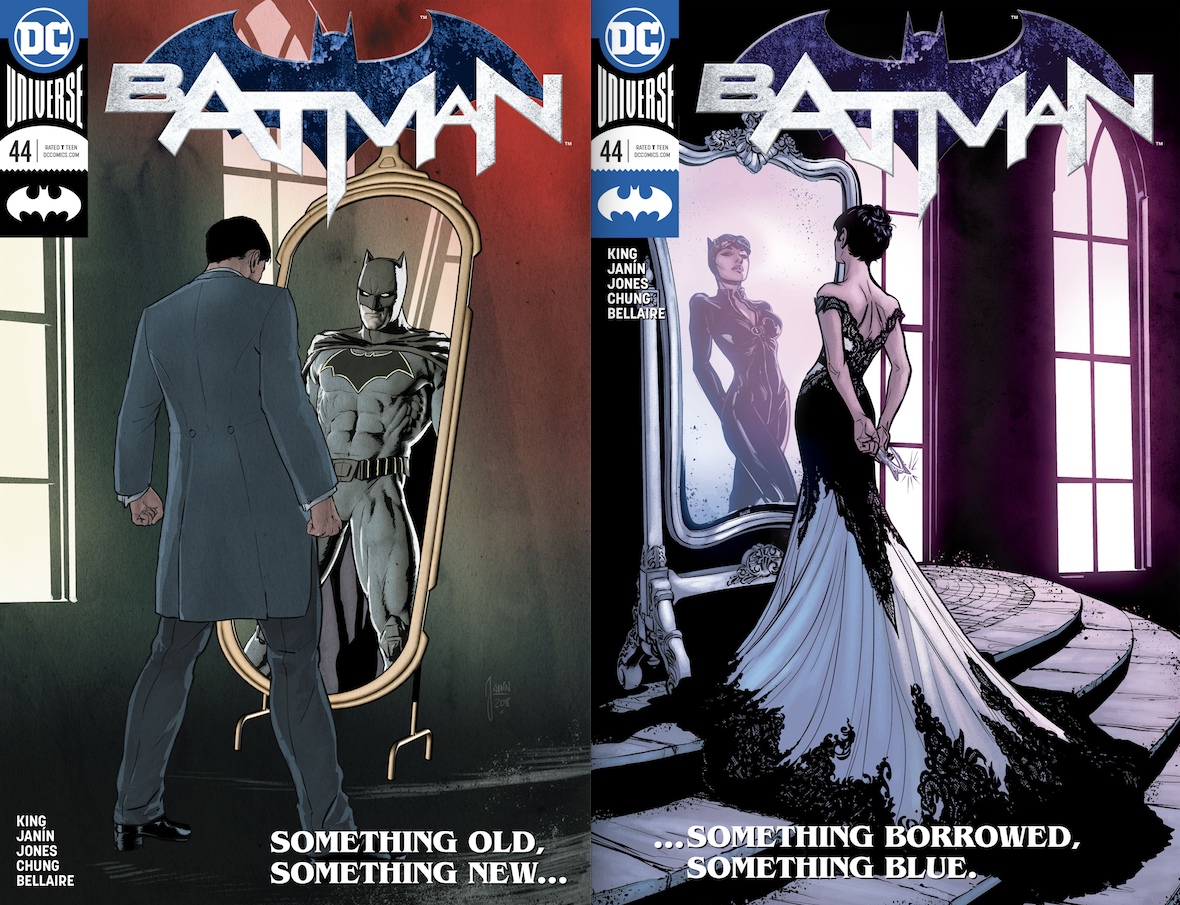 There are two covers: Janin on the left, Jones on the right.

Bride or Burglar ramps up the wedding planning as Bruce and Selina’s big date looms. (That’s July 4 — when Batman #50 comes out. Save the date!) 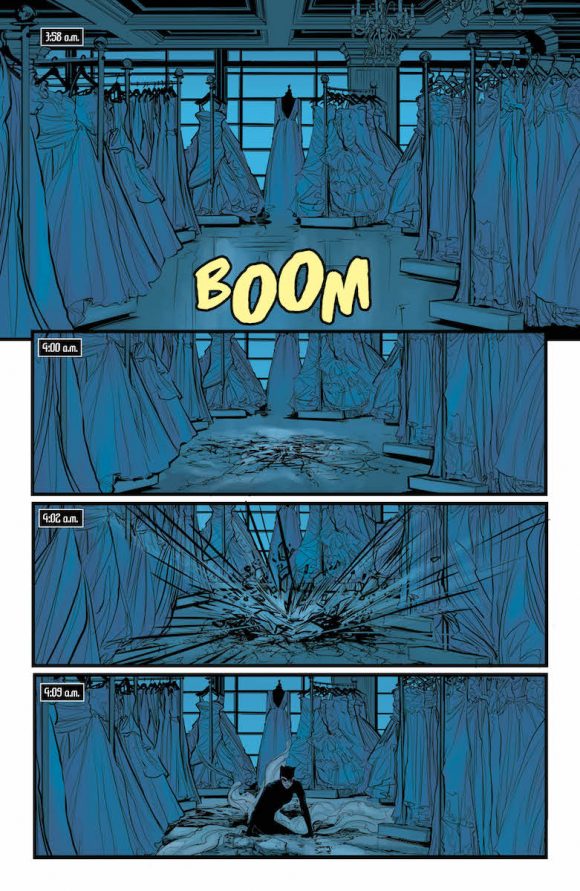 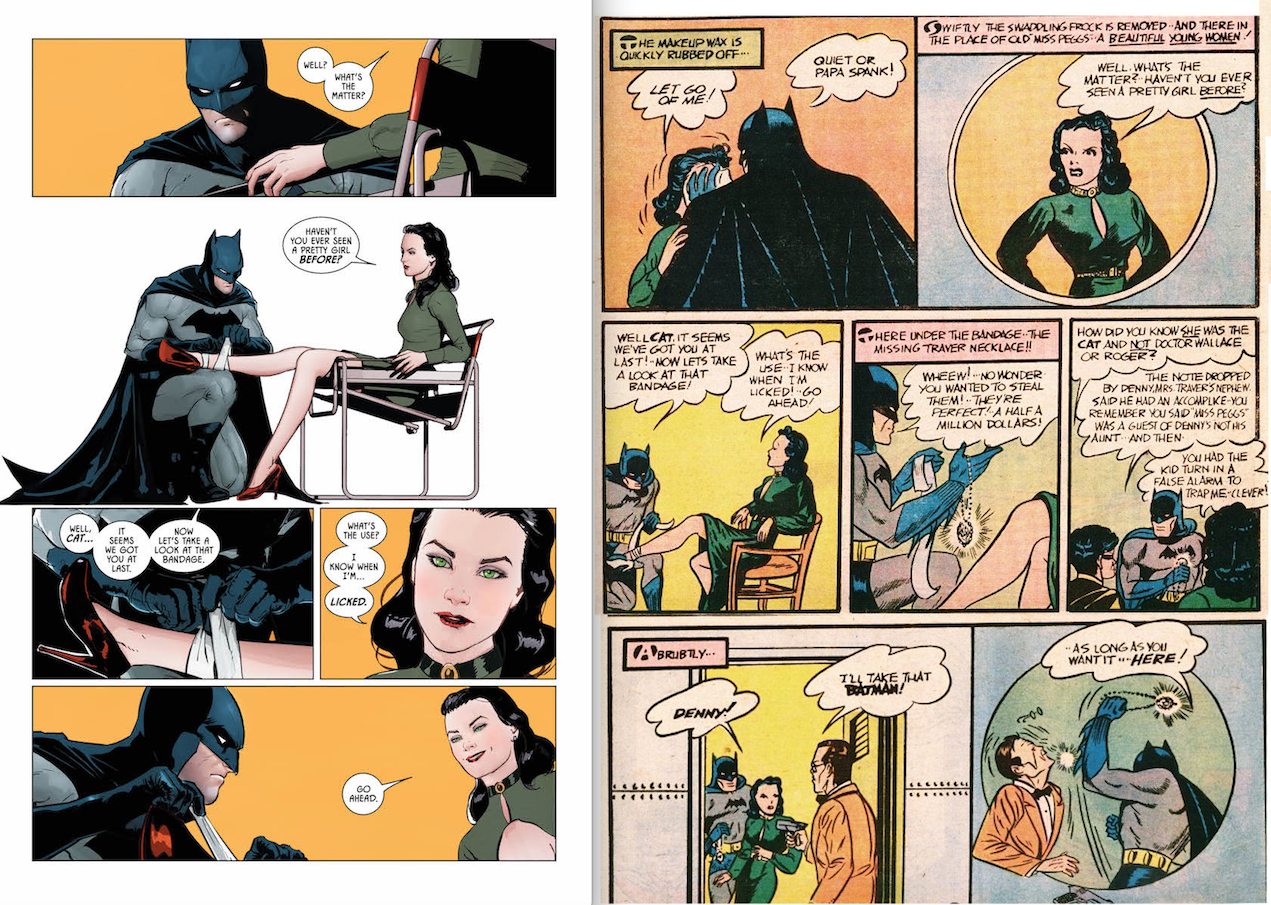 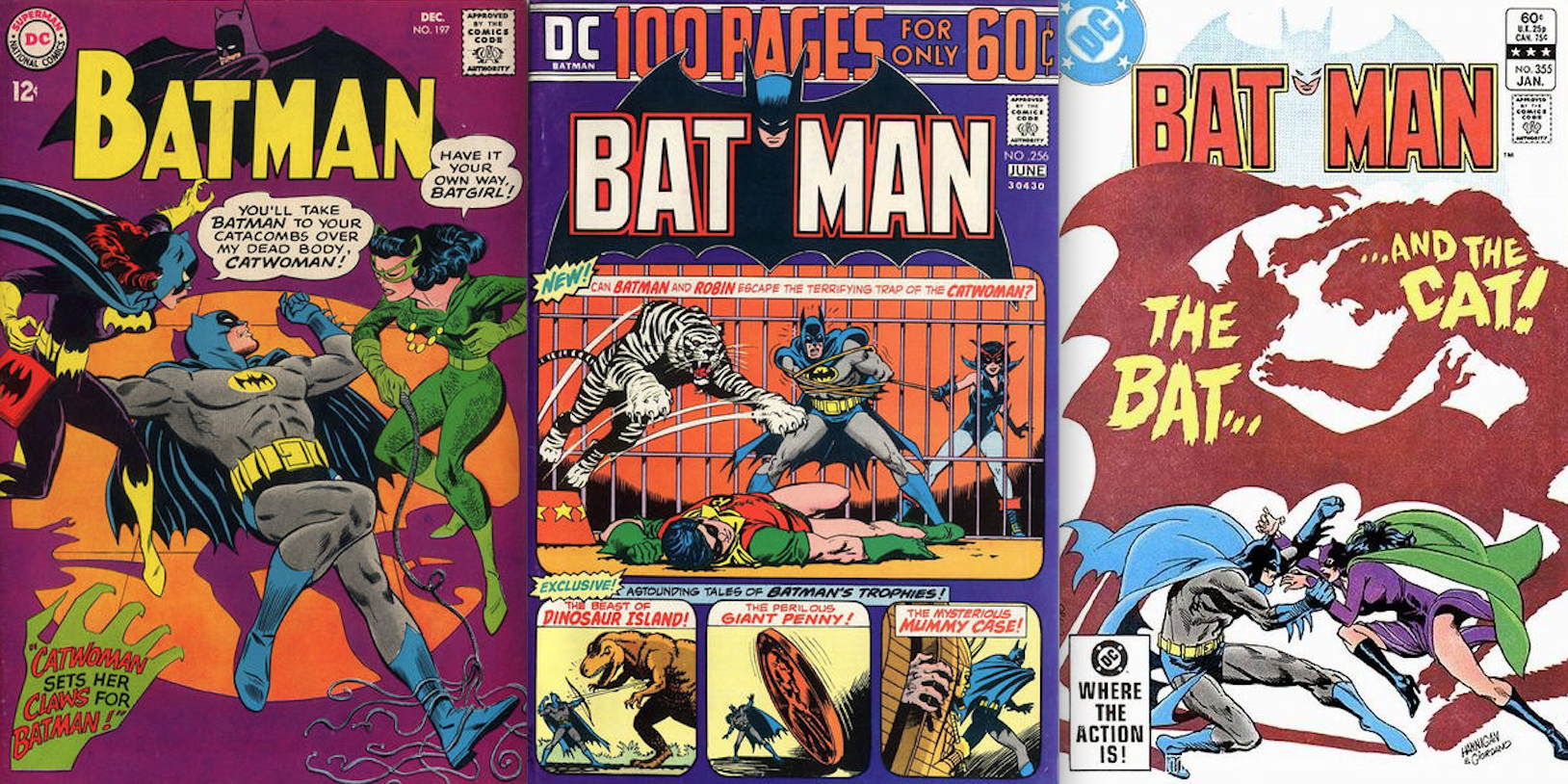 Those scenes — featuring Batman and Catwoman in various, often anachronistic outfits — are given new meaning by the context of what King has been laying out since the start of DC Rebirth nearly two years ago. Batman #44, then, is more than a greatest hits collection — it’s an exploration of the ups and downs of two people who have shared extraordinarily complicated lives. (The outfits and Selina’s gown further provide a neat metaphor for her shifting identity in particular and their relationship in general.) 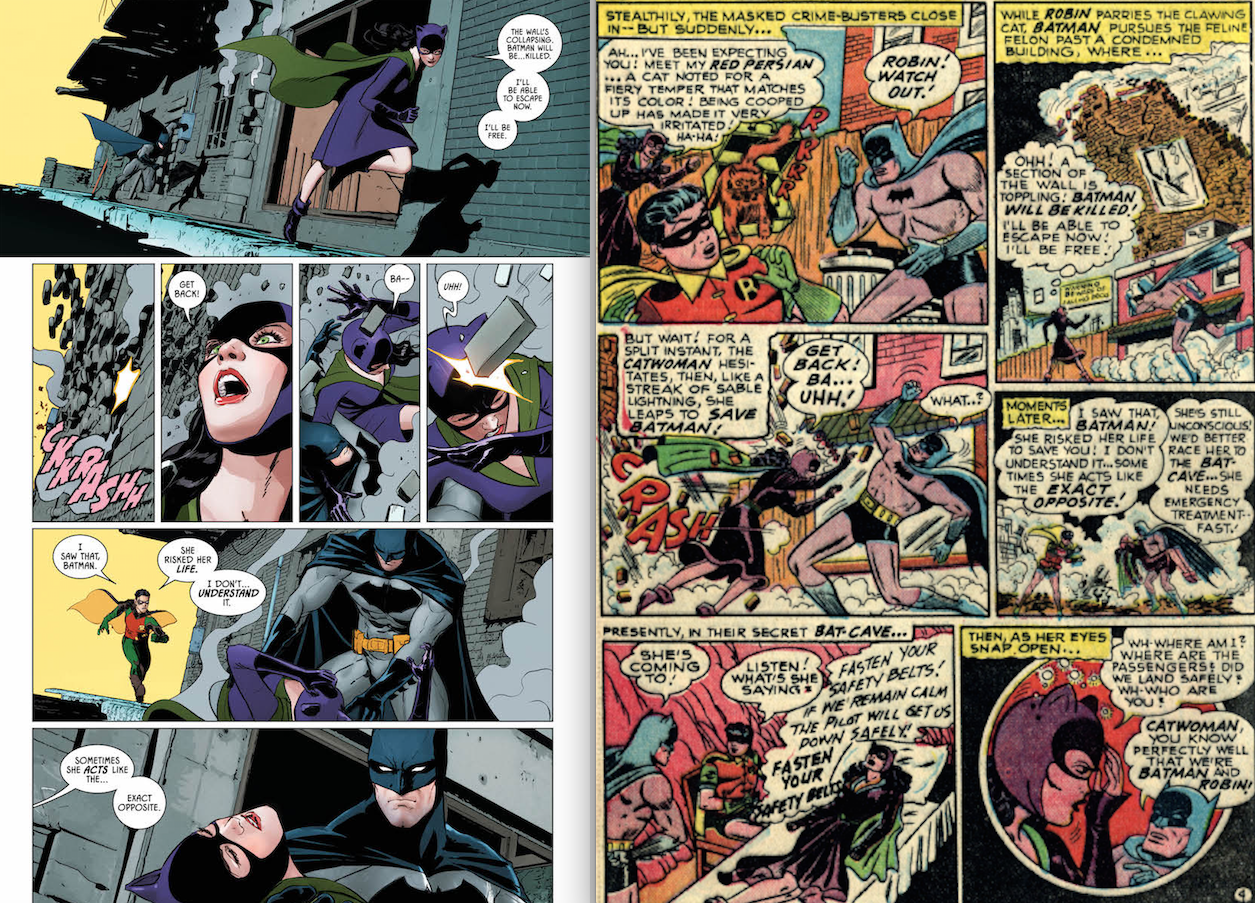 None of this is a new trick for King: The most memorable issue of his Grayson series with co-writer Tim Seeley — Issue #12 — played a similar game, utilizing direct quotes from comics going back decades.

But here, the notion is given full flower: By taking 78 years of stories and boiling them down to a single chronology, King gives Bruce and Selina’s relationship texture and pathos.

And the gorgeous artwork — whether it’s Selina “shopping” or Batman and Catwoman battling balletically — adds a potent cocktail of sexual tension and world weariness.

Because Bruce and Selina aren’t just lovers in arms — they’re comrades in arms.