It’s summertime! Let’s play! — UPDATED 7/14/22: Is there a more summery superhero than Aquaman? Nay, I say. Nay! So I got to thinking about this fab piece from 2018’s AQUAMAN WEEK and decided to share it again. And when you’re done reading, grab your fave Aquatoy and head to the pool! Right on. — Dan — It’s AQUAMAN WEEK! All week long, we’re celebrating the legacy of the Swift and Powerful Monarch of the Ocean. Click here for the complete index of features. You’ll be glad you did! *** You dig action figures? Columnist Anthony Durso digs action figures. (Click here to see what I mean.) Here, he goes out on a wet limb with the TOP 13 AQUAMAN ACTION FIGURES — RANKED. — Dan — By ANTHONY DURSO Even though Aquaman was a punchline to the general public for years (pre-Momoa), he has also been a part of ALMOST. EVERY. ACTION. FIGURE. LINE. featuring DC superheroes. So somebody must be hooked on the son of a lighthouse keeper, right? I can’t be the only one. Aquaman has been one of my favorite DC heroes since before I ever picked up a comic book. The orange-and-green costume with a dash of yellow…it’s iconic. With or without the trident. Which, c’mon, has gotta be a bitch to lug around everywhere you go, no? 13. Fractal Armor Aquaman (Total Justice). Ten years after their legendary Super Powers line ended, Kenner released this infamous line of DC heroes in 1996. The Batman: Total Justice assortment consisted of then current JLA members in all their 1990s glory. So Aquaman was the long-haired, bearded, hook-handed version. Once again gathered to combat Darkseid (ala the Super Powers line), these heroes had something other than “Power Action” to help their cause. They had… “Fractal Armor”? Fractal Armor comprised snap-on attachments that would supposedly amp up a character’s powers. Aquaman’s armor was crab-like and he had a wrist gauntlet with a Blasting Hydro Spear. But is there a trident? Hook hand, armor, armor on top of that armor, hydro spear… alas, there was neither room in the package nor an extra hand to hold a trident this go around. — 12. Black Lantern Aquaman (Blackest Night). Blackest Night was a Green Lantern-centric storyline that (temporarily) revived some of DC’s dead heroes and villains as zombies. Whereas the majority of these...

More ginchy greatness from the artist Shag! Plus, Godzilla too! Batman ’66 fan are ya? Godzilla fan, are ya? Fan of ’60s-infused pop art, are ya? Well, crack open your wallet: The California-based artist known as Shag (aka Josh Agle) will have three new magnificent prints for sale at San Diego Comic-Con — one saluting the classic Adam West Batman show (in two different color schemes), and the other a tribute to the King of the Monsters, Godzilla. Dig these — “Batcave Breach” and “The Drop In”: — A few thoughts: — Really dig that Batman print. I love how the villains are making their move while Batman, Robin and Batgirl are busy getting their groove on in the Batcave. It’s not the first time we’ve seen Shag take on the Caped Crusader mid-Batusi, either. In 2013, he provided the art for Mattel’s San Diego Comic-Con exclusive dancing Batman set:   — He also produced this print for SDCC the following year:   — How much are they? The prices are still unannounced — but they will not be cheap. Shag’s popular prints can go for hundreds or thousands. But here’s at least some advance info: The framed Batcave prints are approximately: 32” x 46” framed and 25” x 39” unframed. Each is limited to 150 prints. The framed Godzilla is about 18” x 25” and the unframed is roughly 9.25” x 17”. It’s limited to 200 pieces. Meanwhile, dig this — and check out shagstore.com. — MORE — Dig SHAG’s Swingin’ Tribute to SPIDER-MAN and STAN LEE. Click here. — BATMAN ’66 BAT-RADIO Replica to Be Released in 2022. Click... 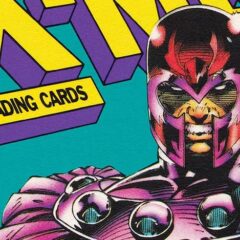 Another rad volume from Marvel and Abrams ComicArts… 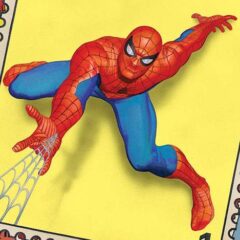 It’s delayed again — but there’s some cool stuff to see! 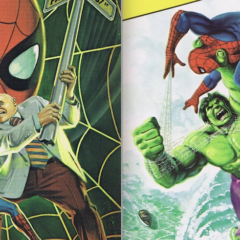 Two Classic 1970s SPIDER-MAN Prose Novels Are Back — Sort Of 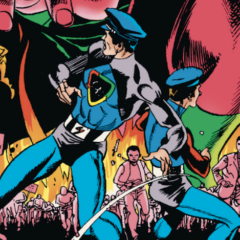 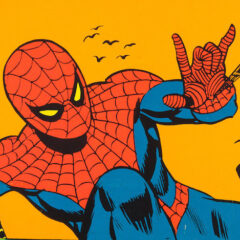 Break out the lava lamp, crank the Sabbath — it’s time to rock out again… 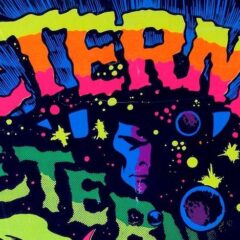 You’ve seen the first volume, now get ready for the second batch…