A talk with the erstwhile Boy Wonder.

UPDATED 7/6/17: This was first published in 2014. It’s Burt Ward’s birthday, so enjoy it again! And click here for more Burt Ward birthday celebration!

If I called this a Where Are They Now? column, you’d be right to reply, “Holy hoary chestnut!” I’m not big on them. Because to the people you’re writing about, they’ve been there all along. They just may no longer be in the public eye.

That sorta-kinda-not-quite describes Burt Ward, still the world’s greatest Boy Wonder (as I assert here). I’ve gotten to know Burt a little through my comics travels, which I gotta tell you, blows the mind of the 5-year-old sitting criss-cross, apple sauce deep in my soul. 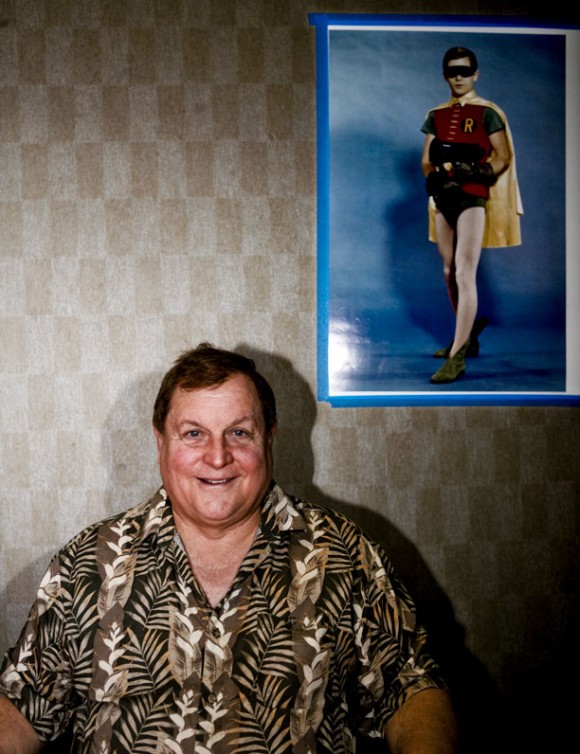 Burt’s a popular guy on the convention circuit these days, especially with the resurgence in interest in Batman ’66. And with the show finally hitting home video later this year, he’s got a pretty full schedule. He’s been traveling the country for a long time now, meeting fans who still see that boyishness through his 68-year-old visage. He’s funny and witty and tells his stories about his time in the tights.

And he genuinely seems to enjoy it all, even if he also seems a little mystified by the continued excitement. This is a man, mind you, who is really known to the world for one thing and one thing only: Being Robin.

And I get the distinct sense that he’s pretty cool with that.

But what he really loves is dogs. Big dogs. Big dogs who live at Stately Ward Manor (my term, not his) in California. And dog food. Tons of dog food that he’s developed. It’s all under the banner of Gentle Giants, a rescue charity Ward founded with his wife, Tracy.

If you see him at a convention appearance, he’ll mention it. There was a Bluewater Free Comic Book Day issue that played off it. 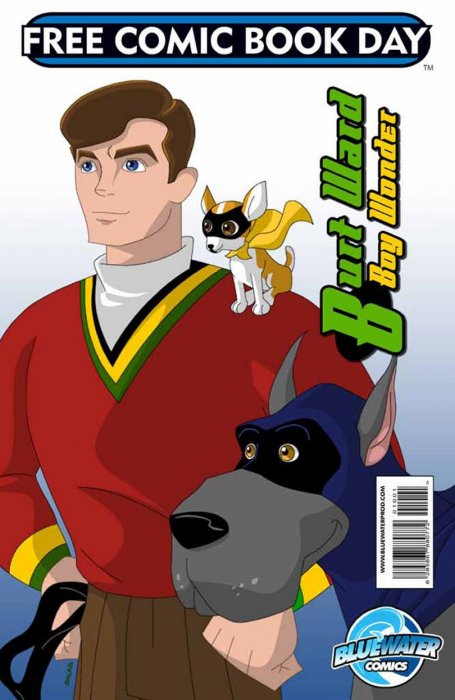 But get him talking privately about it and you practically expect him to bash a green-gloved fist into his hand and bounce on the balls of his feet, ready to alight for the Batkennel.

“My wife and I had been handling dogs our whole lives,” Burt said in an hourlong phone interview. “In fact, when I was doing Batman, I had some security issues so I had some attack-trained Dobermans that I was handling. We’re both expert handlers but in terms of rescuing, we started 20 years ago because here in Southern California where we live, there was no Great Dane rescue and all these beautiful gentle giants, where people had to give them up, were being put to sleep because there was nobody to take ’em.

“I remember the first week in August in 1994, I said to my wife, Tracy, ‘You know, this is a terrible injustice. Why don’t we, just for a couple of weeks, rescue these dogs so they don’t get put down? I’m sure we can find somebody to either take over the rescue or to find homes for them.’ Well, that was 20 years ago. We’re still doing it! We never found anybody to take it over.”

Along the way, he cultivated a dog-food line that he says helps extend the life of his charges. The food is sold in stores and through his website, which provides examples of dogs that appear spry well into their early 20s. He says he and his wife are coming up on 15,000 adoptions since 1994. 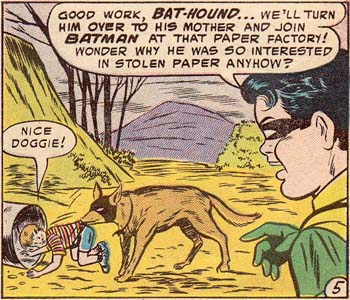 He’s got a big spread on five acres and the dogs, from tiny to enormous, have full run of the place, he said.

“So how many dogs do you have, actually, in your home?” I asked.

And I couldn’t help but laugh and blurt out: “What size is your home that you have 45 to 50 dogs walking around?”

“We’ve got about …” — now he laughed — “I told you, Dan, that this was gonna be an interview different than you expected. We have about 15,000 square feet so we have enough room. … And the dogs can go anywhere they want so at any given time I can have 10 or 20 or whatever around me.”

“I’ve done it for 20 years!” he exclaimed, clearly enjoying himself. 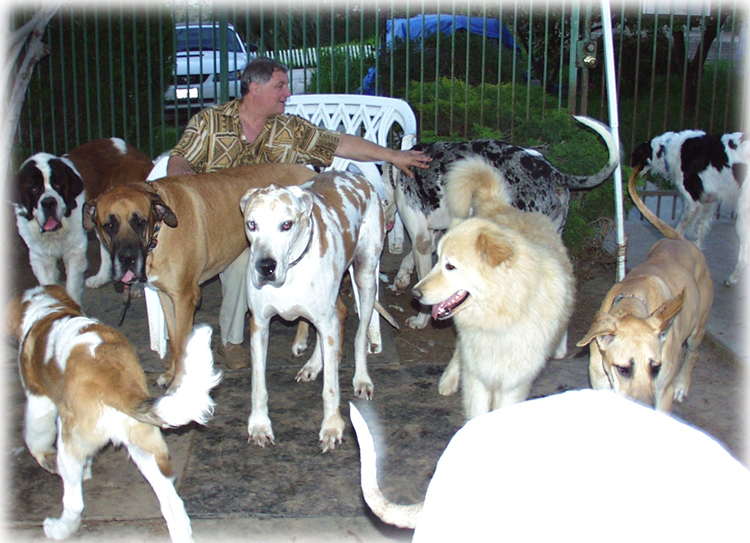 “But anyway, what happens is,” he adds. “Let’s say we’re sitting here talking, OK,  and I say ‘Hey, Dan, let’s go get something to eat.’ So we go into our kitchen. Well when we get up, all of those dogs get up and follow us into the kitchen. (I start laughing again).

“And, of course, when they get in my kitchen, even as big as my house is, there’s not enough room for them all to be comfortable. Understand? … So while you’re standing there making a sandwich, you’ve got all these dogs trying to get comfortable, adjusting, turning, bending, trying to … (Burt laughs) and FINALLY they get down and they’re comfortable and by that time you’ve finished your sandwich and you’re on your way back and …”

“…And they’re following you!” I chuckled.

One of these days, I have to see that.

Anyway, I’m not a dog expert. We have two cats. So if you want to look into it more, check out his website. Or if you get a chance to grab him at a show, ask him about because he LOVES talking about it.

But what I came away with as much as anything is that Burt Ward is not a Boy Wonder anymore.

Batbook of the Week: Well, we’re always gonna have Batman Eternal listed, I suppose. Issue #3 comes out this week. But my pick is Catwoman #30, by the awesome Ann Nocenti and artist Patrick Olliffe, whose pencils Ann was showing off at Asbury Park Comicon last week. It’s the start of a new storyline, where Selina basically competes with a bunch of other thieves to see who’s top dog. Or cat, I suppose. 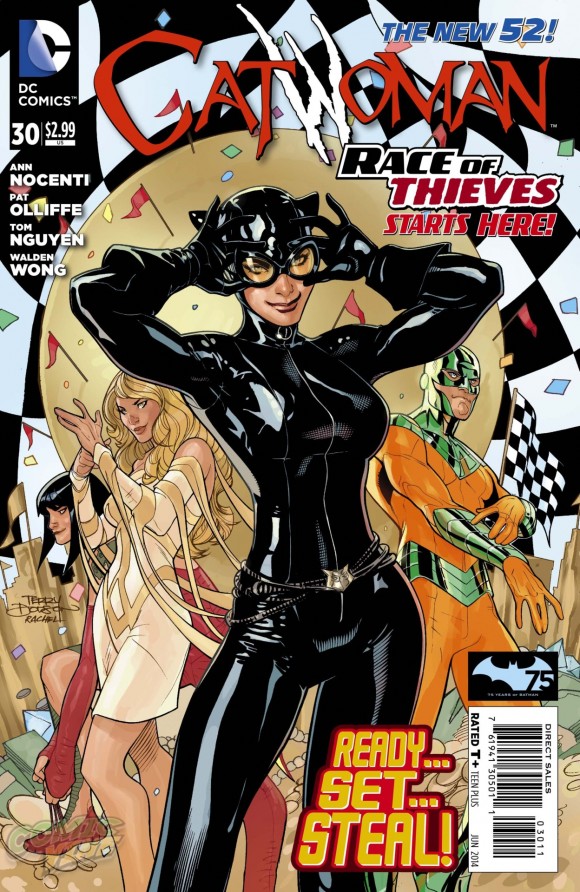