UPDATED 1/9/20: Burt Ward got his star on the Hollywood Walk of Fame on Thursday! Perfect time to re-present this piece that first ran on his birthday in 2015! Meanwhile, click here to check out coverage of Thursday’s event. — Dan

I’ve said before that Burt Ward’s portrayal of Robin is the platonic ideal for the character in any media.

So today, on the ever-youthful sidekick’s 70th birthday — I give you 13 examples of his best, brightest and funniest moments. 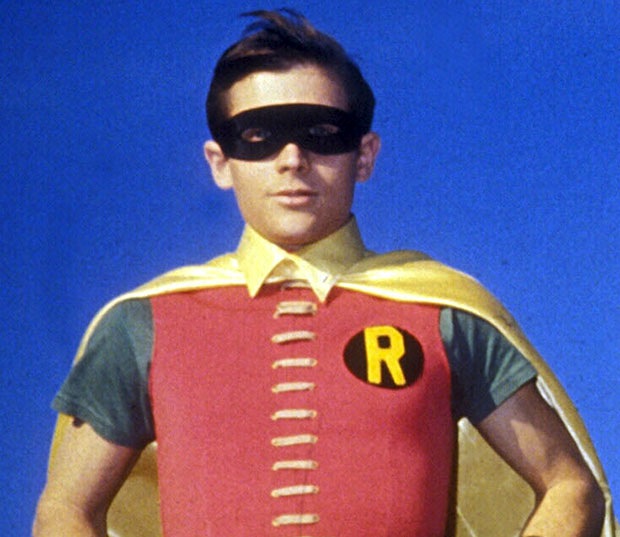 1. Jill St. John’s Molly takes over as Robin — and Burt Ward really sells it. Look, nobody is going to confuse Jill St. John and Burt Ward but when Molly disguises herself as Robin in the series debut, I actually do forget that it’s Burt there — except when he hilariously minces away from the camera just after “she” puts on the outfit. Holy gender bending!

2. Dick Grayson, Juvenile Delinquent. Hands down, Burt Ward’s best scene in the whole series — when he throws on a leather jacket and tries to get in good with Susie the Crooked Head Cheerleader and the Joker’s gang in The Joker Goes to School/He Meets His Match, the Grisly Ghoul.

4. Dick Grayson, Dancer. Robin go-goes with it as they enter a rock club where “The Twins” are playing while pursuing the Joker in The Zodiac Crimes. It’s not the Batusi, but it swings, baby!

6. Robin and Pussycat: The Great Romance That Never Was. After Robin is drugged in That Darn Catwoman/Scat, Darn Catwoman he gets grossly handsy with Catwoman’s sidekick Pussycat (Lesley Gore) — all guttural growls and lascivious leers. It’s an epically funny bit made even more hilarious by decades of hindsight subtext.

7. “Holy mush!” He said it twice — but the best time is when Batman escorts Catwoman to the police after their near kiss at the end of The Cat’s Meow/The Bat’s Kow Tow.

9. “Catwoman, you are not a nice person!” Robin ever-politely exclaims while dangling over the Feline Fatale’s pit of hungry tigers in Julie Newmar’s first appearance on the show — the series’ best episode, The Purr-fect Crime/Better Luck Next Time. 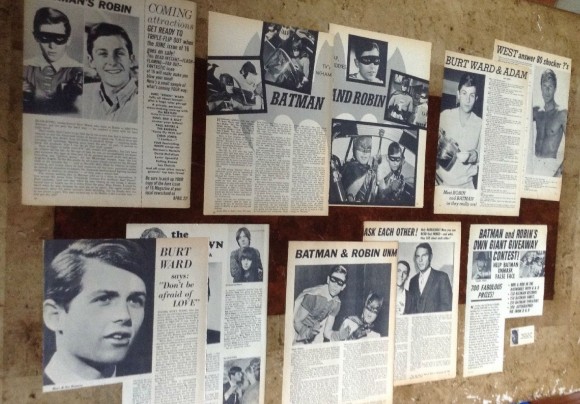 Someone was selling these on eBay.

11. Robin vs. Kato. The video above notwithstanding, you just know that Bruce Lee would have eaten Burt Ward’s lunch if not for the contrived “Mexican standoff” in the Green Hornet crossover. Sorry, Burt.