BURT WARD Opens Up About CRISIS and His New Hollywood Star

INSIDE LOOK: The Walk of Fame beckons the Boy Wonder…

We broke the news last year that Burt Ward would be joining Adam West on the Hollywood Walk of Fame and now that date is almost upon us — Jan. 9. (Click here for the details.)

Not just that, over the last couple of months you’ve gotten to see the erstwhile Boy Wonder reprise his Robin role (in a fashion) in The CW’s Crisis on Infinite Earths crossover.

Aaand, Ward is also launching a new event — Batusi for World Peace — which ties in to the unveiling of his Walk of Fame star.

Anyway, John S. Drew and I talked to Ward all about it on the latest episode of The Batcave Podcast. You can listen to it wherever you listen to your podcasts — notably iTunes and Stitcher — but you can also click here for a direct link.

— Reveals the secrets of filming his Crisis cameo — including whose idea it was to put him in that sweater.

— Discusses plans for the Hollywood Walk of Fame ceremony. 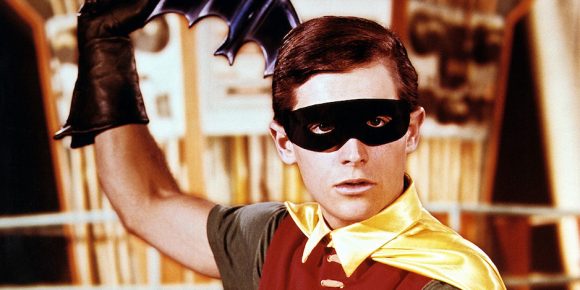 — Lifts the veil on the genesis of the Batusi for World Peace event.

— And, of course, his talks about continued work with rescue dogs.

It’s a nice taste of Batman ’66 to start the year — especially when you consider that 2020 marks the 80th anniversary of Robin.