BRUCE WAYNE Lights the Menorah and I Kvell

Gotham’s David Mazouz may be only a kid but for a brief moment he lit up the world for every Jewish Batman fan.

I’m not a religious guy, though I make my occasional references to being Jewish or celebrating this holiday or that. For example, my Chanukah tradition here at 13th Dimension is telling the tale of the time I snooped for presents when I was 8 and found the Mego Batcave. (Click here. It’s fun.)

Nevertheless, when I saw that David Mazouz, who plays Bruce Wayne on Fox’s Gotham, was lighting the menorah at Central Park’s Wollman Rink on Monday night — yarmulke and all — I was filled with naches. Such a mensch!

The lighting, for Chanukah’s second night, was organized by the Chabad Centers of New York City. 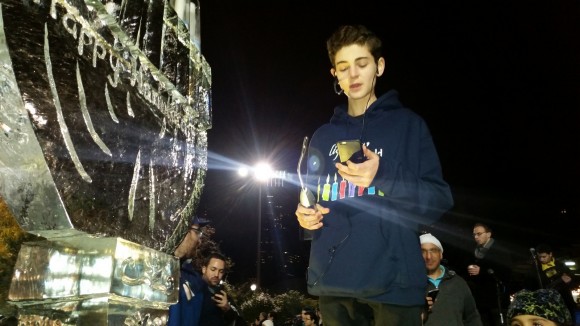 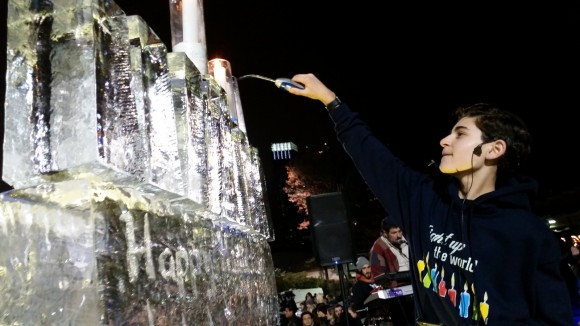 I interviewed David a little while ago and he was a bright, funny kid, just a couple of years younger than my own son. (Click here for the whole thing.) He told me he wasn’t able to play Arkham Knight because he didn’t have an XBox.

Here’s hoping Mom gave in because Young Master Mazouz made us Batfans proud.