BETA-TESTING JACK KIRBY: Where the Wild Things Came From 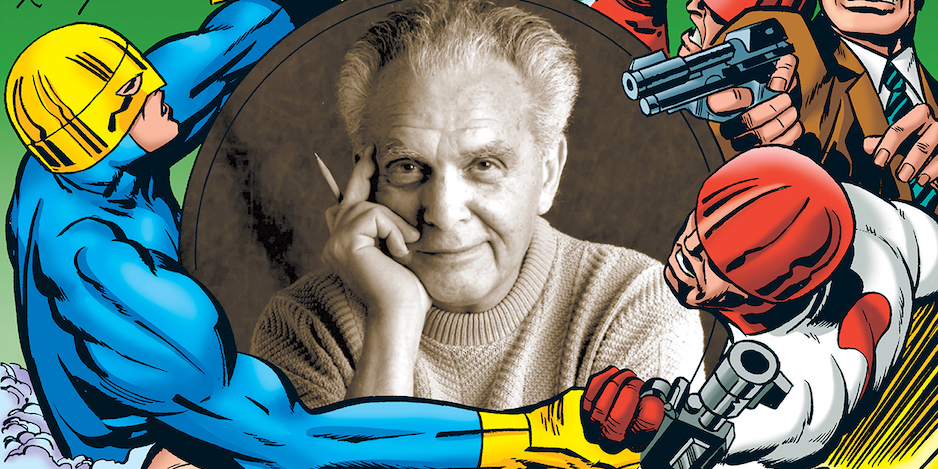 Whether the execution was always the best or not, there’s no denying that Jack Kirby’s insanely fertile imagination stands apart from the rest of comicdom.

But where did those ideas come from? How did they ultimately manifest themselves in print? And beyond the ideas that worked — what of those that didn’t? 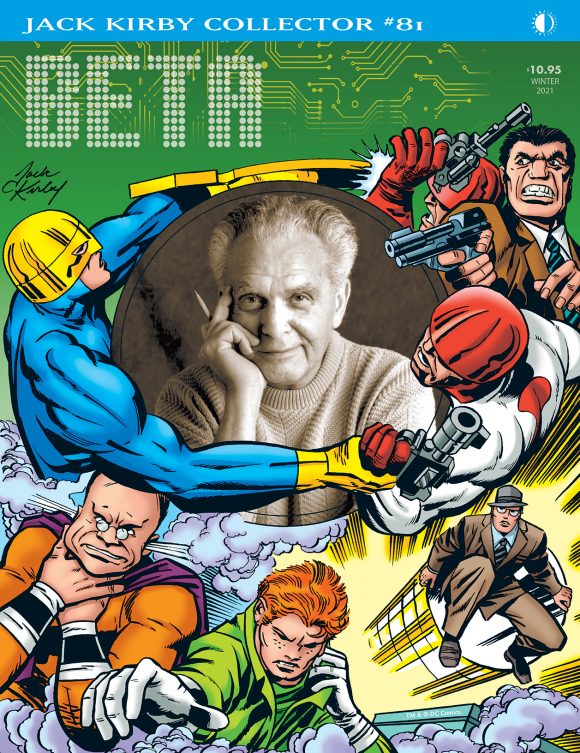 Peer into comics most prodigious imagination in the “Beta” issue of the Jack Kirby Collector (#81, with 84 full-color pages)! We’ll take a tour of his wildest, most experimental ideas, characters, and series, from the unhinged lunacy of Fighting American, to the non-stop inventiveness of Jimmy Olsen! There’s an interview with Jack himself, a look at Kirby’s inspirations for the “secret societies” that permeated his work (from The Project and Habitat to Wakanda and the Night People), the failed genius behind Kamandi’s “UFO Saga”, the many non-superhero genres the King explored during his career, and more! Plus there’s Mark Evanier’s Kirby Tribute Panel from the 2019 Heroes Con (with Mike Royer, Jim Amash, and Rand Hoppe), a pencil art gallery, and our cover featuring Kirby’s unused illo for Superman’s Pal Jimmy Olsen #141, inked by Vince Colletta! Edited by John Morrow.

— Don’t forget there are two issues of JKC still to come before then, both of which have been delayed due to the coronavirus: #79, “The Big Picture” issue (click here) and #80, which doubles as a trade paperback history of the Fourth World (click here).

— JACK KIRBY COLLECTOR #79 Will Be a Look at the King’s BIG Ideas. Click here.