Aimee LoSecco pays serious respeck to one of the great kitschy legends of comics.

In the wake of Gail Simone’s Red Sonja series from Dynamite, I came across a photo of Gail I fell in love with, not only because I love the crap out of Gail, but it reminded me of the greatest cosplayer of all time: Wendy Pini. 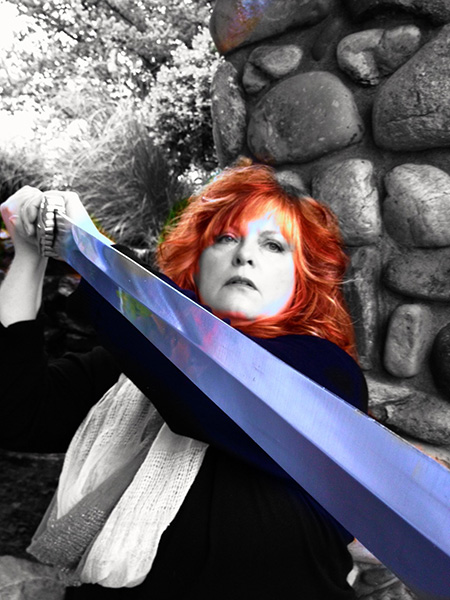 ElfQuest Wendy Pini? Yup. The one and the same. See, as Wendy became hot shit co-creating the greatest fantasy indie comic ever, she was also hot shit on the con circuit. How hot? Bettie Page hot. 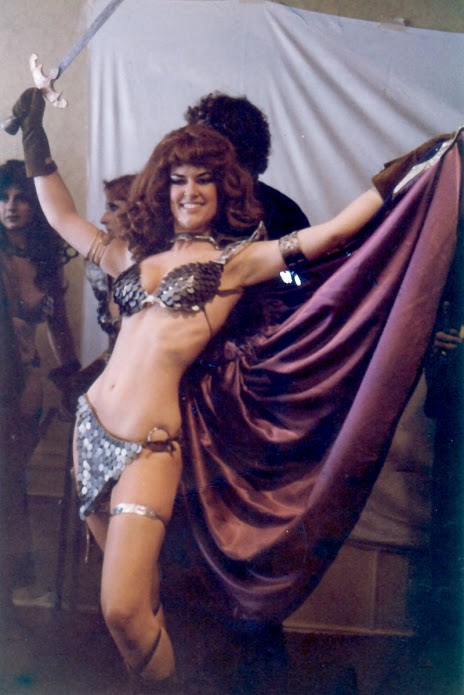 The original Queen of Cosplay, Wendy Pini was a member of The Hyborian Players, a troupe that put on shows at conventions in the mid-1970s. Wendy brought her A-game in a 20-minute show she performed with then-Conan artist Frank Thorne, called “Sonja and the Wizard.”

And Madonna Mia, did homegirl bring it! An intro by a ridiculously-clad, but fantastic storyteller Wizard, and Sonja strides upon the stage in all her glory. They launch into typical Ren Faire banter, with Sonja playing straight man to the over-the-top Wizard. Sonja chases him with her sword, they share a swig of grog, and Sonja delivers a few thoughtful quips about war, class and gender equality. A slo-mo fight with demons after her soul (projected onto a scrim) ensues, which Sonja wins and is rewarded with visions of her homeland. Visions which send her into a warrior’s Dance of the Seven Veils, minus the damned veils. The photo shoot afterward is like watching Bettie Page pose for “photo enthusiasts.” Only with chain mail instead of pasties. 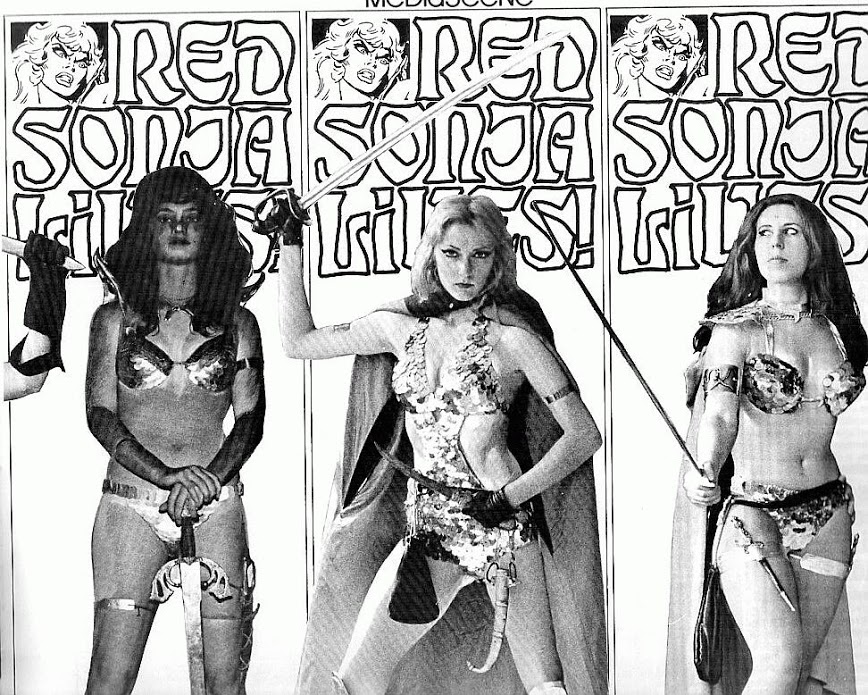 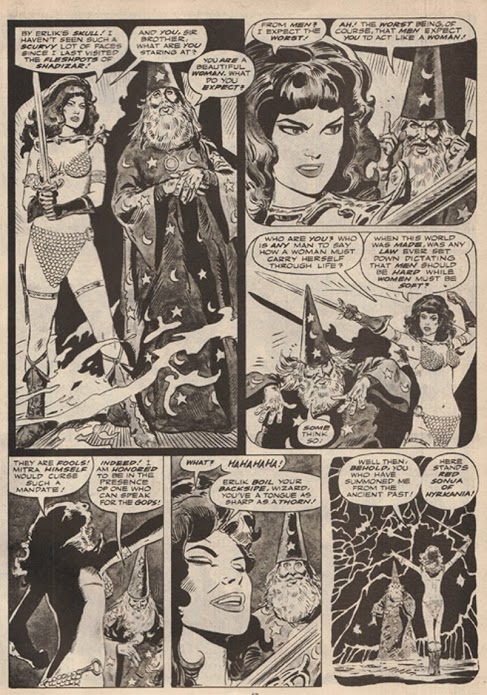 From a Frank Thorne Red Sonja story. Note the resemblance? 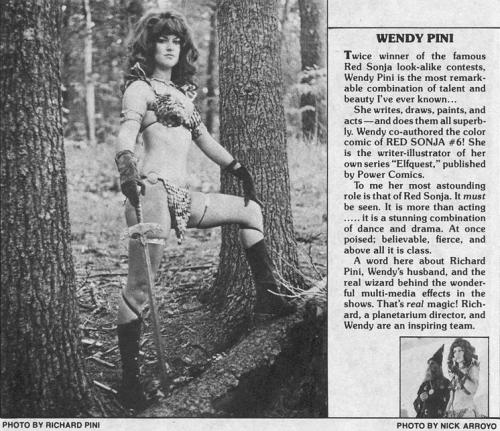 Photo by Richard Pini — the luckiest bastard in comics. 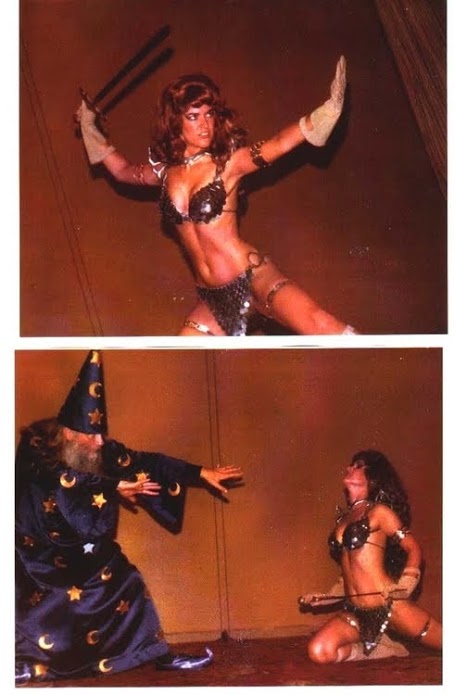 Clearly the production budget was spent on Wendy’s costume.

How big did this show get? Big enough to get on The Mike Douglas Show. Check this out: back on the July 28, 1977, episode there was a segment dedicated to the new and underground hobby of collecting comics (see how far we’ve come, kids?). Jamie Farr was co-host, and a huge comic fan to boot. He was the perfect support to Phil Seuling, the real star of the segment. Phil brought in a stack of comics, including Superman #1, worth $1,500 back then.

Toward the end, Phil produces a copy of Marvel Feature #4. Mike tells Jamie that a superhero wants to ask him to lunch. Wendy strides onstage in full Red Sonja regalia: cape, chain mail bikini, and flaming red mane; she grabs Jamie Farr by the collar and draws her sword to his throat. Take that, Klinger! You had the worst taste in dresses anyway. 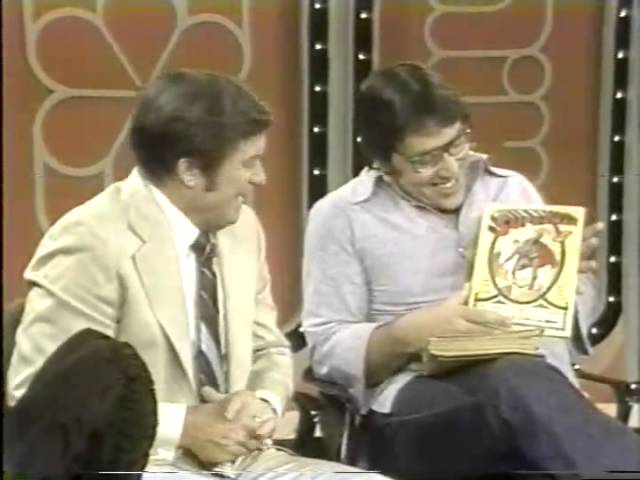 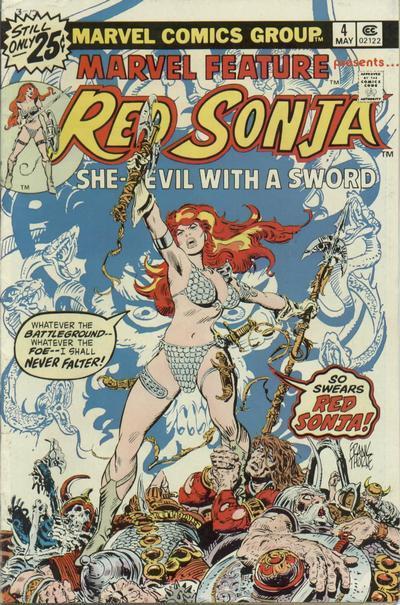 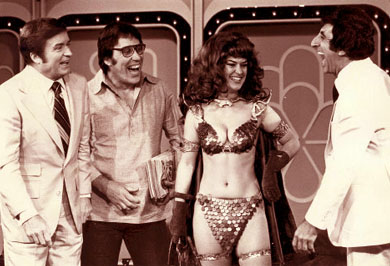 The guys appreciate the rivets in Wendy’s underwear.

Those who love Wendy Pini have one more reason to now. Not a simple cheesecake pin-up girl, Wendy embodied the independent, untamed, take-no-prisoners qualities that make Red Sonja a perennial favorite of fantasy comic readers. 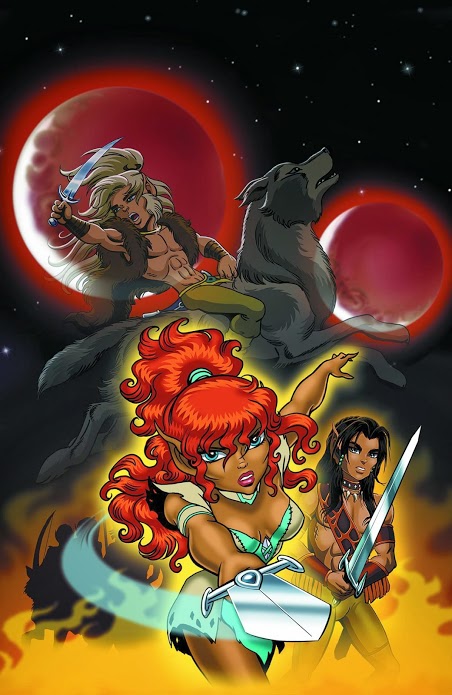