BATMAN: THE DEMON TRILOGY to Be Collected in Hardcover For the First Time

Home » BATMAN'S HOT-LINE » BATMAN: THE DEMON TRILOGY to Be Collected in Hardcover For the First Time

As DC adopted higher-end formats in the ’80s, one of the publisher’s biggest splashes was Batman: Son of the Demon, by Mike W. Barr and Jerry Bingham.

The 1987 hardcover original graphic novel worked as a sequel to Denny O’Neil and Neal Adams’ original Ra’s al Ghul saga, even though the Demon’s Head had been seen a number of times since that first, early ’70s arc. 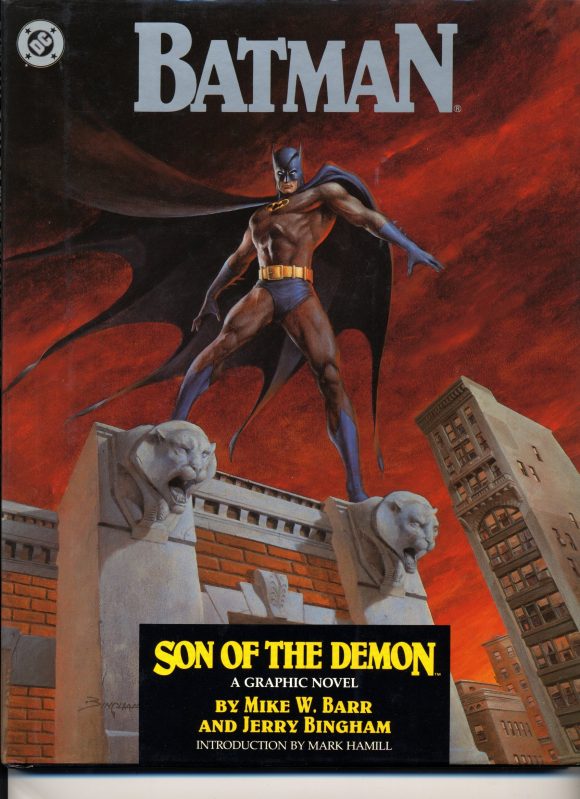 The book was controversial too, since it showed Bruce Wayne and Talia consummate their relationship, which led to the birth of a son. With such a status-quo-busting move, there were questions over whether the story was canonical but ultimately it didn’t matter: Grant Morrison took the bundle of Bat-joy and ran with it, giving us Damian Wayne decades later. (The baby, fully grown, popped up with a different name in Mark Waid and Alex Ross’ Kingdom Come, as well.)

In any event, that first edition led to two sequels: 1990’s Batman: Bride of the Demon, by Barr and Tom Grindberg, and 1992’s Batman: Birth of the Demon, by O’Neil and Norm Breyfogle — and now all three are being collected in hardcover for the first time this September, according to a listing on Amazon.

Check out the official description, along with placeholder art, based on Breyfogle’s Birth of the Demon cover: 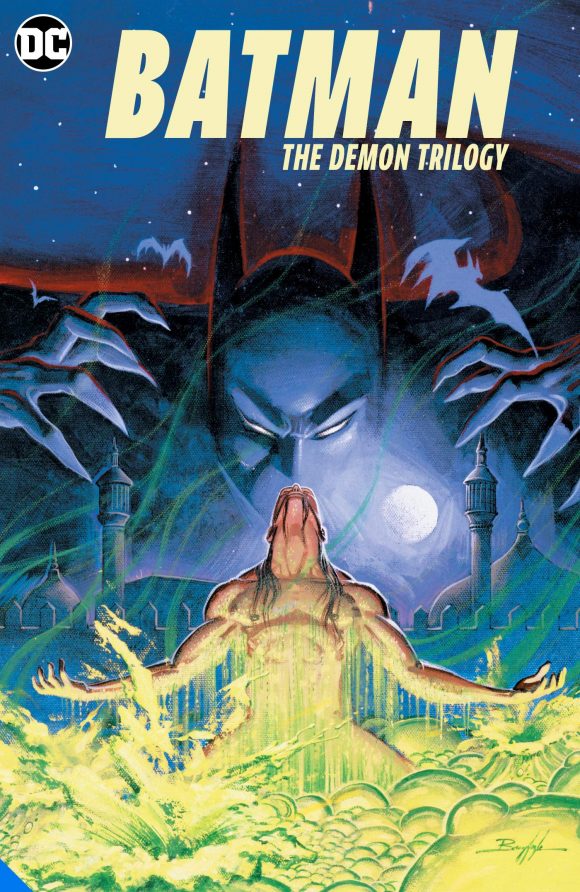 What connects Batman and the villain Ra’s al Ghul? Find out in this collection of tales of the Demon!

How did Ra’s al Ghul become the villain that he is? How would a union between his daughter Talia and the Dark Knight benefit him? Why would he want to father an heir?

Follow along as Batman lives through and tries to unravel the mystery behind the mind of Ra’s al Ghul! This collection of the three Demon tales contains the stories that explore the connection between Batman and the notorious villain Ra’s al Ghul. 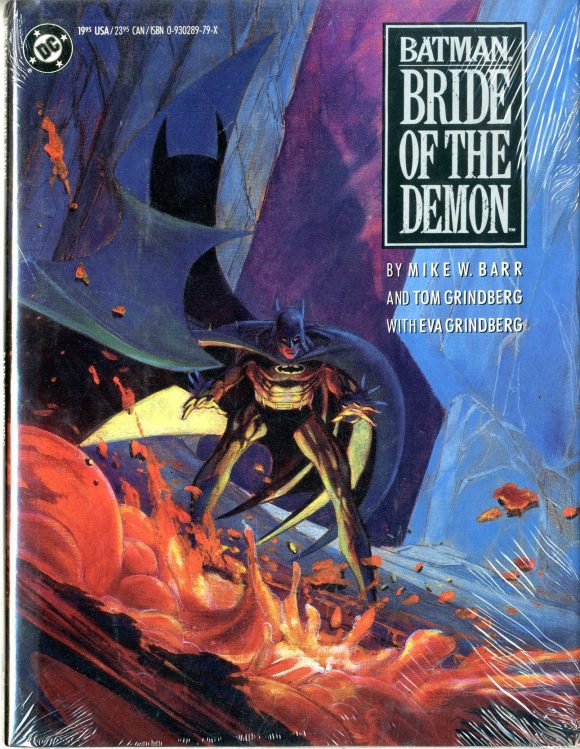 — Standard caveat: This has yet to be solicited by DC Comics, so any number of things can change between now and the September publication date. DC’s books are often a moving target, getting solicited, cancelled, resolicited and whatnot. So keep your eyes peeled for updates.

— According to the listing, the book’s dimensions are 6.6 x 10.2 inches — smaller than the original, oversized presentations. The 320-page edition lists for $75, though I’m not sure how accurate that is.

— In any event, all three stories have cinematic, epic scope, so if you’ve never read them, I recommend you do so.

— The three stories were collected before — in softcover in 2012, but that edition is long out of print.

— The Birth of the Demon is a Ra’s al Ghul origin story, and it’s just about perfect.

— BATMAN: TALES OF THE DEMON Returning to Print — At Last. Click here.