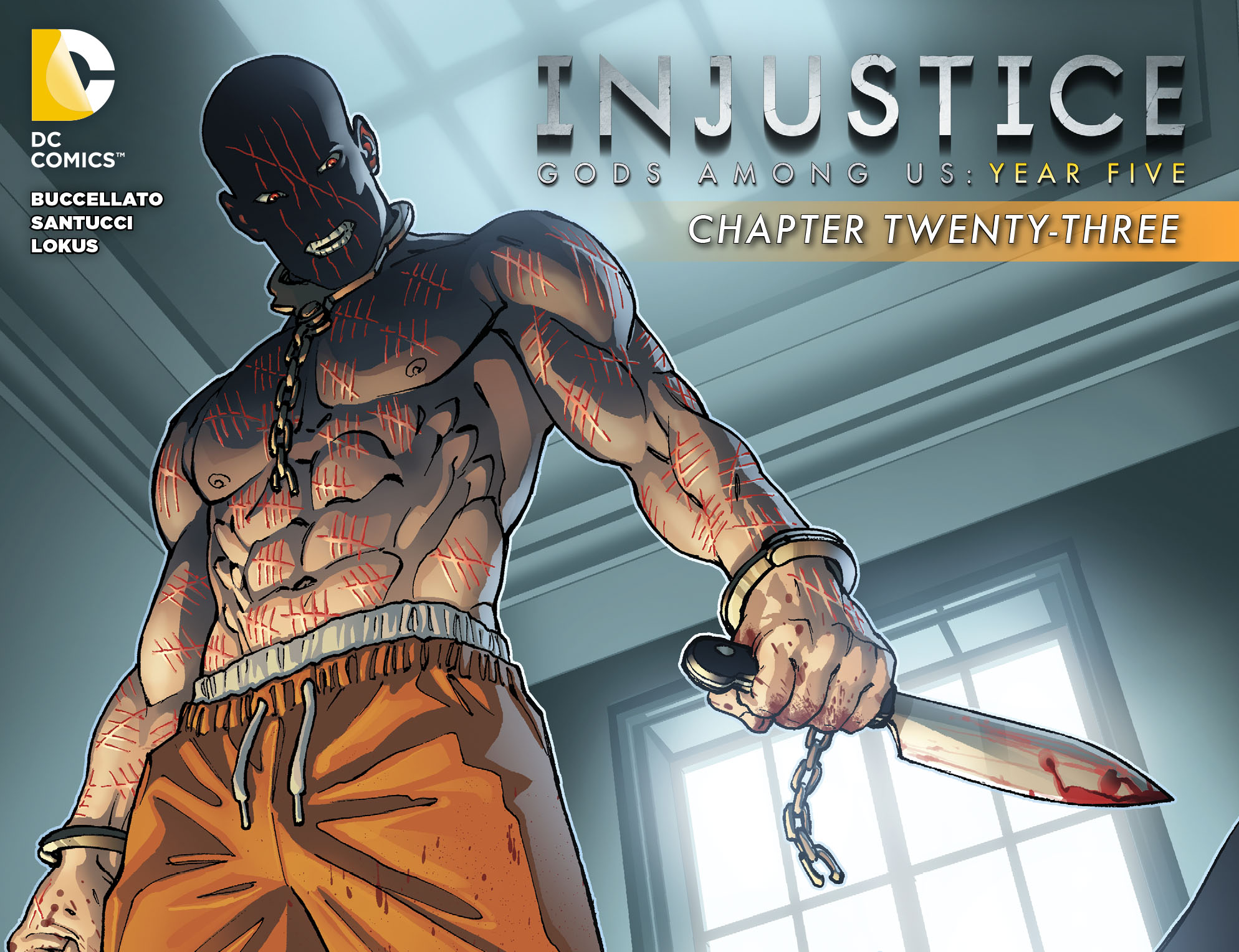 Yeah, amid all its other newsworthy events this week, DC went and killed off Alfred.

Mr. Zsasz was the culprit. He got into the Batcave and gutted the ultimate gentleman’s gentleman.

In today’s Chapter 23 of the digital-first Injustice: Gods Among Us — Year Five, writer Brian Buccellato offs the old man. So, it’s not DCU proper, but it’s still pretty brutal to see. (DC’s preview, shown here, doesn’t include the scene itself.) 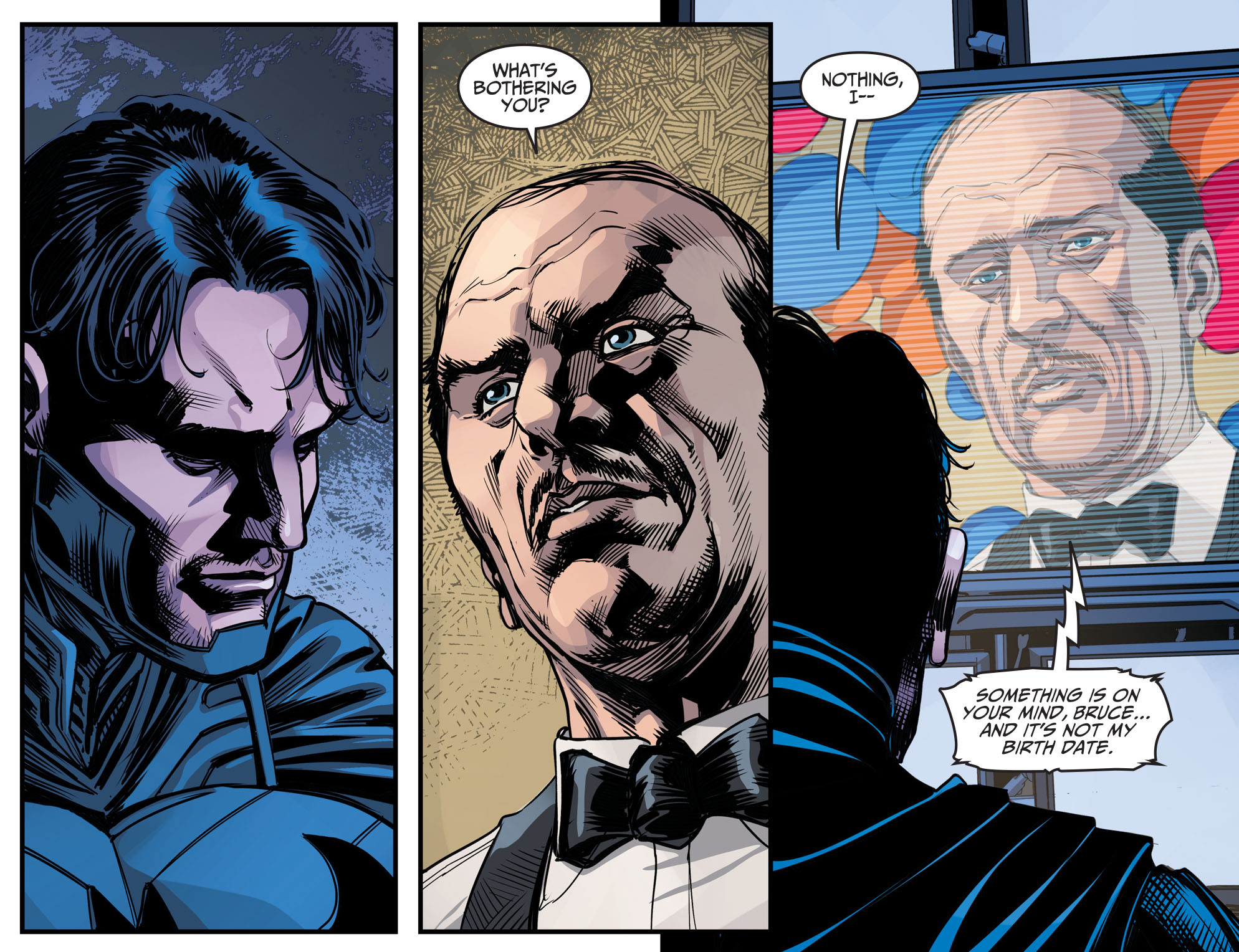 Now, if you’re not familiar with Injustice, it’s a comic that ties into DC’s online video game and posits a dark world where Superman rammed his arm through the Joker in revenge for killing Lois Lane (and their unborn child) and became a despot. 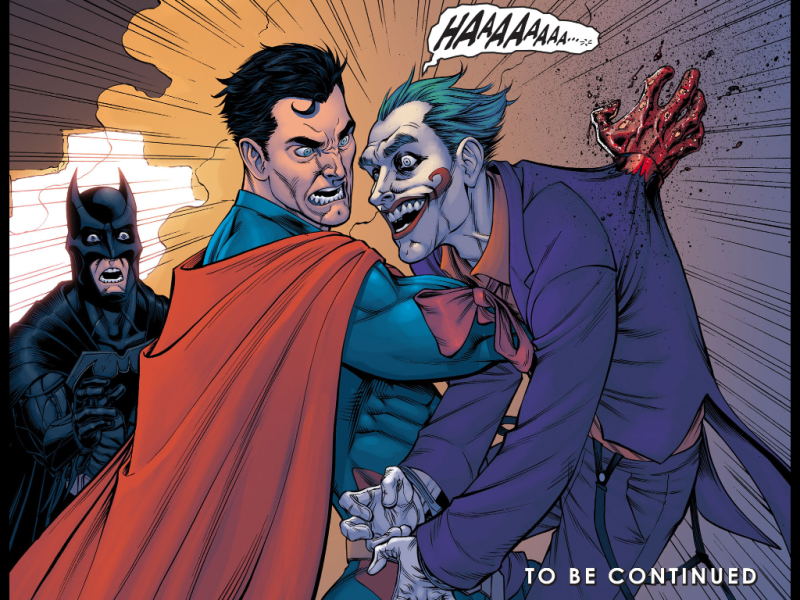 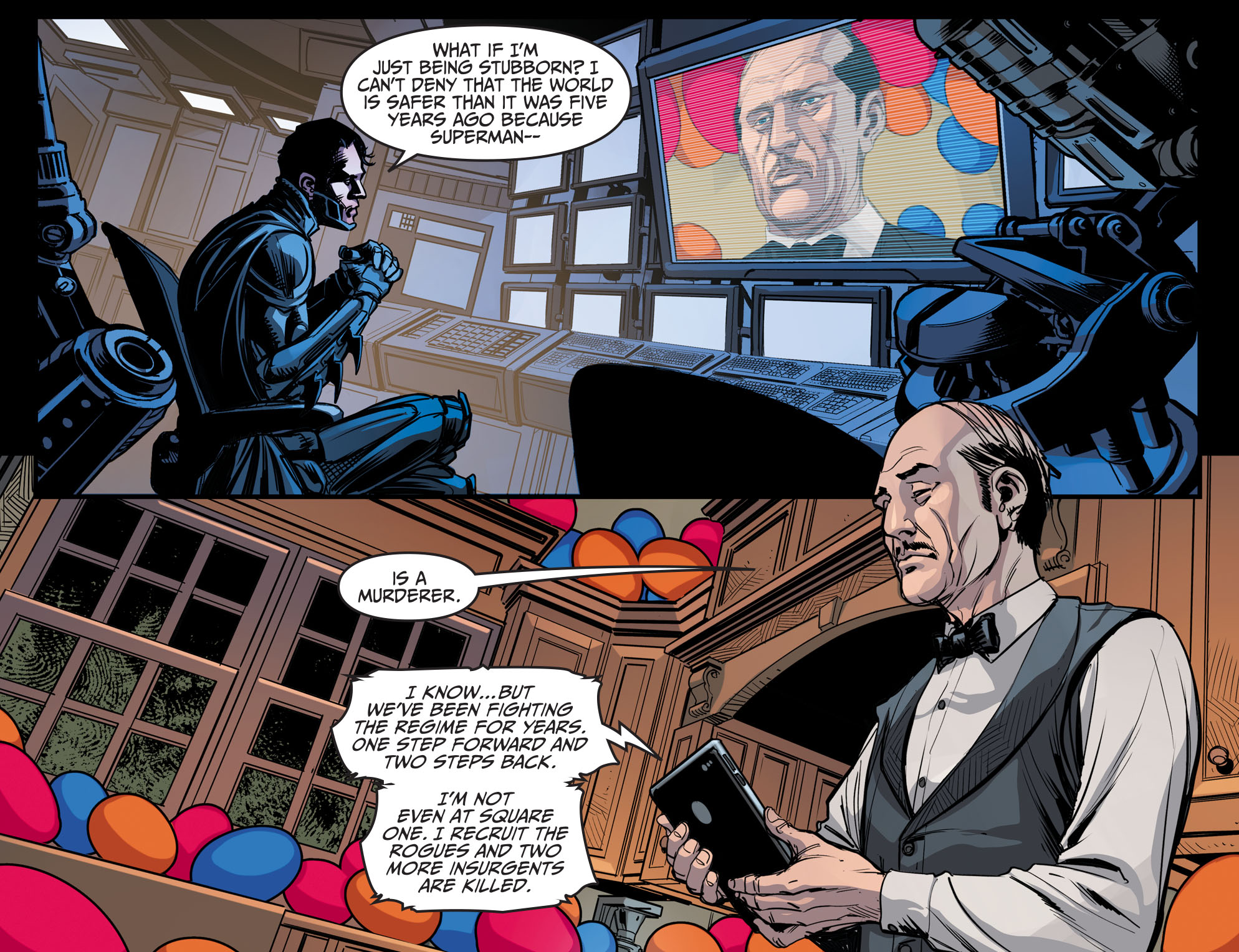 Thing is, though, not everyone will see it that way.

“Some people will be mad at me,” he acknowledged, “but it’s funny because online, and social media, people, when they criticize, they tend to criticize it because I’m not killing people off.”

He added, with a chuckle, “So I think there’s going to be a certain segment of the Injustice fan population who likes it because, y’know, some of them are bloodthirsty.” 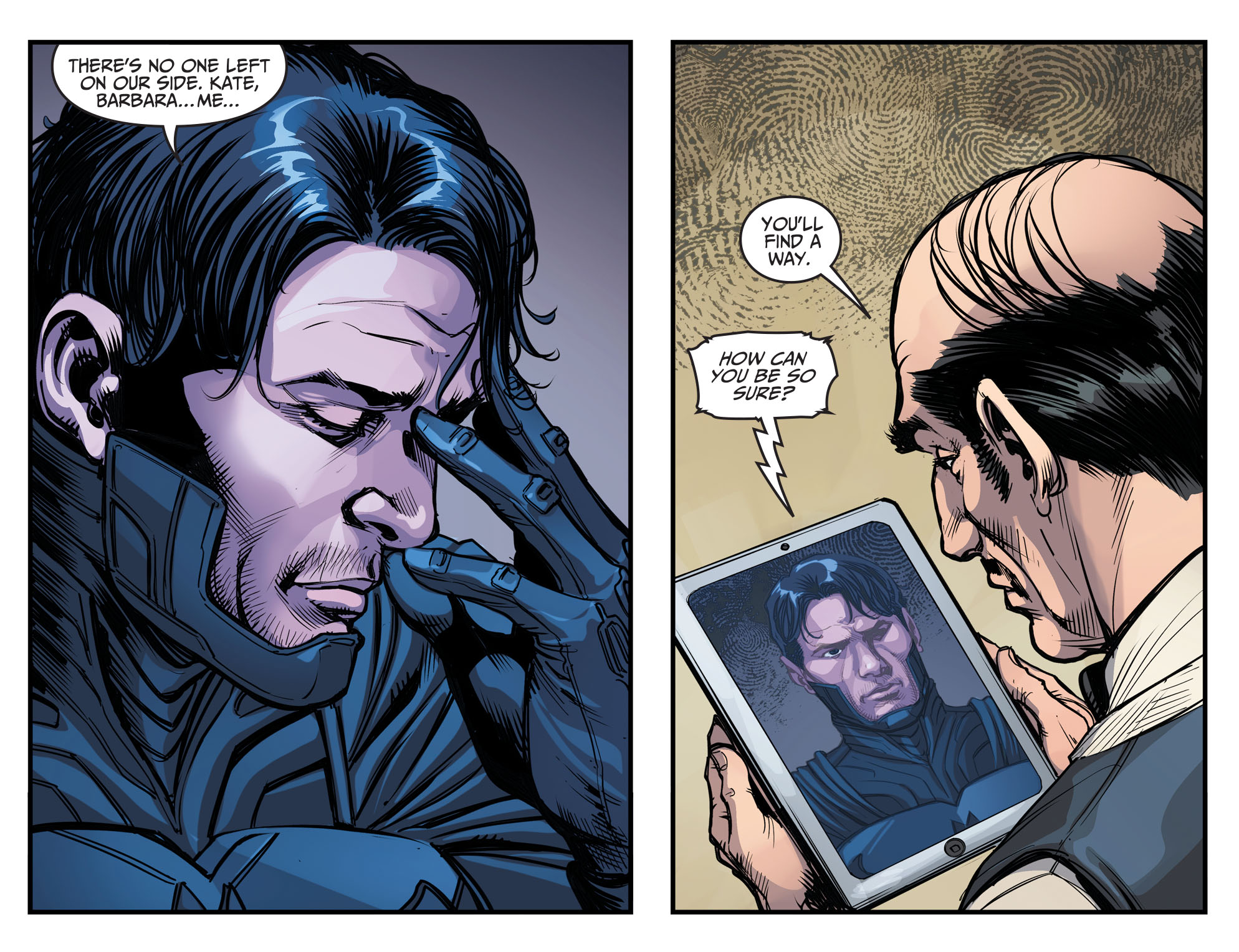 Buccellato said the reasoning for killing Alfred was to show how Batman would react if he lost someone so dear to him — just as the series has shown what would happen if Superman lost Lois and their baby. That’s what we’ll see in the coming chapters. (There will be 40 digital-first chapters in all in Year Five. Chapters are also collected into print editions.)

“I think overall … if people read the whole story, they’ll understand why it took place and what kind of story was generated from this, so hopefully they won’t be too mad at me,” he said. 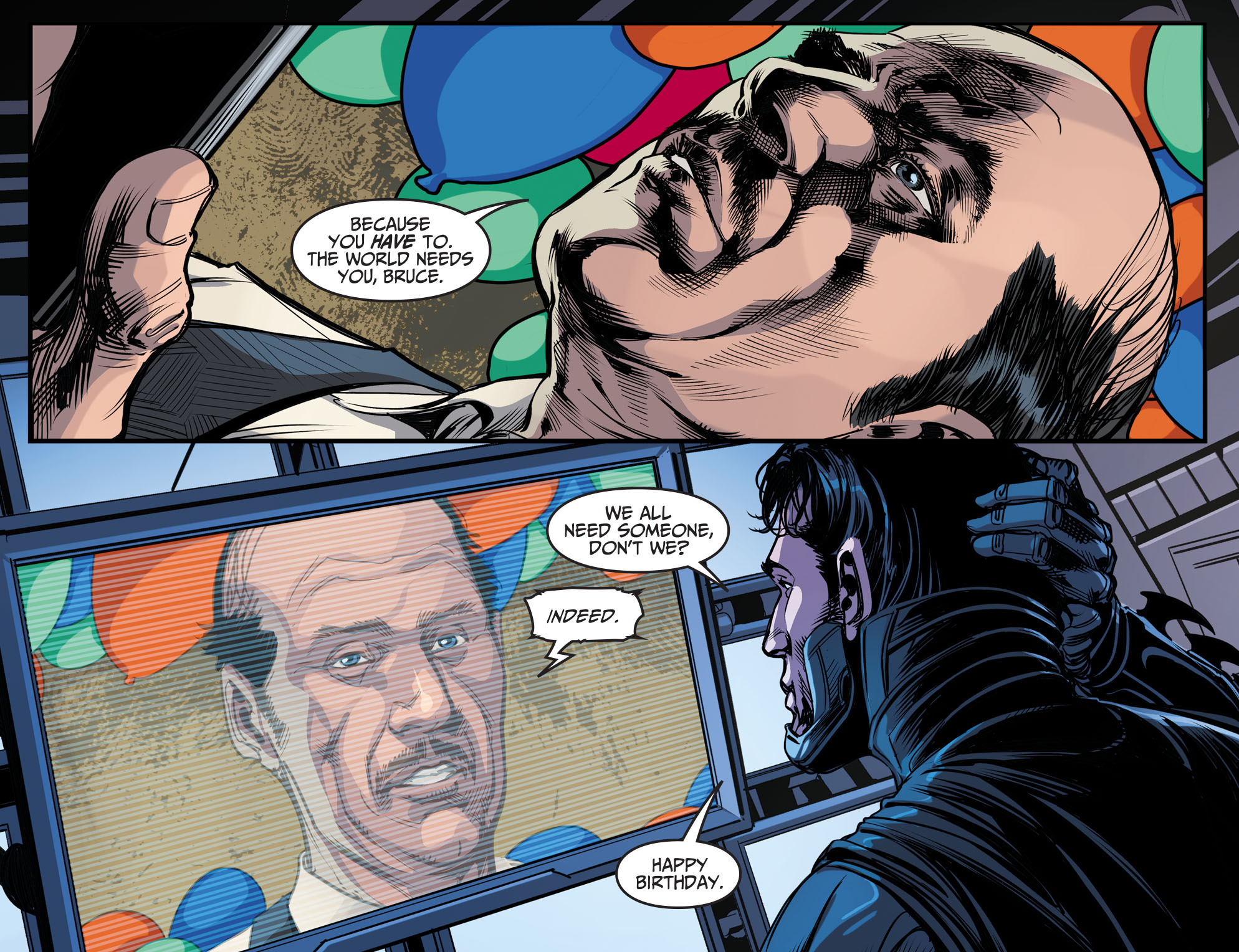 There was one more thing I was dying to know: Would Alfred be coming back as a supervillain with bizarre superpowers? 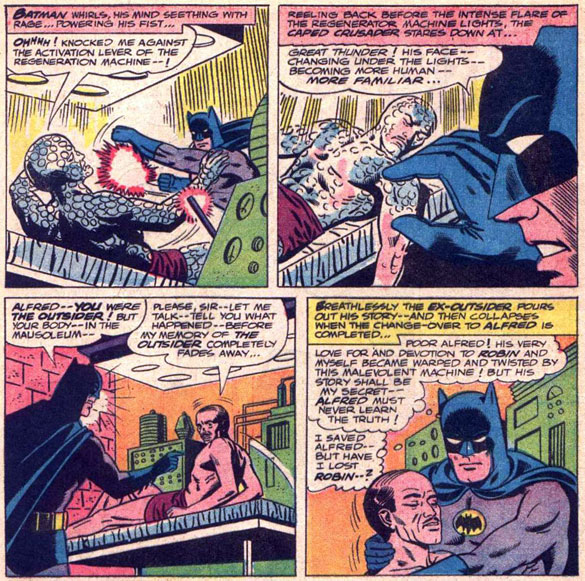 Sadly, the answer was no.