BATBOOK OF THE WEEK: Justice League #50

This is where that Joker thing happens.

UPDATED: For the full reveal from Justice League #50, click here. BUT YES THERE ARE SPOILERS!

Well, all I can say as I write this is that I’ve read it. But there’s a lot of confusion right now over what’s embargoed and what’s not since Rebirth details first started leaking late last week.

So I’m erring on the side of caution and not spoiling anything other than to say you’ll need to judge on your own whether this development is a good thing or a bad thing.

Either way, I’ll be returning shortly to this subject with quite a bit to say.

In the meantime, feel free to check out this piece I wrote about why it’s OK that DC is even doing this. 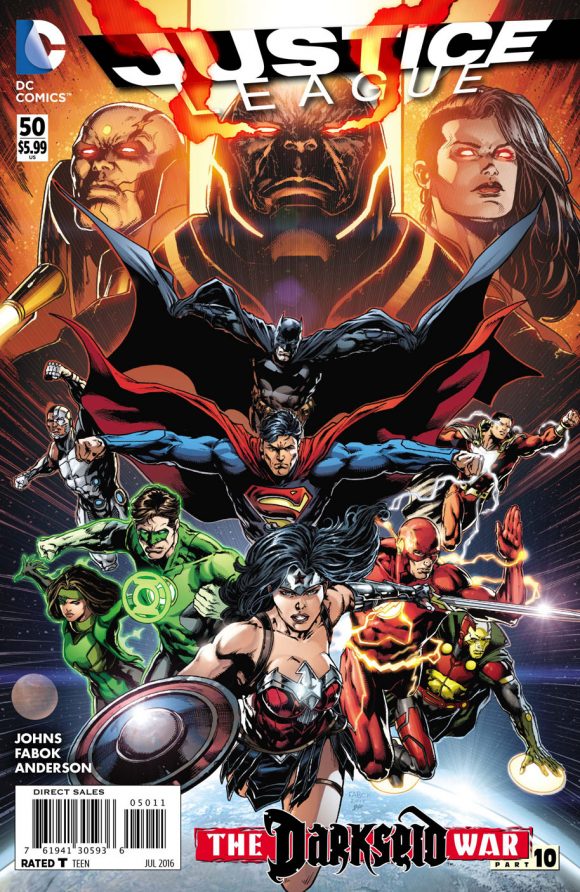 — Check out some BREAKING BAT-NEWS, here. DC has killed off a beloved member of the Bat-family. Sort of. (SPOILER ALERT)

— Batman ’66 Meets the Man From UNCLE #6 hits print. I thought the series was kinda slow until last issue, which was as much a James Bond tribute as it was a Batman/UNCLE story. (Click here for a preview.)

— The DC Universe Rebirth one-shot  is out, obviously. Every Batfan needs to pick this up. (Read more about that here. But beware of SPOILERS.)