BATMAN: How DC Announced THE DARK KNIGHT RETURNS to the World

Whether you’re a fan (like me) or a critic, there is zero question that Batman: The Dark Knight Returns — the first issue of which was released 36 years ago on March 20, 1986 — marked a seismic shift in the comics industry. To quote an overused term, nothing would ever be the same.

I remember being both mystified by and excited for the four-part 1986 series by Frank Miller, Klaus Janson and Lynn Varley, when I found about it. I can’t place precisely when that was but it could well have been while reading Batman #395 in January 1986. 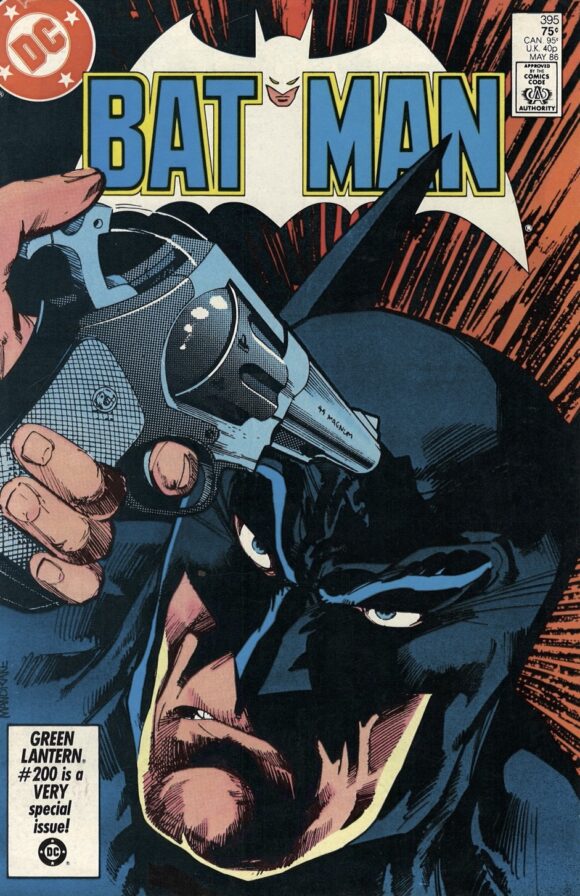 As I recently rediscovered, that’s the issue of Batman where DC Comics announced to the world that this supremely unconventional look at an older, future Batman was storming our way.

The news may have already been in the comics press by this point, and it might have been mentioned in a lettercol or whatnot, but as far as I can tell, this is the first time DC gave full details on the project to its readers.

The ad above appeared on a right-hand page. It looks cool but you don’t glean much from it. When you turn the page, however, Dick Giordano’s newest Meanwhile… column is behind it, on the left side. 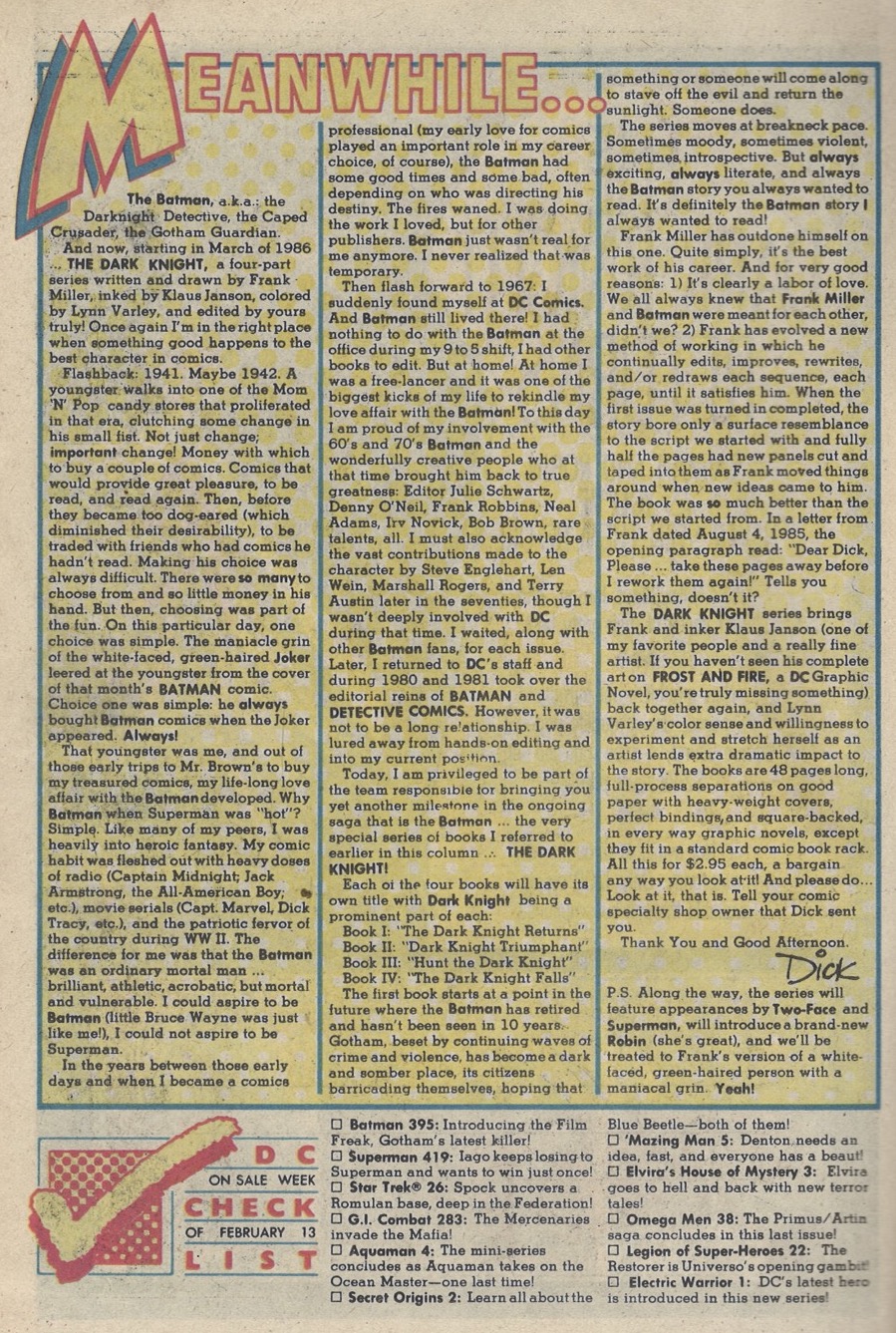 A rad little signpost on the road to something magnificent and bombastic, wouldn’t you say?

Leave a Reply to Will Cancel reply