The highlight of Tom King’s Batman run has easily been his portrayal of Batman and Catwoman’s love affair and engagement. (Click here for more on that.)

It’s been moving, adult storytelling with a sophistication uncommon in mainstream superhero romances, and he’s been wonderfully abetted by a series of first-rate artists, such as Mikel Janin, Mitch Gerads, Lee Weeks, Joelle Jones and Clay Mann.

Well, DC on Thursday pointed out that the storyline will cap off with Batman #50, due 7/4. (Or thereabouts. July 4 may be a Wednesday but it’s a holiday…)

The announcement was tucked into a larger press release (which you can read here) about the forthcoming DC Nation #0, a 25-cent comic with short stories and teases of major projects due this spring and summer – like Justice League: No Justice (click here) and Brian Michael Bendis’ taking over Superman (click here). 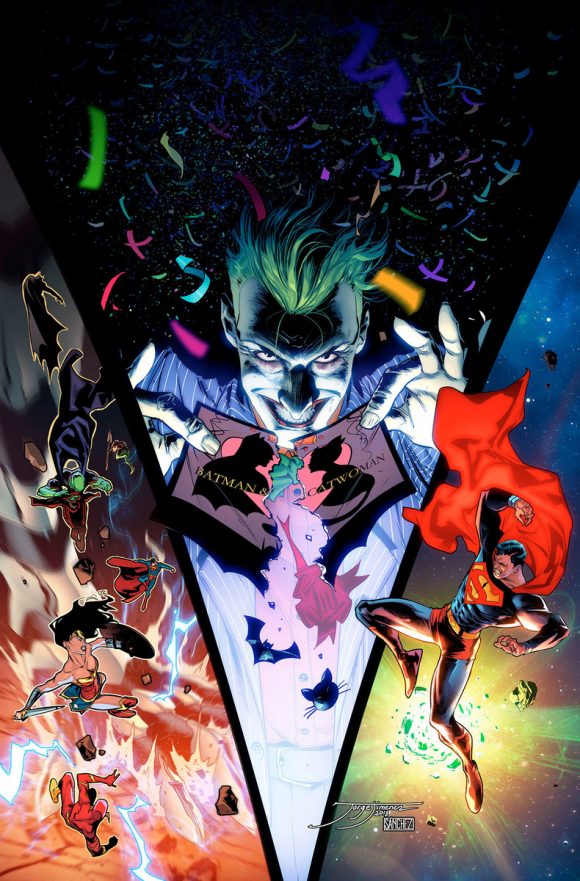 But here’s the salient line from the press release, highlighting the issue’s Batman short story: “In a Batman story by Tom King and artist Clay Mann, the Joker gets word about the wedding between the Bat and the Cat, and he’s not happy. With the wedding story arc reaching its climax in Batman #50 on sale July 4, the Joker will be that one wedding guest most likely to speak now and not hold his peace at all.”

So now we know to save the date. But the question remains: Will Bruce and Selina actually tie the knot?