This is pretty dang cool: DC in September will be releasing a box set that includes trade collections of the recent Batman ’89 and Superman ’78 comics. Best part, though, is the packaging. 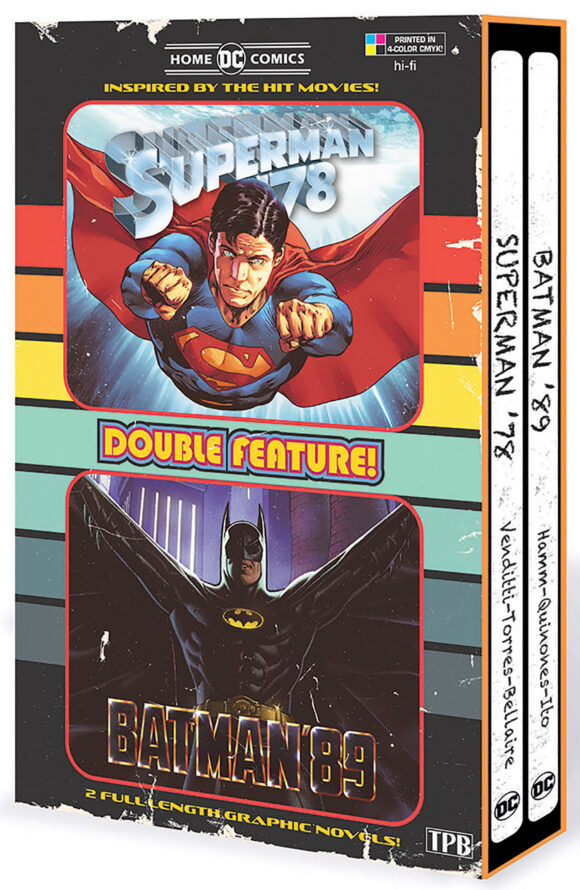 And here’s the solicitation, which will be released officially by DC later Friday.

You will believe that a man can fly and that a Dark Knight has returned in this box set collecting two spin-off graphic novels based on Richard Donner’s Superman: The Movie and Tim Burton’s Batman. Superman ’78 by Robert Venditti and Wilfredo Torres pits the Man of Steel against the alien menace of Brainiac, forcing Superman to make a life-changing sacrifice: leave the planet that he has come to call home in order to save it. Then, in Batman ’89, original Batman screenwriter Sam Hamm and artist Joe Quinones pick up where the 1989 film left off by introducing the villainous Two-Face to the Tim Burton movie universe. This box set is a must-have for fans of the original motion pictures who want to “rewatch” the adventures of their
favorite DC heroes again and again. 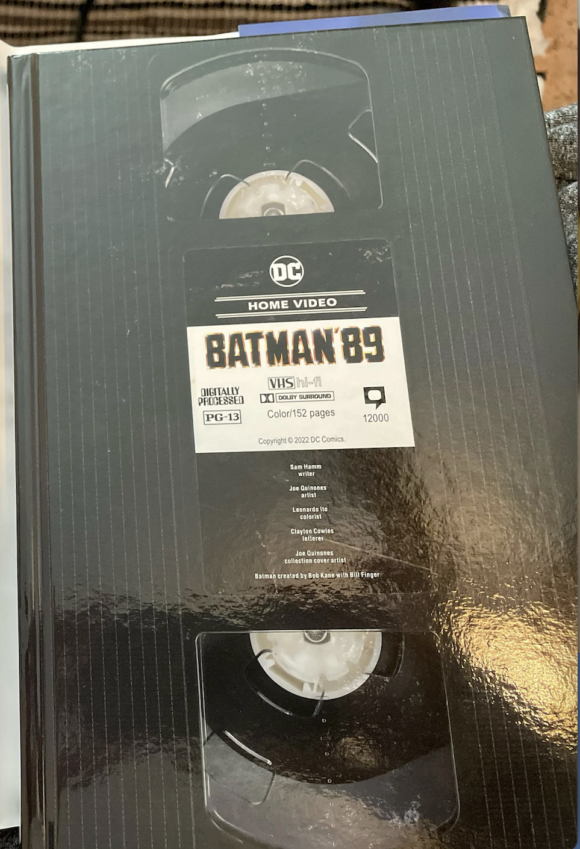 — DC has already released hardcovers collecting these minis and if you peek behind the dust jackets, you’ll see that each book is designed to look like a VHS tape. This, though, takes that concept further in a hilarious, very ’80s-style way. Love it.

— In case you missed it, look at the lower right corner of the set. “TPB” in the old “VHS” font. Brilliant!

— INSIDE LOOK: How DC’s SUPERMAN ’78 Comic Stacks Up Against the Movies. Click here.