A BIRTHDAY SALUTE: Len Wein’s revival of Calendar Man brought out the best in the acclaimed artist…

Batman #312 looms large in my personal comics history. The issue, written by Len Wein and beautifully illustrated by Walt Simonson and Dick Giordano, came out in March 1979 and was the first comic I bought when I made the fateful decision to try to collect new issues every month. In a very real way, this was my gateway from being a kid who had a lot of comics to becoming a consistent reader and collector. 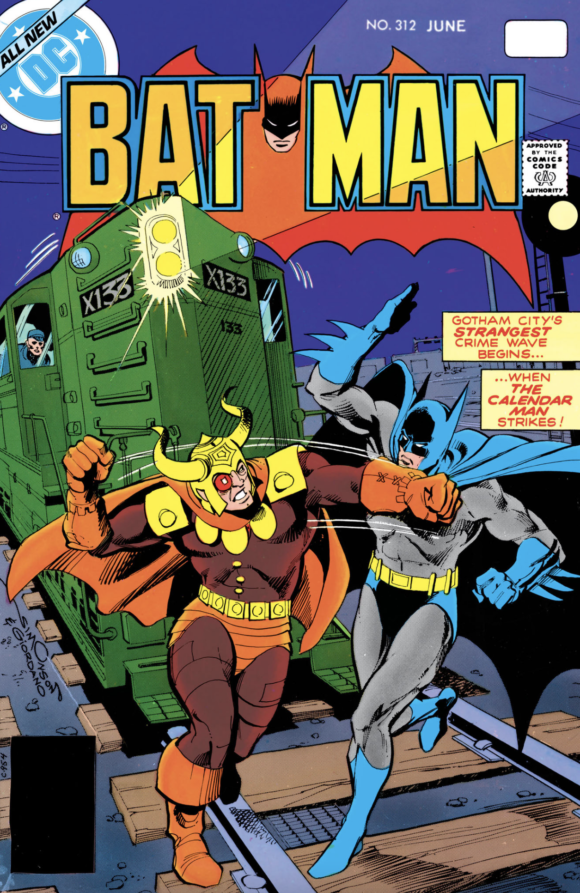 The timing was great because the issue is a real humdinger, featuring not the Joker or the Penguin, but the return of Calendar Man, a villain who had appeared only once before, in 1958. I’d never heard of him but Wein spun a fabulous tale that was perfect for a 12-year-old: Calendar Man frustrates Batman by executing crimes based on the day of the week, each time wearing a different, colorfully elaborate costume that plays into the daily theme. But rather than silly, it’s grand fun, with the story’s Bronze Age sensibilities keeping the plot from veering into camp.

Just look at one of 1958’s Calendar Man costumes in comparison to one of Simonson’s below: 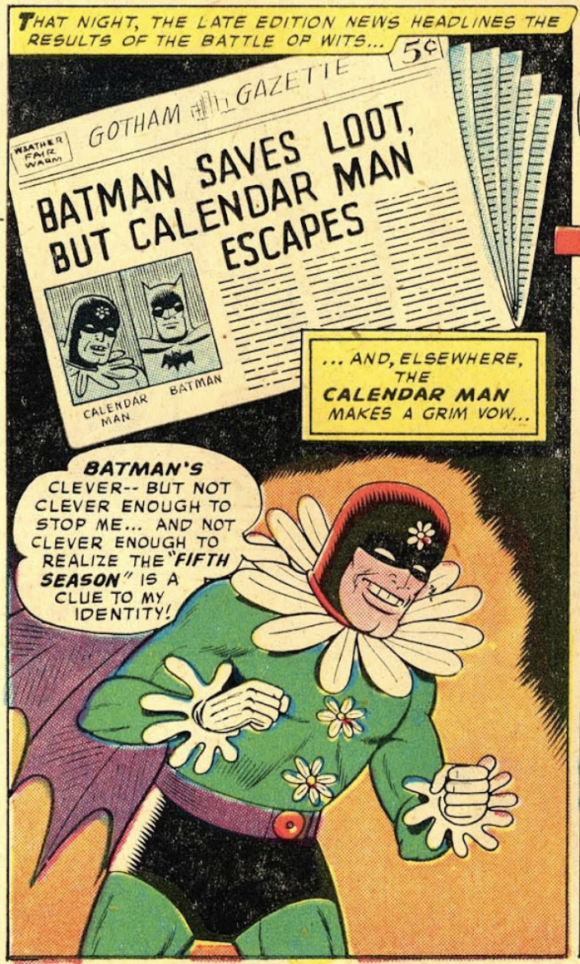 The costumes overall are Simonson unbound — fanciful and clever; his DC versions of Odin (for Wednesday) and Thor (for Thursday), for example, make for a great inside gag when you consider that just a few years later the creator would put his own emphatic stamp on Marvel’s Thunder God. (Years ago, I got to tell Wein that this issue taught me the etymology of the days of the week and he seemed surprised and pleased by that.)

Anyway, Simonson was born 76 years ago on Sept. 2, 1946, so for this year’s birthday salute, we bring you 13 PANELS (and sequences) from one of the most entertaining comics of the ’70s, a favorite that has deep meaning for me — and who knows, maybe for you too. 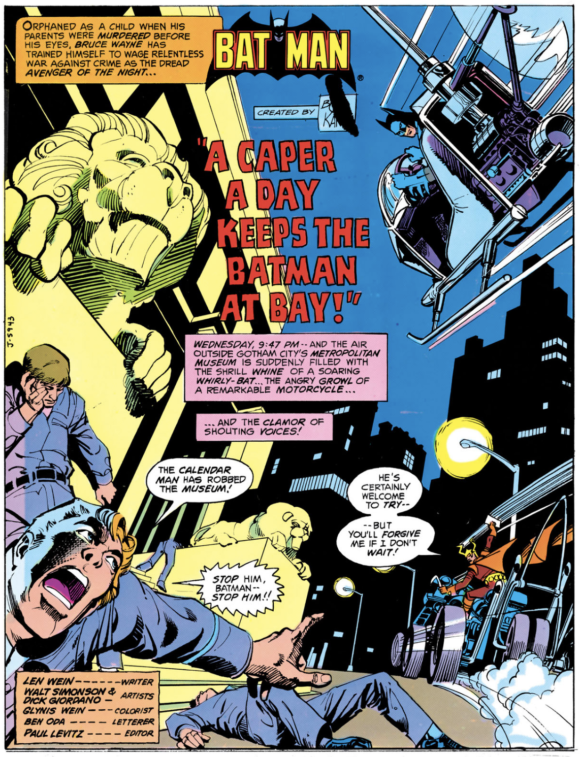 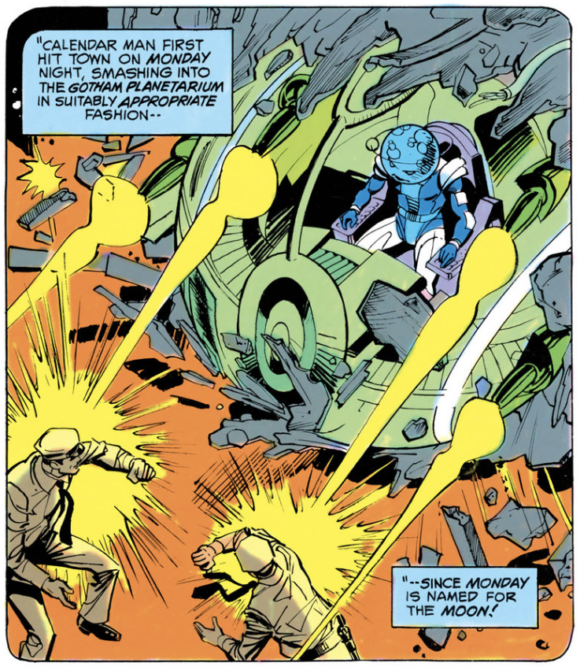 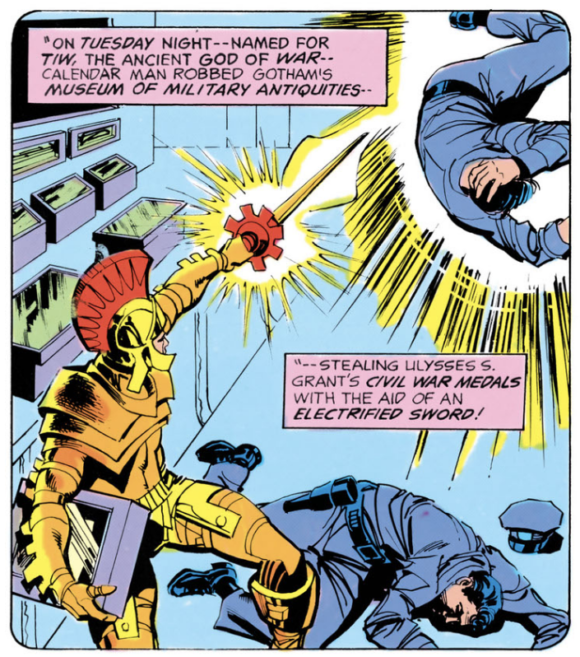 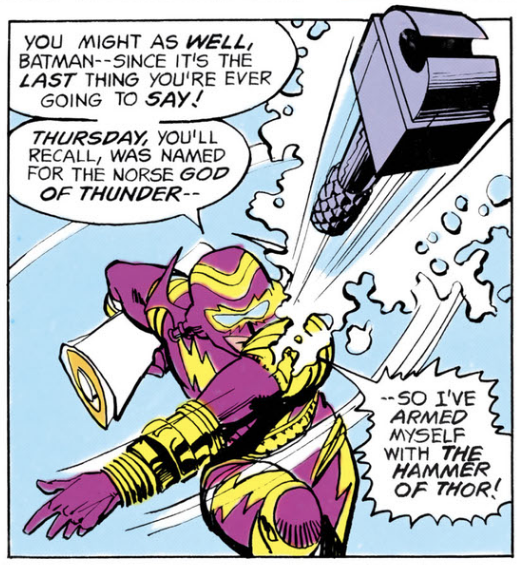 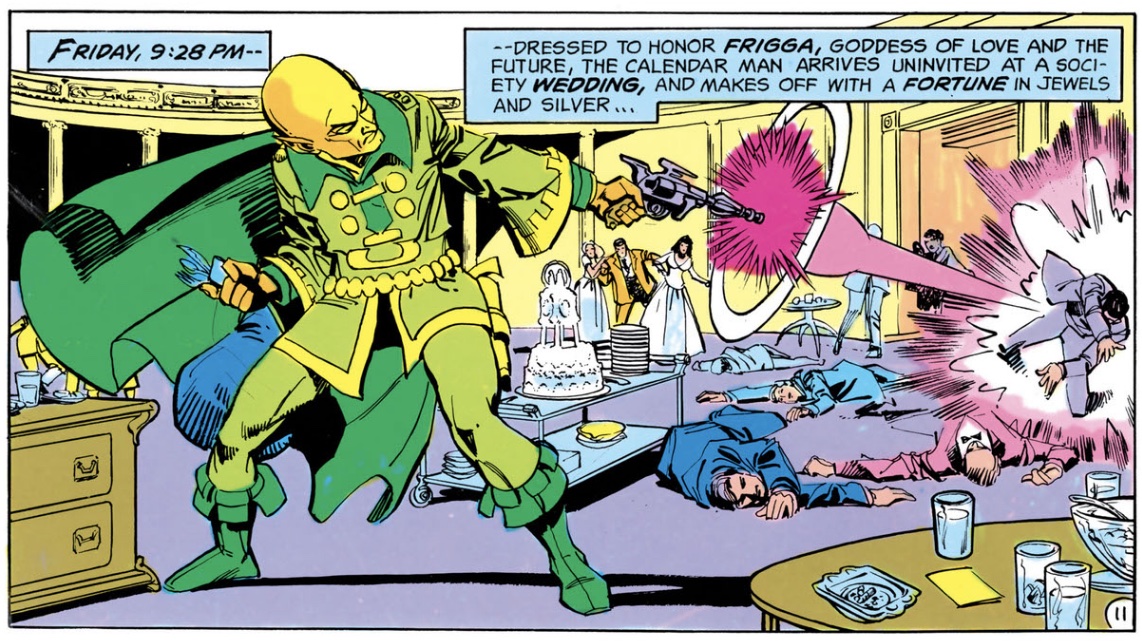 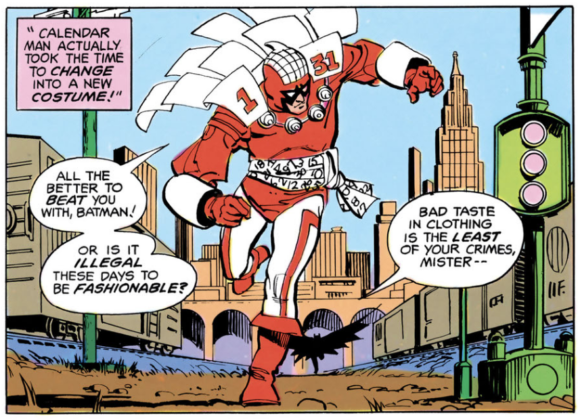 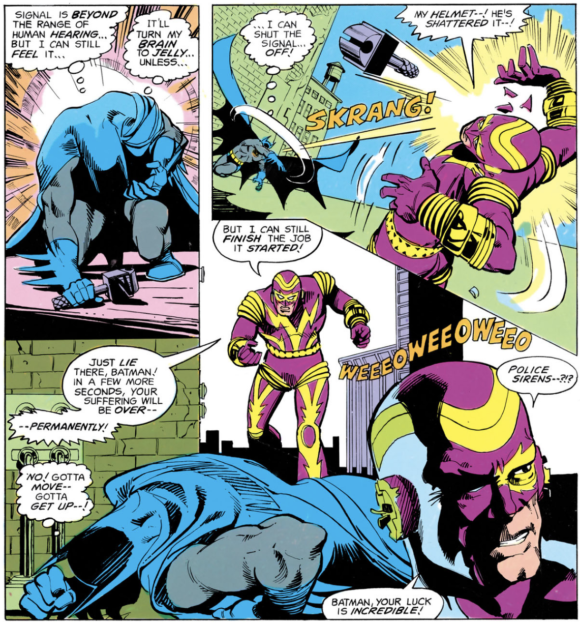 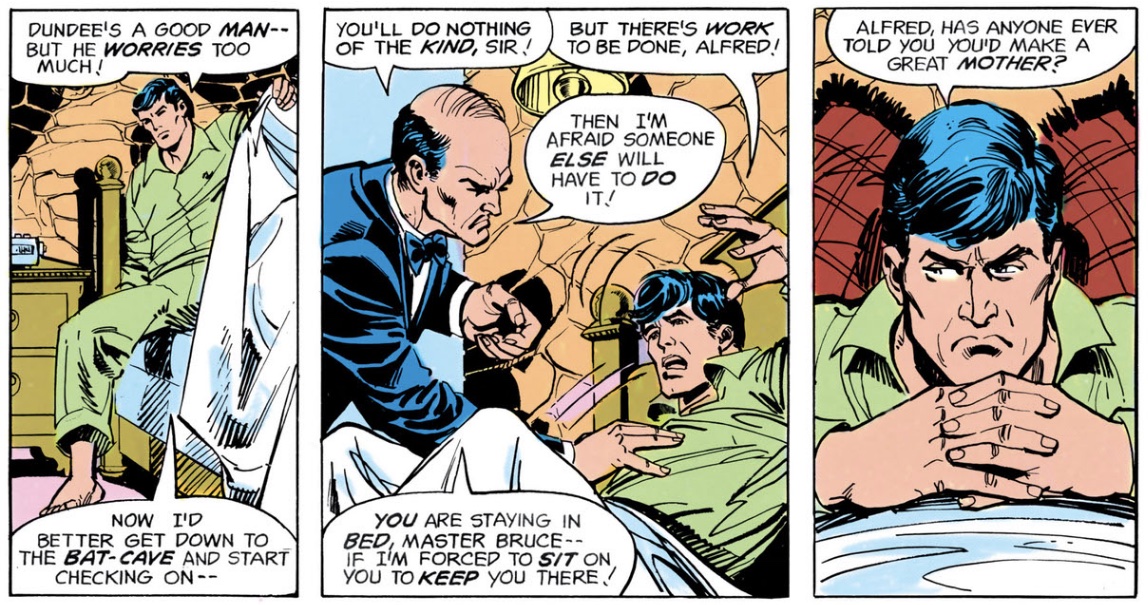 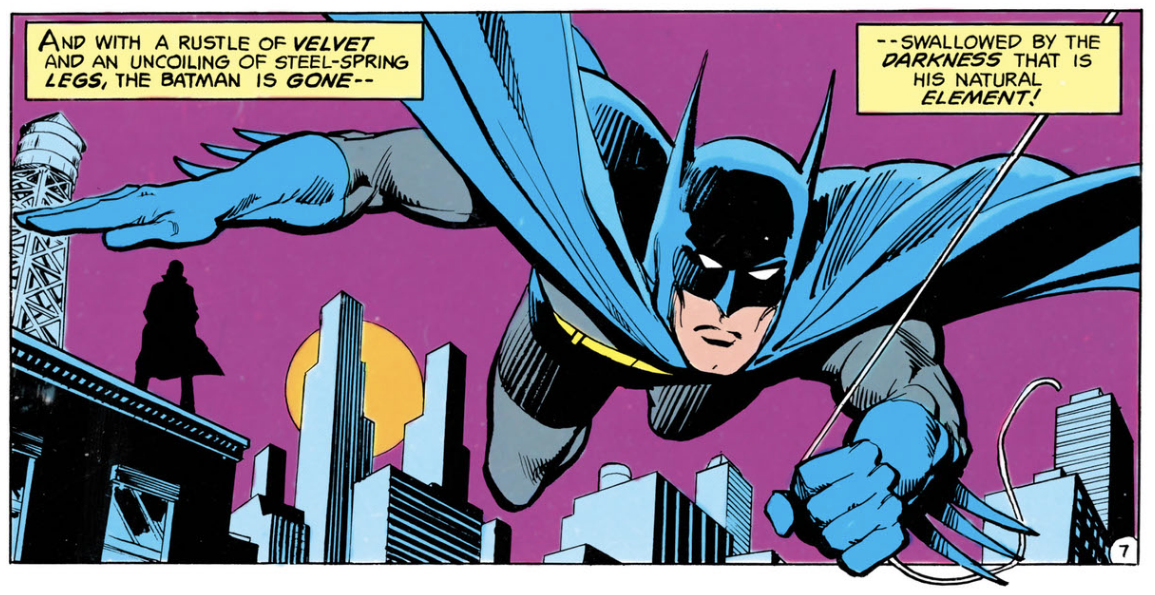 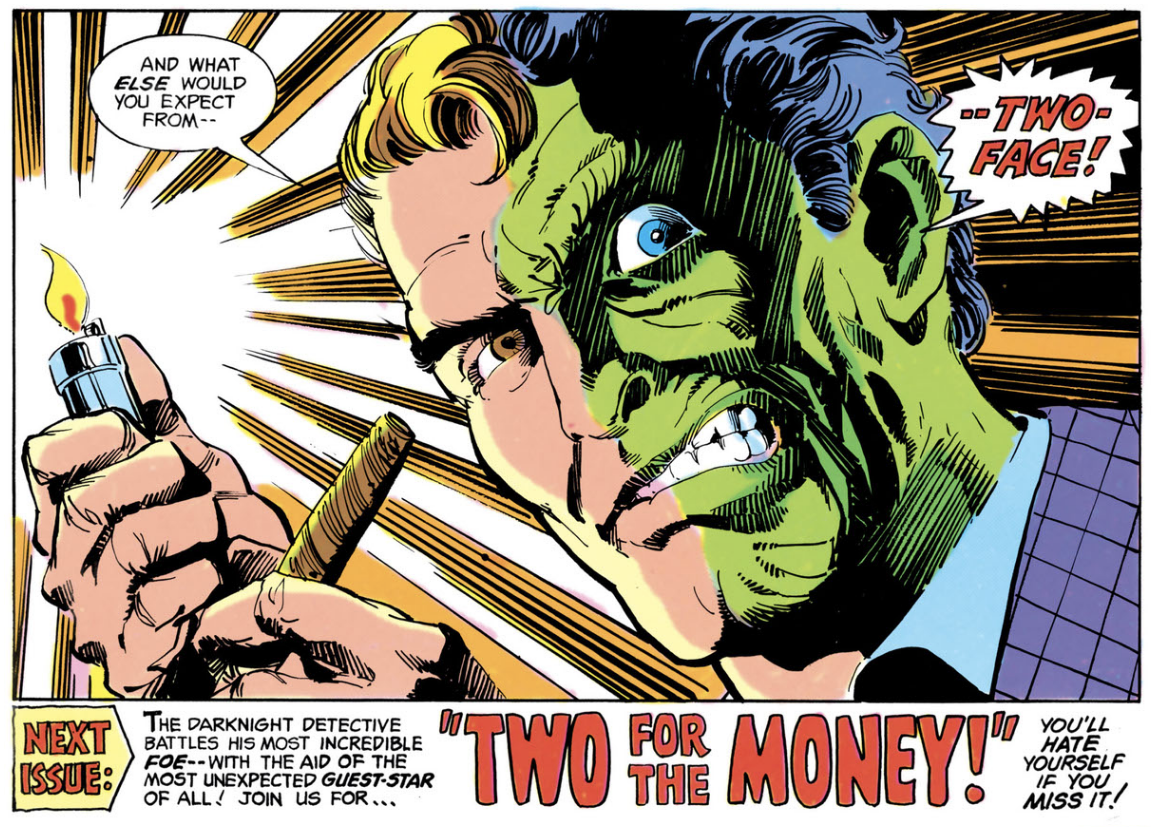